Insight: A Mistake That Dr Minnis Can’T Afford To Repeat 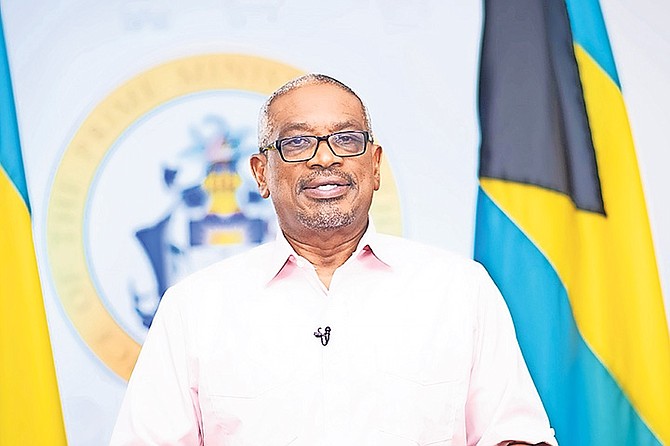 IT was only nine months ago that COVID-19 was still a new phenomenon we were watching from afar. Prime Minister Minnis, who has long espoused his affinity for the poor and downtrodden, did so again last December. When asked for a statement on a Department of Statistics assessment which revealed the Consumer Price Index had increased in September, he did not hesitate to remind the populace of his government’s charge to protect the poor.

“We feel that the wealthy, the rich individuals, regardless of the outcome, they would be able to survive and protect themselves. And we would still need them to help generate jobs, employment…

Prior to COVID-19’s impact, The Bahamas’ cost of living - per Expatistan, a cost of living calculation website - has been noted as being more expensive than 95 percent of countries in the world. This came at a time when tourism was on the rise and unemployment was trending down – a stark contrast from projections of more than 40 percent of Bahamians being unemployed.

When the competent authority made the decision last Monday to put the country into an additional seven-day lockdown effective immediately, one could only imagine the despair of those desperate for a reprieve. As families huddled together around TV sets, Prime Minister Minnis’ words echoed through living rooms all around New Providence. A stunned populace witnessed the unconscionable - the feeling that policies purported to have the citizenry’s best interest at heart are instead more punitive in nature.

Despite what supporters of the Prime Minister inside and outside government say, the reality is such a decision may have been his costliest mistake during this entire term.

The Prime Minister walking back his decision looked much more like the realisation of the gravity of his mistake than concerns about the possibility of an approaching storm.

Naturally, many Bahamians that want to believe the competent authority intends to do what is best for the country have a very difficult time believing that now. Consider this series of questionable decision making: the borders were opened prematurely; we are not testing adequately; lockdowns are seemingly being implemented more ad hoc than scientifically, and without visible consideration of how they’re injurious to the poor. Further, the competent authority, rather than being viewed as one of the people, is being viewed as a dictator.

For as long as we are still being affected by the coronavirus, the Prime Minister’s ability to show he is the right person for the job is continuously being tested.

He currently faces the immense challenge of winning back the trust of the Bahamian people after doing the reprehensible. What occurred last week has been largely viewed as the proof of a complete disconnect with what poor people experience – despite his claims to have a heart for the very same people.

Fears over being unable to gather necessities like life depending medication, water and other grocery items, caused widespread pandemonium and protests from the Bahamian people.

By the time Prime Minister Minnis reversed his decision, the damage was done. Trust between the government and the Bahamian people had been significantly eroded.

Despite pushing policies to create opportunities for Bahamians living on the margins, when it comes to COVID-19, we’ve not always understood the thinking behind some decisions.

Certainly, the National Food Distribution Taskforce has been a great initiative, but it still has not been immune to issues. At the very least, the government doesn’t always seem as sensitive as it should be.

For his part, the Prime Minister has certainly had the most challenging task of governing the country amid natural disasters and a public health crisis. But at some point, that will no longer qualify as a valid excuse. We’re already at a point where most citizens have begun to tune out such sentiments.

The expectation is that this is the job he signed up for, and as citizens, we turn to the government when we are faced with times such as these. Moreover, the Prime Minister took it upon himself to assume the powers of being the competent authority. Therefore, what comes along with that – whether it is praise, criticism or condemnation – he must continue doing the job and meet the challenge head-on. Furthermore, where there are lessons to be learned, he must do so with humility and with the Bahamian people top of mind – in particular, the poor, whom he said he is committed to protecting.

We hope that with this most recent exercise the Prime Minister was reminded that the poor are in grave danger. They are unable to work. They are being pushed to the brink mentally and financially. At some point, there is a breaking point.

In the efforts to protect the poor, much better thought out policies need to be implemented and the competent authority must never again lose sight of their hardship.

These are your people Prime Minister Minnis. We all are.

The Colony too much under authoritarian rule one man's to be allowed pass anything but more confusing bad acting by a quickly vanishing from answering reporters questions Mr.Theodore Minnis, and his mixed-up Central Authorities.
Where was the third health minister crown appointed since 2017 comrade Renward? Just couldn't make this crasier than before stuff up. Just couldn't. Nod Once for Yeah, Twice for No?

Good article. The PM must be grateful that there is no General Election next week otherwise the Bahamian people would do what they always do - punish the government of the day for its ineptitude and breach of promise. This was to be the People's Time, remember that? The FNM has handled this unprecedented crisis badly, in keeping with many governments across the world. The PM and his administration have a relatively short window in which to regain the trust of the populace otherwise they will usher in the return of the most deceitful and corrupt government in the history of The Bahamas.

Hopefully all of the currently sitting FNM and PLP parliamentarians find they no longer have a future in Bahamian politics when the next national election comes around. They're all self-serving "all for me" useless politicians with not a decent one in the entire bunch, and with Minnis being the absolute worst one among them; "Yes", even worse than Davis!

Agreed, and the DNA useless so-called politicians, as well.

You don't have to worry about the DNA......they're all un-electable, period!

As reported by the London Express Aug 25, Professor M. Woodhouse of the U of Edinburgh, the UK lockdown was a Monumental Mistake and must not happen again! The action was taken in a moment of panic as a temporary measure that has done more harm to the population than can be attributed to COVID19.

Affinity for the poor Strachan are you serious?

Doc raised VAT 60% it affects the poor. His utterings and his actions are not the same.

He has put his foot onto the backs of the poor every chance he gets.