Pennies Can Make The Difference 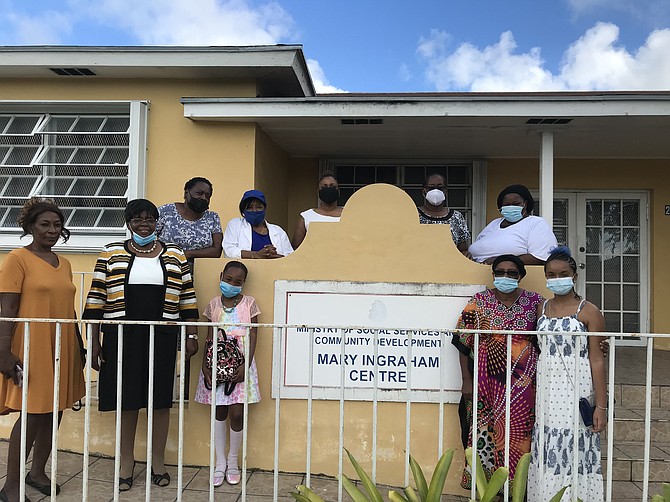 WHEN 11-year-old Indya Joseph saw on the news how much Bahamian families were suffering due to the loss of jobs amid the COVID-19 pandemic, she knew she wanted to find a way to help.

The sixth grade principal's list student at Xavier's Lower School knew that the penny was soon to be made obsolete - and decided if she could collect as many pennies as she could, she could raised funds to help someone in need.

She asked her parents for permission, and approached the Kiwanis Club of New Providence after being involved as president of the K-Kids club, the youth arm of the Kiwanis, at her school previously - and "Pennies for COVID" was launched.

Along with the help of her parents, radio stations 106.5 and 97.1, and Cable 12 who advertised her flyer, she began sending out letters to various stores, asking for permission for her bottles to be placed in their locations - with many saying yes.

While Indya doesn’t yet know how many pennies she has collected, the coins keep rolling in. Indya’s penny collection began during the latter part of August and will continue to the middle of December. All proceeds will go to Hands for Hunger for distribution of food packages.

It's not the only project Indya has launched. Last year, Indya and her classmates were given a project to research and emulate a Bahamian icon. She chose Mary Ingraham, a Bahamian suffragist who was the founder and president of the Woman’s Suffrage Movement. It was because of her and her friends, Georgiana Symonette, Eugenia Lockhart, Althea Mortimer, Albertha Issacs, Doris Johnson, Grace Wilson, Mildred Watson, Ethel Kemp, Gladys Bailey, Una Prosper Heastie, Veronica Lotmore, Nora Hannah and Madge Brown, women in The Bahamas were granted the right to vote, and did so for the first time on November 26, 1962.

Inspired by the project, Indya decided to see if she could provide thanksgiving lunch for the residents and staff of the Mary Ingraham Intergenerational Care Centre, and on Sunday, November 23, she provided lunch for the residents and staff, plus other supplies - thanks to a helping hand from her grandmother, the pastor of the Beacon Hill Church of the Nazarene on Carmichael Road.

Indya says her mother has always told her to remain humble, because a humble child tastes the grace of God - and that she’s done these initiatives out of the love she has for her Bahamian people.