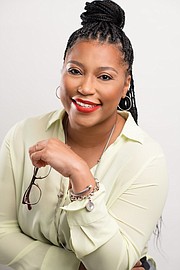 If you’re going to buy a book about breasts, “Being Breast Aware” should be the one, said author Dr Shamanique Bodie- Williams, a well-respected obstetrician and gynaecologist.

“Being Breast Aware” makes its debut just in time for Christmas.

As functional as they are beautiful, breasts are often overlooked until there is a problem associated with them, according to Dr Bodie- Williams, who packs 20 plus years of health and wellness insight into one easy read. From ageing to injury and everything in between, she aims to provide greater understanding of the “lumps and bumps” that could occur and what regular breast care and maintenance should entail.

“Whether you are nursing, going through menopause, considering plastic surgery or need to have your breasts assessed for any reason, this is the book for you,” said Dr Bodie-Williams, who works as a consultant physician in Grand Bahama’s public health system and sees private patients at the Medical Pavilion in Freeport and at the Bahamas Women’s Wellness Centre in Nassau. Her goal is to advise women on issues they could encounter and help them through their struggles until they are able to secure a doctor’s appointment.

“The more common problems I see in the Bahamian population is in the non-pregnant population. More commonly they have fibrocystic disease, which feels lumpy or rope-like. They might have fibroadenomas, noncancerous breast lumps. Some post-partum patients could suffer from plugged ducts and infections. In the Bahamian population, our congenital problems with the breast include its shape, an extra nipple or an inverted nipple,” said Dr Bodie- Williams, who received her medical degree from Northwestern University and completed a four-year residency in obstetrics and gynaecology at the University of Texas Health Science Center in Houston. 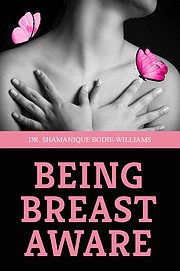 “Breast pain is not uncommon in our population. In comparison to other countries, we do have a high percentage of ladies who are diagnosed with cancer. The second something happens with our breasts; we get nervous or anxious about it. You don’t want to talk about it or you’re not even sure who to talk to about it. Knowing what your risk factors are in terms of having cancer or not having cancer is important for our population.”

Worldwide, breast cancer is the most common cancer in women with over two million new cases recorded in 2018, according to the World Cancer Research Fund. Still, women are more likely to have a non-cancerous problem than a cancerous one when it comes to their breasts.

“Being Breast Aware” is invaluable reading for those who think they have a problem, according to Dr Bodie-Williams. It covers what to look for, who to see when suffering from pain, swelling or itching, and how to go about getting your breasts assessed. A go-to resource, it is recommended reading for every Bahamian woman who grapples with how to pick a health care provider for breast issues, the cost associated with the visit, what to expect from the doctor, how to best explain the problem and when to carry out breast screening mammograms.

“Since there was nothing available on benign breast disease, I decided to fill the void that I found, in hopes of helping ladies who want to learn more,” said Dr Bodie-Williams. She illuminates readers on noncancerous breast conditions including fibrocystic breasts, cysts (fluid filled round or oval sacs in the breast), infections, nipple discharge and skin problems. Her book also includes a list of frequently asked questions about breasts, dietary recommendation for optimum breast health, suggested chest exercises and tips on how to select the right bra. The mother of one also discusses breasts transformation throughout the stages of life as well as monthly changes brought on by a female’s menstrual cycle.

“We have so many women out there with breast problems and sometimes they don’t know where to start or just might lack the courage to seek help. This is for the average woman to use as a reference guide as they need it,” she said.

From concept to publishing it took roughly two years to complete the book, parts of which were written and almost lost during Hurricane Dorian.

“During the storm we had to evacuate the hospital. I had my computer on me that contained a part of the book. The ambulance we were in flooded so I had to leave with the patients. That was a motivating factor to finish the book,” she said.

“Being Breast Aware” is Dr Bodie-Williams’ second literary work for the year. It follows on the heels of “Progression: A Female Adolescent and Parent’s Guide to Gynaecological Health.”

For those on the lookout for a stocking stuffer for teen daughters and nieces, this book takes girls on a journey through puberty and adolescence. It covers what to expect during a gynaecological visit, when to go and how to get the most out of it. It covers the anatomy of their parts, its development through the years and problems they could face with menstruation, contraception and body image issues, among other topics. Both books are sold on Amazon, the Medical Pavilion on East Sunrise Highway in Grand Bahama and at the Bahamas Women’s Wellness Centre on Soldier Road and Tarus Court in Nassau.