‘Why Can Restaurants Open But The Fish Fry Stays Closed?’ 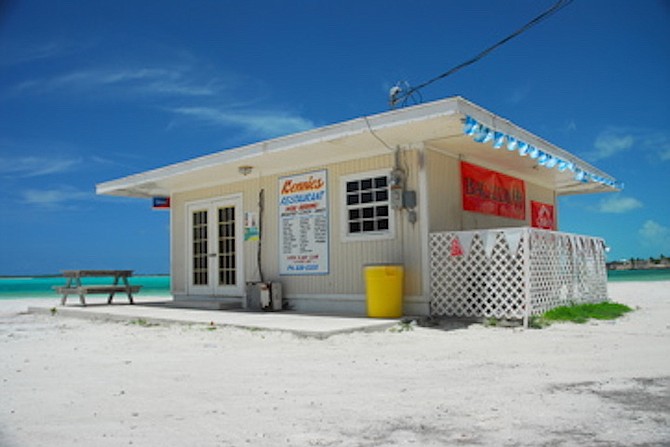 ONE of the stalls at the Fish Fry in Exuma.

FISH Fry vendors in Exuma are calling on the competent authority to allow them to resume operations, saying it’s “unfair” that other restaurant operators on the island have been given the greenlight to reopen while their businesses remain closed.

LaTroy Wright, owner of Wonderation Restaurant & Bar, told The Tribune that vendors have not consistently worked since the onset of the COVID-19 pandemic in March, a situation that has left many owners’ struggling to make ends meet.

When Prime Minister Dr Hubert Minnis eased certain restrictions on restaurants and fish frys in early September after weeks of being shut down, the Exuma resident said vendors were able to generate some sort of income, although not like what was seen in pre-COVID times.

“We have been on lockdown since March,” he said. “And normally, March, April, May, those are months we prepare and make a few dollars that carry us through the slower months when tourism dies down so right now, they allowed us to open for a week or two in July and maybe two weeks in late October but the funds that we actually generated were just automatically went to bills from the initial closedown.”

However, things took a turn for the worse for Exuma vendors when Dr Minnis in November ordered the shutdown of all restaurants, bars, fish frys and announced other restrictive measures due to high COVID-19 cases on that island.

Since then, a number of restrictions have been lifted, with the resumption of in church services for example.

However, Mr Wright said it is still not clear why vendors have not been allowed to open, saying the situation feels downright “discriminatory” as owners have been left in the total dark as to why their establishments must still remain closed a month later.

“We all are unanimously frustrated with the situation that is currently happening and add insult to injury, it feels so discriminatory. All of the other businesses on the island are allowed to open and we’re just figuring out like why we got left in the dark,” he said.

“A lot of the vendors out there are thriving young men. For me myself, I’m 31 years old and I started that business when I was 25 or 26 and we are young people who came from nothing and who tried to make ourselves something and instead of our government trying to assist us and propel us forward, it seems like they are trying to be regressive and send us back.”

He added: “These are the things that are kind of upsetting and discouraging in this kind of time. If they insist upon keeping us close, then let us get some assistance because we have employees, we have like 50 employees between all of us and it’s a trickle-down effect.”

Amid concerns of the local hub being a possible COVID-19 hotspot, Mr Wright said he does not believe that to be the case.

“There are claims of fish fry being a coronavirus hotspot but, in all actuality,, that is not the case in Exuma because we at the fish fry operate in an open-air environment where we have a lot of outside services being rendered. So, there isn’t a confined space where that air is being circulated to affect us.

“Now, yes there were people as in the case with everybody where they forgot that they had to wear a mask but those persons are on the outside and we cannot police people on the outside, we can only control what happens on the inside of our businesses. That again herein lies the problem and even though there are comments stating that all of the transmission is happening at the Fish Fry, that is not the case and for them to put the blame solely on Fish Fry, I think that’s completely unfair and unfounded.”

As of Tuesday, total COVID-19 cases on Exuma stood at 113. On Saturday, the island recorded one new case.

With COVID-19 infections trending downward on the island, Mr Wright said vendors feel they should be allowed to open with strict protocols in place.

“It’s already a stressful time for business owners and just local residents as well and the holiday season is clearly not going to be what it used to be so persons are actually looking for that little bit of joy to remind them of some of the positive things in life and fish fry is a place where people can actually relieve some of that built up stress or depression they have during this whole situation,” he said.