Insight: Before We Talk About Oil Pollution, What Are We Doing About Plastic? 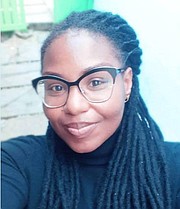 AS The Bahamas prepares for the possibility of oil drilling and the risk of spillage, this archipelagic nation ranks among the top 30 per capita plastic global polluters, according to a Forbes Magazine report.

It should be noted that as of January 2020 a ban on plastic products came into effect across The Bahamas. Kristal Ambrose, winner of the 2020 Goldman Environmental Prize, somehow convinced the government of The Bahamas to ban single-use plastic bags, plastic cutlery, straws, and styrofoam containers and cups. The ban was announced in April 2018 and, as said, came into effect in January of this year.

Ms Ambrose and her group are doing their part, however clearly it is not enough as Forbes says, “Of the top thirty global polluters ten are from the Caribbean region. These are Trinidad & Tobago, Antigua & Barbuda, St Kitts & Nevis, Guyana, Barbados, St Lucia, Bahamas, Grenada, Anguilla and Aruba; and every year, these island nations generate more plastic debris than the weight of 20,000 space shuttles.”

When Ms Ambrose examined the plastic waste, she realised that all the debris were things that were found in the home. She and her team found things like, plastic bags, styrofoam, plastic cutlery, straws. In 2013, she founded the Bahamas Plastic Movement to develop solutions to plastic pollution and educate Bahamian youth.

“Across a sample of Caribbean countries, an estimated 322,745 tonnes of plastic goes uncollected each year, resulting in 22 percentof households discarding waste in waterways or on land where it can end up in waterways (World Bank),” the Forbes report continued. “According to the United Nations Environment Programme (UNEP), 92 percent of marine litter in the Caribbean comes from land-based sources, as compared to the global average of 80 percent.

“Much of the Caribbean’s pollution problem can be attributed to poor waste management. According to World Bank, an estimated 322,745 tonnes of plastic goes uncollected in the Caribbean each year, leaving 22 percent of households to discard waste improperly. Most damaging, most of Trinidad & Tobago’s plastic debris is almost guaranteed to end up in the ocean due to improper disposal, amounting to more marine plastic originating in Trinidad & Tobago (per capita) than 98 percent of the countries in the world. (2010).”

The report said these ocean-dependent economies of Caribbean communities will be disproportionately affected by the consequences of plastic pollution. This can be a direct disaster for The Bahamas. According to the report, some Caribbean countries have started to address the issue by banning single-use plastic bags and Styrofoam. However, as Forbes notes, significant change awaits improved waste management and waste infrastructure in the Caribbean.

“In July 2019, NGO, ‘Parley for the Oceans’ shared a video depicting alarming amounts of plastic off the coast of the Dominican Republic,” the report continued. “The video was captioned, ‘After three days of clean-ups we have intercepted over 30 tonnes of plastic, but there is a lot more work to be done’. Between 2006-2012, UNEP marine clean-up data for the Wider Caribbean Region revealed a total of 3,990,120 plastic debris items that were removed from coastal and underwater sites, covering 2,317 miles.”

“For a region that relies on the Caribbean Sea for more than $400 billion in income per year, the 18 billion pounds of plastic pollution that are disposed into the ocean each year is a real and dangerous threat. According to National Geographic, ‘the Caribbean Sea’s $5 billion annual trade, its 200,000 direct jobs, its 100,000 ancillary services, food security for 40 million coastal inhabitants, and over $2 billion in dive tourism are at risk’.”

As if China can take any more blame after possibly being the original home of the COVID-19 virus, the Forbes report is naming it the worst of the plastic bad guys, however, it said, some Caribbean countries are just as bad.

“The biggest culprit is Trinidad & Tobago, which produces a whopping 3.6 kilograms of waste per capita per day— which is nearly six times more than distant second place culprit, Kuwait. Other Caribbean nations among the top 30 per capita polluters are Antigua & Barbuda, St Kitts & Nevis, Guyana, Barbados, St. Lucia, Bahamas, Grenada, Anguilla and Aruba.”

Apparently waste management companies can play a major role in curtailing this problem of plastic pollution.

“The fact is, however, that the most significant change will be felt when waste management and waste infrastructure, such as garbage collection, recycling centres and secure landfills are improved,” the report continued. “According to a study published by the ‘Ocean Clean-up Foundation’, mismanaged plastic waste generated each year could triple by 2060 if these systems are not brought up to scratch. Increases in plastic pollution will disproportionately affect the Caribbean.

“After all, small coastal communities with ocean-dependent economies that are fraught with inadequate waste management systems are far more vulnerable to the impacts of plastic waste than their larger, more industrialized counterparts. Fourteen Caribbean countries have begun to address this threat by banning the use of single-use plastic bags and/or Styrofoam and by implementing civic education programmes.”

The report concluded that ranking total plastic waste production per country masks global systems of inequality and overlooks the vulnerability of small, seemingly “insignificant” coastal communities. It said rather than vilifying individual countries, it must deconstruct systems of inequality that perpetuate plastic pollution and increase vulnerability among select populations.