Bahamian Men Want Women To Treat Them Right This Christmas 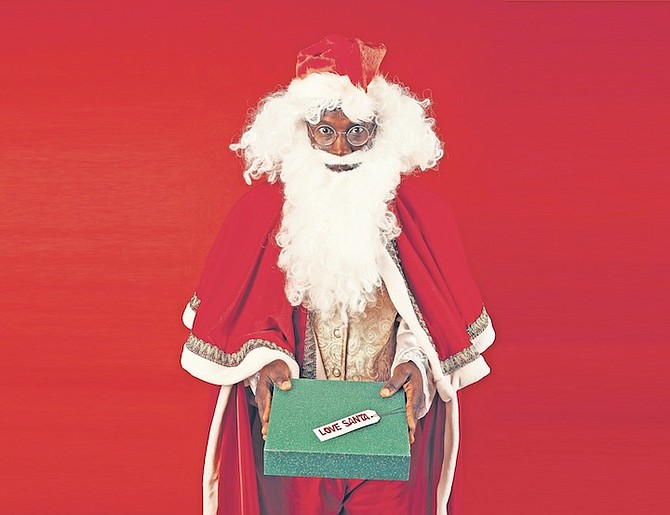 FOR women who are still in the process of doing some “last-minute” holiday shopping and maybe can’t decide what to get for the men in their lives, male Tribune readers had the following advice: steer clear of “generic items” and refrain from purchasing “cheap gifts”.

Some of the men who spoke to Tribune Woman went on spirited rants about how they seemingly get the short end of the stick every Christmas. Most said they don’t even get excited anymore to find out what was placed under the tree for them, because in the majority of cases the presents are “lacklustre” or “out of touch” with their personalities.

But for those women who haven’t yet made all their purchases this year, the men say there is still time to rectify this sad state of affairs, by carefully considering the nature of the man they are gifting; his personality, his hobbies, his likes and dislikes.

“I think I can safely speak for all men when I say that us men want nice gifts too,” Leroy told Tribune Woman.

“Just like how women love to receive a nice gift in nice wrapping paper, we get excited about these things too. I think men need to be shown a little bit more love and consideration in this area.”

Leroy said past partners in his life purchased gifts for him that were nice but didn’t really fit his personality.

“And by nice gifts I don’t mean an expensive gift. I mean a gift that shows a little thought,” he said.

Ryan said he has received many a gift he couldn’t really do anything with.

“One time this lady bought me a miniature cook grill. The thing is, I don’t cook. Talk about out of touch,” he said.

John said he advises women to study their men and to not only buy them something just for the sake of it.

“I know it can be difficult trying to figure out what to get for your man every year, but I mean, take some time to get to know what your man really likes and what he really appreciates. We men are very simple creatures and we are not difficult to please. But at the same time don’t just purchase us a gift just because it’s the last minute and you just want to make sure something is there under the tree. Don’t buy your man a wrench if he is not into tools, don’t buy him a game console if he is not into games; it just does not make sense. Gifts should make sense,” he told Tribune Woman.

Ray said he has been on the “not so good” end of receiving poorly chosen gifts.

“I am person who spends money on nice gifts for the lady in my life, so I expect the same in return. I dislike when someone buys me something that is not my taste. For example, I had this past partner who bought me a cheap cologne and T-shirt. And before you say, maybe that is all she could afford, I knew for a fact she could have done much better than this but chose not to. I used the T-shirt to clean my car with. That was probably the worst gift I have ever received because there was absolutely no effort,” he said.

As for Alexander, the worst gift he ever received was no gift at all.

“I was speechless. I spent nearly $200 on this lady one time only to get a ‘Sorry, baby, I did not have any more money left.’ This came after watching her spend money on getting her hair and nails done. I was not a priority. Lesson learned,” he said.

Alexander said even a handmade gift would have sufficed.

“I would have appreciated anything. It didn’t even have to be something store-bought, but just the lack of effort…”

David added: “I don’t care for the gifts surrounding Christmas, to be honest, because the way it seems it’s like us men are always conditioned to spend more on our woman for Christmas. Have you ever noticed how all the ads are marketed towards us?

“Women just need to know and understand that while we are not hard to please, we like gifts that match our personalities and our interests. Don’t just buy us a shirt, wallet or cologne because it’s the easiest thing. By all means, if your man needs or requested any of those things then go ahead. But make sure your gift to him is something that he can appreciate or finds useful. Wouldn’t you want the same?”