Eleuthera Joins Zonta In Saying No To Gender-Based Violence 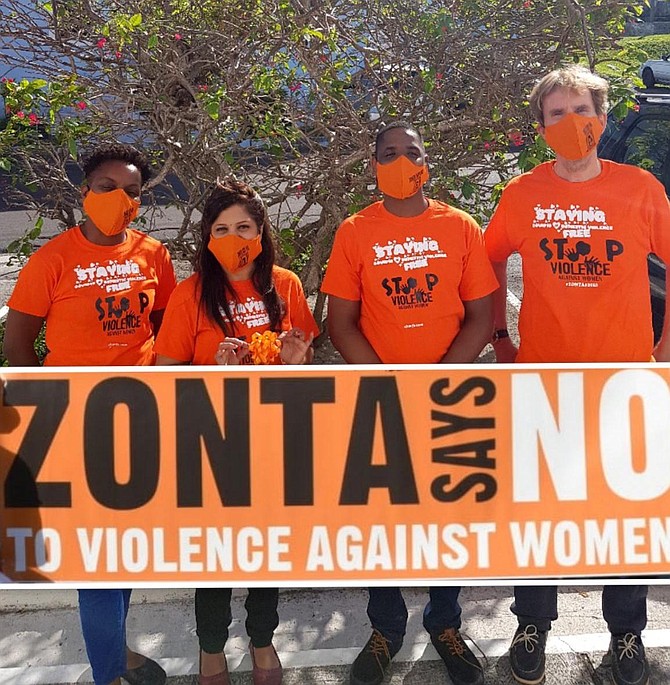 ELEUTHERA residents ‘paint the island orange’ as they take a stance against violence. 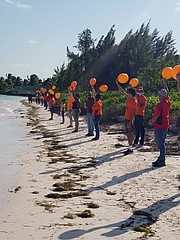 Eleuthera is pleased to be a part of the Zonta movement and herald the message of “say no to violence”.

Eleuthera has led the way as the first Family Island to spread the Stop the Violence “Orange” message with a concerted and collaborative effort of leaders, NGOs, citizens, organisations of all strata in society.

The movement has encompassed all communities, including Harbour Island and Spanish Wells.

“We have a committed, passionate, creative, innovate group of stakeholders who have worked tirelessly to ‘Paint Eleuthera Orange’ and raise awareness throughout the island of freedom,” said Jewel Edwards, the Eleuthera representative of the international women’s advocacy organsiation.

“Special thanks to One Eleuthera Foundation, under the visionary leadership of CEO Shaun Ingraham, who has come alongside as the major sponsor to support, undergird, and partner with Zonta in this worthy cause. OEF has led the way in Eleuthera for years in Strengthening the Communities, Connecting the island, and Planning for the future through sustainable development,” she said.

Ms Edwards added: “We believe in unity there is strength. The team in Eleuthera are simply amazing and they are effective leaders in their spheres of influence. I’m grateful and so very appreciative for my Eleuthera people who have come together and in synergy we are saying a resounding ‘we say no to violence in any form.’”

She said they are thankful to Marisa Mason-Smith, National Advocacy Chair, for her exemplary transformational leadership, and having the vision to include Eleuthera in the national movement.

“The reality is, Mrs Mason- Smith’s incomparable passion and servant leadership has touched down and spread to us in Eleuthera (and the Bahamas at large). She is to be highly commended for her selfless pioneering and trailblazing work in this nation. Commendations also to the Zonta team in New Providence led by Dr Theresa Adderley-Smith who have supported the movement. I firmly believe the fire of ‘get involved’ is lit in Eleuthera and the flame will spread throughout the islands. Eleuthera is proud to be supporting the movement and this cause to stop gender based-violence,” said Ms Edwards.

“Thank you Eleuthera and everyone who has joined in this campaign to say no to violence. Helen Keller said it best: ‘Alone we can do so little; together we can do so much.’ We remain Eleuthera strong.”