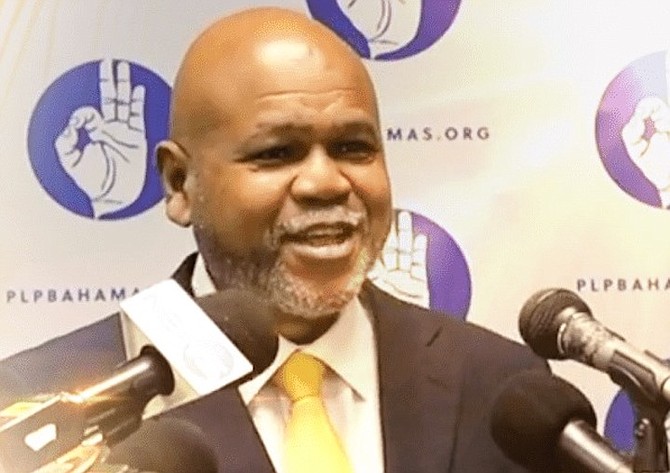 FAMILY, friends and political colleagues yesterday paid tribute to Progressive Liberal Party vice-chairman Terence Bethel, who died suddenly at his home on Wednesday morning at the age of 57.

A relative described his death as sudden, saying that he did not have COVID-19 or any other illness that they knew of.

PLP chairman Fred Mitchell in a statement released yesterday, said the party is mourning the death of a treasured friend and brother, who “was a pillar of strength to the PLP”.

“This is stunning, shattering and sad,” he said. “One day, I had hoped he would have the opportunity to serve in the front line. He was full of strength, energy and ideas and loved to teach the young the ways of the country and the party.

“Sadly, we have lost another repository of our country and party’s history and traditions. I trusted him implicitly. He was the go-to man for me personal, business and official. A sharp mind.”

PLP Leader Phillip “Brave” Davis remembered Mr Bethel yesterday as a strong PLP supporter who was devoted to his country. He said Mr Bethel was an aspiring candidate for the Marathon constituency and believed in the party’s message.

“Terrence was a trusted, reliable and competent political ally and friend, fully committed to and supportive of my reform measures... His life was full of purpose and selfless service to others though cut short, barely in the prime of his life,” he said, while extending condolences to the family.

“It is not for me to question the plan of God, but to thank him for loaning Terence Bethel to us for the short time he sojourned with us. We thank Terence for his service to our party. He will remain in our hearts and thoughts as we who remain shoulder on in our noble fight for the soul and future of this beloved country.”

Tributes also poured out on social media by family members and close friends, who said he will be deeply missed.

“I will never forget Terence,” said one friend on Facebook. “He convinced me that I could when I thought I couldn’t, and through his seemingly endless gifts of time and support I became an ACCA member. I loved our chats, which were usually humorous, but always enlightening and educational, at least for me…. I will miss you, dear friend.”

His sister, Carla Bethel Edwards said his death has dealt a blow to the family, adding they will miss him “ tremendously.”

She told The Tribune yesterday “Terry” was a devoted son and beloved brother.

“He was well respected and a pillar in our family. His passing leaves a great void in our hearts, we will miss him tremendously.”