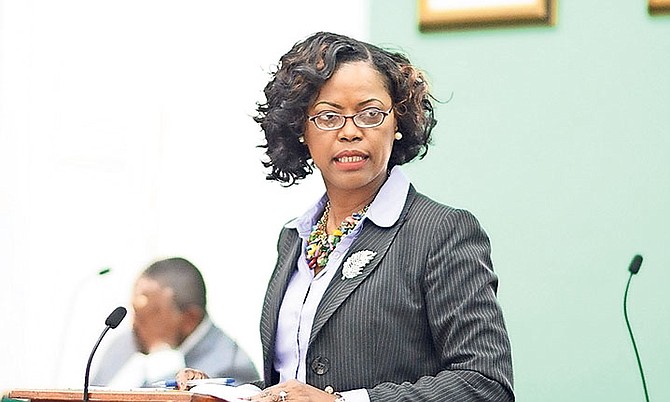 FOX Hill MP Shonel Ferguson’s investment company has squandered a chance at having the Privy Council overturn its eviction from a building it never paid real property taxes on since assuming responsibility for it some 13 years ago.

The Court of Appeal, in a recent written ruling, dismissed Turtle Creek Investment’s (TCI) application for conditional leave to appeal to the London-based tribunal because its attorneys did not show up for the hearing.

As such, Donna Davis’ Daybreak Holdings Limited, via its attorney Christina Galanos, successfully applied to appellate Justices Jon Isaacs, Roy Jones and Milton Evans to have the matter dismissed for want of prosecution.

The Court of Appeal’s decision is the latest in the saga over a near 13-year-old hire purchase agreement between the two sides for the building in question, which housed the Crab House and Seafood Emporium.

On November 13, 2018, Supreme Court Justice Keith Thompson ordered TCI to move out of the building in Centreville no later than close of business on December 15, 2018.

Additionally, Justice Thompson ordered TCI to pay all outstanding sums it owed Daybreak Holdings. The judge also ordered both parties to engage an accountant to determine what TCI owes Daybreak pursuant to its hire purchase agreement.

TCI subsequently petitioned the appellate court on the matter, asserting that Justice Thompson erred in finding that it had breached the agreement it entered into with Daybreak Holdings on December 31, 2005, because the evidence on that issue was contained in “competing affidavits not tested by cross-examination”.

Thus, TCI tried to persuade the Court of Appeal to halt its eviction from the building before its appeal, asserting that it would suffer “irreparable harm and prejudice” unless Justice Thompson’s order was stayed.

However, Justice Jones, in a December 18, 2018 ruling, found that TCI fell “far short of what is required to provide the grounds to enable me to exercise my discretion in this matter”. He further ruled that Ms Ferguson had given “contradictory reasons” to support her argument that TCI would suffer “irreparable harm” as she claimed.

And despite claiming that TCI’s appeal would be rendered pointless if Daybreak Holdings was able to sell it prior to the appeal, Justice Jones said Ms Ferguson’s Supreme Court filings spoke “to a desire” for such a sale so that her company’s equity interest could be recovered.

Then, in October of last year, the appellate court said a false affidavit from TCI was part of the reason the company was not given another chance to overturn Justice Thompson’s eviction order.

At the time, Justices Isaacs, Jones and Evans said it was “totally unacceptable” for TCI to have filed an affidavit expressing its compliance with an order from the registrar, when it was “fully aware” that was “not an accurate statement”.

And although TCI’s attorney apologised and said TCI did not intend to “deceive the court”, the appellate judges said such “infractions” coupled with the “prejudice” Daybreak Holdings suffered as a result, “fortified” their view that the appeal should be refused.

In any event, the appellate judges said they were not as “sanguine”, or optimistic that TCI would have overturned Justice Keith Thompson’s eviction order, as its claim to being the owner of the building “is not supported by the evidence”.

In 2018, The Tribune exclusively reported TCI owed $74,069.22 in real property taxes as of December 6, 2017, in alleged contravention of the hire purchase agreement it entered into for the building.

The Tribune also revealed how TCI allegedly owed the Water and Sewerage Corporation $22,173.15 as of July 2018 when it was disconnected, having not paid “any utilities and insurance” on the building for at least two years. The last time TCI paid its water bill was in July of 2014, it was alleged.

Concerning the building’s insurance, TCI allegedly hadn’t paid any insurance premiums for the three to four years prior to 2018, something that caused the building’s owner to pay $15,963.75 to J S Johnson Insurance Agents & Brokers in a bid to bring the insurance policy current.

Also, it was alleged that TCI hadn’t paid its light bill for “some time now,” and was utilising a generator for electricity.

Additionally, it was alleged that TCI hadn’t paid any of the $10,833 monthly payments it agreed to pay for the building in question since September of 2016, resulting in the owner receiving no revenue from the agreement, despite the company currently subleasing a portion of the building for $12,000 per month.

In the real political meanwhilst, why wouldn't it be so interesting a read see what counterattack be's launched against allegations 13 years of working at ducking financial obligations? At minimum does cry out begs asks - so many other financial questions. Yeah, no? Can't write this. You just, can't.

should she be in parliament if she is a convicted fraudster? Do we have any rules in this country?