‘Abaco Clean-Up Is Making Progress’: Clarke Hits Back At Criticism Of Pace For Island’S Rebuild 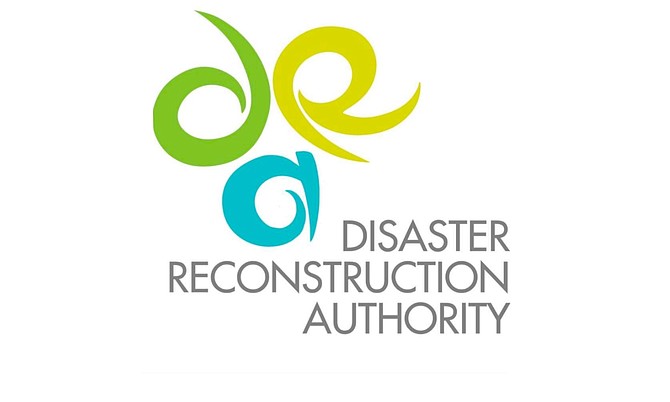 CHAIRMAN of the Disaster Reconstruction Authority John-Michael Clarke yesterday defended the pace of the debris removal on Abaco, noting that officials feel “certain” that work is progressing on the storm-impacted island.

“The area where the shanty towns existed has been cleaned,” he told The Tribune. “All of the places in the Marsh Harbour area, the greater percentage of the public spaces, have been cleaned and total clean-up will be depending on us getting permission from the private property owners.

“We started identifying the owners and getting permission along with Don McKay Boulevard and going straight up Abaco because that is exactly where we started so we’ve been looking at cleaning up Don McKay Boulevard. The area in Eastern Shores and Pelican Shores, we’re working with NGOs to get some of that cleaned up… so nobody is going to get left out.”

After Hurricane Dorian ravaged Abaco and Grand Bahama in early September, the government awarded contracts to several companies to assist with the clean-up process on the storm-impacted islands.

However, many residents of Abaco have since expressed disappointment with the process, noting they are not pleased with the work done thus far.

Speaking to the Tribune on matter yesterday, Mr Clarke said officials were “definitely certain that things are coming along” on Abaco.

“We’ve actually begun the process of getting permission of removing debris. We’ve already started that process a couple weeks ago,” he added.

“Some people have said specifically that they don’t want us to clean their properties because they’re either negotiating with insurance companies or they’re making other arrangements and if you have a valid reason, we have to take that into consideration.”

However, the clean-up process is not the only matter that has received criticism from storm victims on the island.

In recent weeks, many Abaco residents have also spoken negatively about the government’s dome structures, calling them “a waste of money.” Mr Clarke acknowledged some of the complaints and the authority is adjusting its approach.

“The whole consideration was that for the residents of Spring City, that those domes were meant to accommodate them in the only free space available in Spring City that had access to utilities (with a) BPL pole right there on the corner (and) the water line right against the road,” Mr Clarke told The Tribune when asked about the criticism.

“And we had originally said that we would put 40 domes in Spring City to accommodate as many of those with damaged homes as possible. (But), there was a challenge and the challenge was that the lots in Spring City, those lots were not as big as the ones in Central Pines, which is the government housing development.

“And taking the advice of the director of housing, we thought it might be challenging to put a dome on the property of the house. The house and the dome could not fit on the same property.”

The temporary housing initiative, which was announced by the government in late September, is expected to accommodate some 1,000 people for two years.

“Originally, we had planned to put 40 there, but you know we’ve been hearing the complaints of the people and people are saying that 40 is too much so we will stop at the 32 that we have,” he said.

“Our initial estimate was that 47 houses were completely destroyed in Spring City and.. we have space for 47, but because persons complained, we will leave it at 32.”

Asked when will the domes be completed, Mr Clarke replied that construction workers are working to have it completed later this month.

“My expectations were that they should’ve been completed,” he noted to this newspaper.

“But, I spoke to the contractor and they had some delays with shipping and that could’ve gone either way…. (but) they’re working to get them finished by the 20th of this month in Spring City.”

As it relates to the remaining domes, Mr Clarke said those structures will be installed in other communities throughout island.

But, in the meantime, the chairman is urging Abaco residents, who are seeking to have the domes placed on their property, to contact the authority.

“Immediately, we want people with housing that have been destroyed and they need a temporary dome on their property to let us know,” he added.

“And we are dispatching tools starting this week to start identifying properties with destroyed homes and installing domes on those properties.”

Currently, it is estimated that more than 9,000 homes have been affected by Dorian with damages to the housing sector estimated at $1.48 billion, according to a report from the International Federation of Red Cross and Red Crescent Societies.

The Small Homes Repairs Programme, which is expected to launch today, will allow for vouchers to be given to victims to purchase building materials and other items related to home restoration.

Of course work is progressing, its just that the official start of hurricane season if just 4 short months away!

Seems prior to this Tribune article days ago there was an article on this by CNN on Bahamas, Abaco and Grand Bahama situation. Seems CNN reaches some 384,000,000 households worldwide.

"...and total clean-up will be depending on us getting permission from the private property owners."

Really? Did you get permission from the owners of the Shanty Towns prior to cleaning them up???? If so, i would bet that Carl Bethel would appreciate a list of their names and lot numbers.