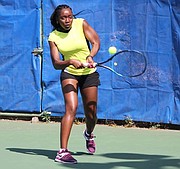 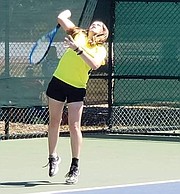 THE Bahamas was blanked by Guatemala yesterday as they continued play in the 2020 North/Central America and Caribbean Junior Fed Cup Pre-Qualifying tournament in El Salvador.

The team of Peyton Anderson, Kaylee Kanuka and Kinza Johnson are now 0-2 after an opening day loss to Cuba.

Already eliminated from advancing, they will face Honduras today.

In singles play, Anderson was defeated by Deborah Dominguez and Kanuka lost to Mariela Fortuny.

Kanuka and Johnson were then defeated by Dominguez and Mariela Fortuny in doubles play.

A total of 14 teams are competing out of four groups in the pre-qualifying tournament. They are The Bahamas, Barbados, Costa Rica, Cuba, Curacao, the Dominican Republic, host country El Salvador, Guatemala, Honduras, Jamaica, Puerto Rico, Suriname, Trinidad & Tobago and the US Virgin Islands.