Two Charged In Connection With Murder On Grand Bahama 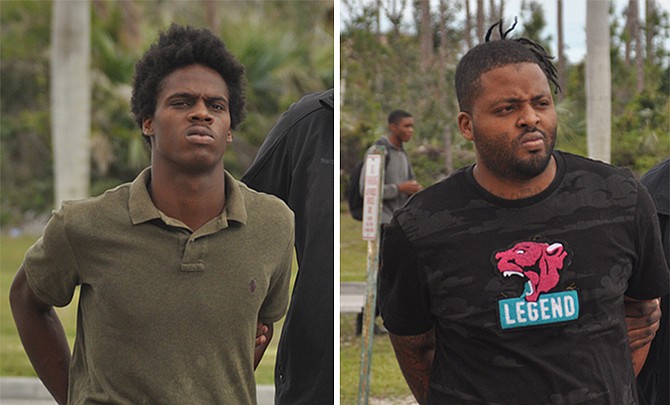 TWO Freeport men were charged in the Freeport Magistrate’s Court on Friday in connection with the island’s third murder.

Ricardo Jones, 27, of No 44 Strafford Way; and Tyreke Antonio Mallory, 21, of No 4 Scott Avenue, appeared before Magistrate Rengin Johnson in Court Three.

Mallory was charged with the murder of Frithzon Kersaint. It is alleged that on February 23, at Freeport, the accused intentionally caused the death of Kersaint by means of unlawful harm.

Jones was charged with abetment to commit murder. It is alleged that on the same date and place, he aided and abetted Mallory in the commission of the murder of Kersaint.

According to reports, police were called to several disturbances in the Caravel Beach area last Sunday when gunshots were heard, and a man was found dead.

Mallory was represented by Paco Deal of Carlson Shurland & Co. Neither of the accused men was required to enter a plea to the charges, which are both indictable offences.

Because the Magistrate’s Court cannot grant bail for such offences, Magistrate Johnson informed the accused men that bail was denied, but that they could make a bail application to the Supreme Court.

The case was adjourned to May 19 when it will proceed by way of the Voluntary Bill of Indictment.