STATESIDE: The dangerous dance of President and the Pulpit 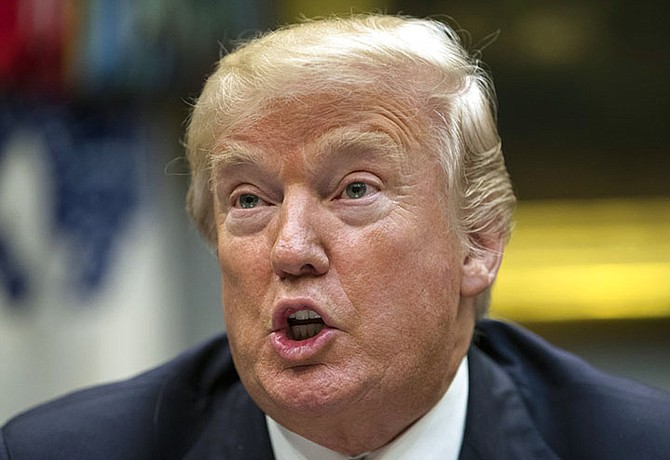 Before he was elected President in 2016, there was no real evidence that Donald Trump concerned himself with social conservative issues like abortion. He was a registered Democrat for many years and, like wealthy people in democracies in many countries including The Bahamas, he contributed generously to all major political parties.

In fact, his public behaviour most closely resembled that of an outlandish entertainer, which is what he was. Married three times and the eager subject of tabloid gossip for decades, Trump revelled in his fame and appeared indifferent to the moral corrosion it exemplified.

So why has he been so steadfastly been embraced by the Christian and evangelistic community in the US?

This was a question asked in December by the editor of the influential Christianity Today, founded in 1956 by legendary evangelist and presidential counsellor Billy Graham and often described as evangelism’s flagship publication.

The editor, Mark Galli, wrote in an editorial that Trump should be impeached and removed from office. He compared evangelicals with a wife in an abusive marriage where the husband is a reliable provider.

Galli wrote that removing Trump “is not a matter of partisan loyalties but loyalty to the Creator of the Ten Commandments. To the evangelicals who continue to support Mr. Trump in spite of his blackened moral record, we might say this: Remember who you are and whom you serve.

“None of the president’s positives can balance the moral and political danger we face under a leader of such grossly immoral character.”

Editor Galli was perhaps emboldened to speak out since his own retirement was imminent when he wrote his controversial editorial. The publication, Christianity Today, has reported losing 2,000 subscriptions in the wake of the editorial but gaining 5,000 new ones, mostly from younger people. There was a sustained backlash from Trump, the GOP and much of the surveyed evangelical community after Galli’s editorial appeared.

Public reports show that 80 percent of white evangelicals voted for Trump in 2016, and 75 percent of them still approve of his job performance.

The answer appears to be two-fold. A leading black evangelical told the Washington Post that evangelicals “feel they have benefited from their association with the President and fear him at the same time. They’re afraid he’s going to remove them from the table of power and shame them. We have a new category of evangelicals: Trump evangelicals.”

Perhaps a larger reason for the Christian movement’s warm embrace of this President is to be found in the politics of social conservatism. The evangelical opposition to abortion and the Supreme Court’s 1973 decision in Roe v. Wade has found a supremely useful ally in Trump. He and the GOP-controlled Senate have managed to achieve what amounts to a judicial coup.

In addition to appointing anti-abortion justices Neil Gorsuch and Brett Cavanagh to the US Supreme Court, Trump & Co. have appointed 25 percent of all sitting federal appeals court judges, and have achieved a conservative (presumably anti-abortion) majority on seven of the 13 American federal appeals courts, which represent the highest level of the US judiciary below the Supreme Court.

So, it seems to be their fear of losing a privileged place at the political table and satisfaction in swinging the American judiciary to a much more anti-abortion position.

That’s why evangelicals so strongly but counter-intuitively support this brazenly immoral chief executive.

Time for the legends to move on

The first round of the NFL playoffs last weekend was a stunner. Two legendary, future Hall of Fame quarterbacks were rather unceremoniously dumped out of the playoffs as Tennessee went to New England and beat the six-time champion Patriots and the Vikings took out New Orleans in the Super Dome.

That neither Tom Brady nor Drew Brees will be playing this weekend shocked many, including the oddsmakers in Las Vegas. The 42-year-old Brady is out of contract in New England and there is much speculation about his future. Perhaps he will move to another team, like his idol Joe Montana did in joining Kansas City from the 49ers in 1993. But in that case, San Francisco already had Hall of Famer, Steve Young ready to take over. The Patriots don’t have any kind of similar contingency plan.

Brees, 40, is expected back in New Orleans, where the Saints have now suffered dramatic playoff losses for three years in a row. The Saints still have a powerhouse team, and it would be unwise to bet against them winning their division again and making some playoff noise in 2020.

As for this weekend’s second round games, Minnesota faces another stiff test in the first Saturday game against the 49ers in northern California. As seven-point underdogs, the Vikings have their major offensive stars healthy and QB Kirk Cousins may have finally shed his big-game loser reputation in upending the Saints last week. The 49ers have a powerful team and a slightly cocky coaching staff so far mostly untested in the playoffs. Look for this game to be close and maybe the Vikings pull off an upset.

The Tennessee Titans, like the Vikings, get rewarded for last week’s heroics by now facing their conference’s top seed in Baltimore. The Ravens, favoured by ten points, have already whipped some of the very top teams in the NFL this year, and are led by a coach in John Harbaugh who has already won a Super Bowl. Likely league MVP Lamar Jackson steers a relentless offense that should overwhelm a Tennessee team that may be too dependent on stud running back Derrick Henry.

On Sunday, Houston travels to Kansas City to face the Chiefs in hopes of repeating an upset of the Chiefs earlier this season. The Texans managed to eke out a win at home over the rising Buffalo Bills last weekend, but this game looks like it might be too much for the visitors. The Chiefs are favoured by ten points and should advance to next week’s conference finals.

In the last game of the weekend on Sunday night, Green Bay awaits the visit of the Seattle Seahawks and QB Russell Wilson. Wilson might be the league MVP this year if not for the prodigious accomplishments of Jackson in Baltimore. His counterpart for the Packers, Aaron Rodgers, has not enjoyed his best year but still guided Green Bay to the conference’s second-best season. The Packers are four-point betting favourites. Like the other NFC game, this one could be exciting and full of suspense right to the end.

Three weeks ago, major American newspapers were still full of stories about the impeachment of President Trump and other “important” political stuff, despite the absence from Washington of Congress and the Christmas season being already in full swing. But what about newspapers outside the big media markets?

The Telegram is the major daily newspaper serving several counties in rural northeastern North Carolina. It is based in Rocky Mount, the 17th most populous city in a growing and diversifying state deemed sufficiently politically significant that it was chosen to host this year’s Republican national convention in August. Rocky Mount with its surrounding counties has a population of 140,000 and is attempting to transition from an agricultural economy to one based upon health care and transportation.

On December 20, readers of the Telegram woke up to the following headlines on its front page:

The Telegram is now in its 110th year. Like other local newspapers all over the US, it is struggling with competition from TV and the internet in attracting readers. The newspaper has a daily circulation of around 13,000. It got new ownership about 18 months ago.

Its headlines epitomise the strategy of similar American newspapers. Most are betting on local news to survive. It’s no wonder Trump and the Democrats are all betting so heavily on TV advertising and various types of internet material and disinformation to influence voters this year.

It does not matter what a persons religious views are, as a citizen of a democratic country you can only vote for those who offer themselves for public office. This means a person will always have to choose between the lesser of two evils (as they see it). Obviously evangelicals felt that Trump was the lesser of two evils and he in return has advanced causes that interest them (supreme court appointments, anti abortion legislation etc) which continues to engender their support. Its not complicated!

Liberals and lobbyists apply the same approach all the time without being questioned!