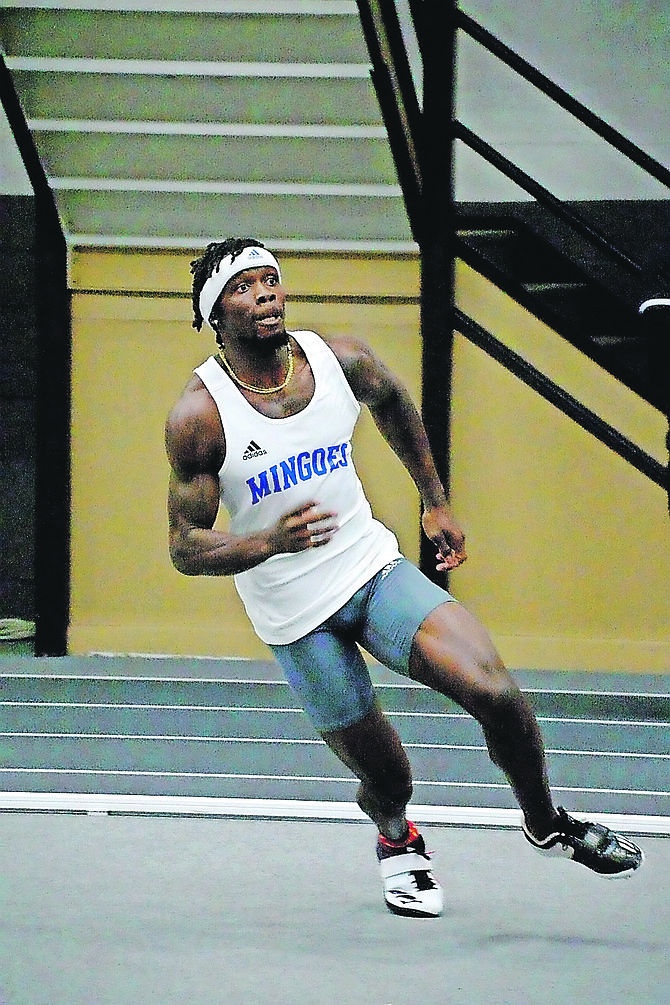 University of the Bahamas’ Ken Mullings not only shattered his national record in the heptathlon at the Purdue Gene Edmonds Memorial Invitational over the weekend, but he had a personal best in every event en route to picking up a No.2 world ranking in the event.

For the third straight year, Mullings won the event at the indoor invitational meet at Purdue University. This year he increased his record by 252 points - the old record was 5,426 points and the new standard is 5,678 points.

Kendrick Thompson also surpassed the old standard with a 5,636-point performance. He is now ranked third in the world in the event.

Andrey Levkovskiy of Russia has the top score of the season with 5,739 points set in Kemerovo, Russia, December 19, 2019.

Thompson led the competition for all of day one and ended the day with 3,232 points ahead of Mullings who had 3,225 points.

Mullings took the lead on day two in the 60m hurdles with an impressive 8.08-second performance. That performance put Mullings ahead of Thompson by 22 points (4,187 to 4,135).

Thompson ran the 60m hurdles in 8.32 seconds which was the second-fastest in the event.

Mullings and Thompson battled for the second position in the final event of the competition.

However, Thompson edged Mullings by just over a second to take the second spot in the 1,000m run. Thompson picked up 741 points and Mullings added 731 to his total.

“I was glad that I executed in all my events even though I was a bit disappointed in some of my performances, specifically shot put and high jump,” he said.

“In the shot put I felt I could have done better considering all the work that I have put in but I still achieved what I came here for.”

Mullings said he felt he needed to make a move on day 2 and knew he had to be strong in the hurdles competition.

“I was really aggressive in the 60m hurdles and that was the turning point for me in the competition,” he said.

Mullings had a personal best performance in every event at the meet en route to the national record.

Mullings had set the national record last year at the same meet and this was the third time he has won the event at Purdue.

Both Mullings and Thompson hope to compete for Team Bahamas at the IAAF World Indoor Championships in Nanjing, China, all set for March 13-15.