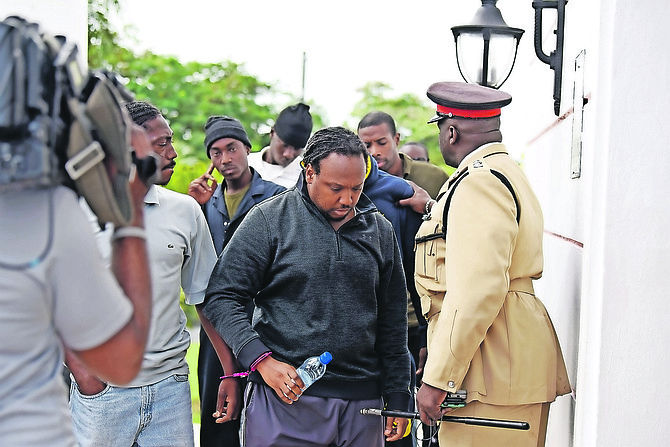 A licenced Bahamian doctor was charged yesterday with being caught with a picture of a teenage boy’s genitals.

Zephrick Clemente Newbold, 36, was charged before Chief Magistrate Joyann Ferguson-Pratt with being in possession of a picture of a 15-year-old boy’s penis on January 9. Newbold was further charged with attempted procuration in contravention of the Sexual Offences Act.

Meanwhile, 31-year-old Deangelo Francis was charged with having unlawful sexual intercourse with an 11-year-old girl for several months in 2019. He is also alleged to have had unlawful sex with the child on the first four days of January.

Neither man was required to enter a plea to the charges and their matters were adjourned to March 10 and 18 for service of their respective voluntary bills of indictment (VBI).

Bail was denied and the pair were remanded to the Bahamas Department of Correctional Services (BDCS) in the interim or until such time as they are able to secure bail from the Supreme Court.