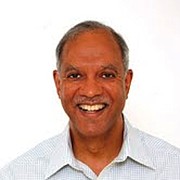 Many Bahamians “lack the means to live” and are caught in a “double dependency syndrome” that relies on the government to provide growth and jobs, an economic observer argued yesterday.

Dr Johnathan Rodgers, pictured, the well-known eye doctor, told Tribune Business that too many economists had bought into the “fallacy” that Bahamians are “living above their means” and need to save more to improve their financial well-being and prospects.

Instead, he suggested that the root cause of The Bahamas’ low savings levels was simply that too many households and individuals earn insufficient income to put money aside once all daily living costs are met.

And Dr Rodgers added that too many Bahamians have “misunderstood the role of government”, believing it - rather than the private sector - should be the primary driver of economic jobs and providing jobs when its true purpose was national security, the provision of essential public infrastructure, health, education and maintaining the rule of law.

Describing this as a “mindset vulnerability”, he said it had contributed to a culture where around 70 percent of the government’s recurrent spending - fixed operating costs - goes on civil service wages and pensions.

This, Dr Rodgers said, stands in stark contrast to the average private sector wage bill that typically accounts for 23-25 percent of a private company’s total revenues. Labour and energy typically account for around half to two-thirds of business expenses, and he argued that the government would be running an annual surplus if its wage costs were comparable to the private sector’s as a percentage of income.

Dr Rodgers, in his address to the Bahamas Business Outlook conference, also highlighted “institutional vulnerability” as the “downright poor” customer service provided by most government ministries and agencies, which lacked the skill sets and policy competencies required in the 21st century.

He suggested that many officials tried to “frustrate” Bahamians and residents into paying bribes so that they “provide the timely service that should be the norm”, and accused successive PLP and FNM administrations of tolerating such a culture to enable underpaid public servants to earn a little money on the side.

He argued that the mean average income of $17,000 per annum was just 38 percent of the $45,000 “living wage” that Bahamians needed to live comfortably and also save. This gap and its size, Dr Rodgers argued, meant too few persons could set aside sufficient income for their retirement and/or to finance themselves during hard times.

“If the living wage is at $45,000, but the average is actually at $17,000, people have three choices: Beg, steal and borrow,” he told Tribune Business. “That’s why they borrow so much. The bottom line is not people are living above their means; they don’t have the means to live.

“That’s the common misconception and fallacy that exists among economists and most people. They say: Save more. How can you save more when you’re not earning enough to meet your living needs?”

Dr Rodgers did not identify where he obtained his $45,000 and $17,000 figures from. The Inter-American Development Bank (IDB), in a recent report, acknowledged that significant issues in The Bahamas with income inequality and that per capita income had taken a decade to recover to pre-recession levels, but pegged average per capita income at $30,000 in 2017.

Dr Rodgers added that The Bahamas was also faced with a major ‘brain drain’, arguing that last year more Bahamians - especially young ones - had left the country than had returned “for the first time in then history of The Bahamas since the Contract era”.

He also identified what he termed “a double dependency syndrome”, the first layer being The Bahamas’ reliance on tourism, financial services and foreign direct investment (FDI) related construction to drive economic growth and job creation.

“The problem is there’s never been enough jobs in tourism and financial services to accommodate all the people coming out of school and, over the years, the Government has been over-employing to pick up the slack,” Dr Rodgers told Tribune Business. “We Bahamians have a misunderstanding of the role of government.... Everybody looks to the Government to drive the economy and for jobs.

This, he added, would result in less public debt, but agreed that the bloated size of government cannot be addressed “instantaneously” due to the impact this would have on already-high unemployment levels that are expected to jump further post-Dorian.

Dr Rodgers said the Government should first release all temporary workers once their contracts expire, implement a public service hiring freeze, retire all workers aged 65 years-old and over, and then put in place proper systems and structures that promotes high-performers while also dealing with those who failed in their duties.

“One of the things Dionisio [D’Aguilar] has been doing in the last year-and-a-half is changing the old guard in tourism and bringing in younger people who know what time of day it is,” he told Tribune Business.

“There’s no governance or oversight of these institutions to make sure they’re doing what they’re supposed to be doing. There’s no mechanisms in place in those institutions when customers feel they’ve been mistreated and maltreated for recourse where people can take their complaints.

“Many times the customer service quality is poor because these people just try to frustrate you so you will compensate them for providing timely service which should be the norm,” Dr Rodgers added of the civil service.

“Because public servants are not that well paid successive governments have turned a blind eye to deficiencies in the system because it’s a way for public servants to increase their income.”

Dr Rodgers' comments are right on target! Hopefully, they will stimulate dialogue among all sectors of the country. We need to make healthy changes to our ways of work and living in general. Presently, I despair that we will not be able to compete on the world stage with our unhealthy attitudes. Our young people are not returning because they have better opportunity abroad, in the main, but also because they have embraced a different attitude to work and living and see that nothing has changed at home to encourage them.

Rodgers is just too darn long winded in stating what has been known for decades now.

Corrupt goverments don't like voters who can think for themselves so they make it a point to dumb down successive generations of students by literally starving the public education system. The private sector has little use for dumbed down, illiterate and non-productive employees (voters) so they are left to be hired by the corrupt government of the day in exchange for their political loyalty. This worked well for the first 25 years of the PLP, but the civil workforce then became much too bloated, unmanageable and costly for governments to control and manipulate as Pindling had done. As a result we now find ourselves with alternating corrupt FNM and PLP governments every five years. The 5-year revolving door of corrupt PLP and FNM governments has become a self-reinforcing cycle for the decline of our nation, as the select few corrupt politicians who govern us, and their favoured politically-connected cronies, go about taking their turns unjustly enriching themselves by raping, pillaging and plundering the vast majority of Bahamians, including gourging on the sale of our most valuable national assets to foreign interests. Rodgers is essentially saying the same thing, but not as bluntly and concisely.

This is the most sense i have heard in sometime. "If the living wage is at $45,000, but the average is actually at $17,000, people have three choices: Beg, steal and borrow,” he told Tribune Business. “That’s why they borrow so much. The bottom line is not people are living above their means; they don’t have the means to live." - end of story. This foolishness government/so called economists are saying about Bahamians not saving is just to justify the raising of even more taxes.

I completely agree except for the education part. Rogers does not mention that Bahamain Culture shuns intellect in favour of gross machoism. until we change that, nothing will happen. The african in us favours brute strength over brains. history proves that the winners were smart not strong. So while the culture we live in distains intelligence the smart youts leave the country for places in the world where the mind is cool. Our politics are the same, we vote for the MAN who can dance the best meaning he has the best sexual prowess. Am i wrong?

Dr Rodgers said the Government should first release all temporary workers once their contracts expire, implement a public service hiring freeze, retire all workers aged 65 years-old and over, and then put in place proper systems and structures that promotes high-performers while also dealing with those who failed in their duties.

This is spot on and completely agree but no government have the balls to make this move and lose an election. Even if they did the next government would rehire those fired and contract the retired workers to buy back the votes.

Please make this Independent gentleman the next Prime Minister, with the members of the Good Governance NGO as his cabinet. There would be a future in which all Bahamians could be proud. Except the politicians, union leadership & do-nothings who ruin the countries of the world by Dumbing Down The Populous would object..

Please make this Independent Gentleman the next Prime Minister, with the members of the Good Governance NGO as his cabinet.
There would be a future in which All Bahamians could be proud!