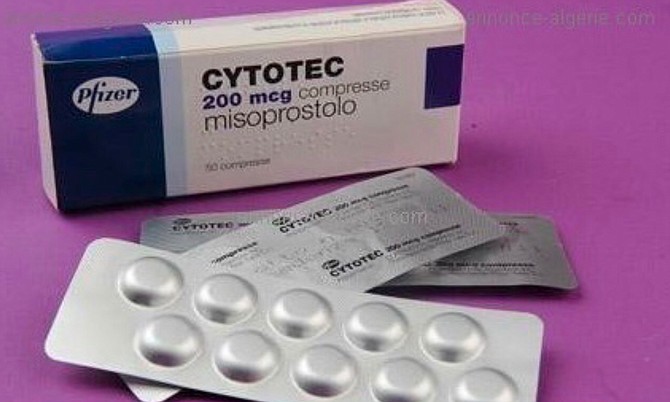 LEGISLATION restricting women’s access to reproductive health care has harmed residents and should be the focus of national discourse, not abortion drugs some obtain without a doctor’s prescription because they have no other choice.

She was contacted after this newspaper reported yesterday that one of its investigators acquired Cytotec, used to induce abortions, from a local pharmacy without a prescription. The investigator received five tablets, each for $20.

Dr Leon Dupuch, the immediate past head of Princess Margaret Hospital’s Obstetrics and Gynecology department, linked Cytotec use to a concerning number of women arriving at the hospital after an abortion attempt has gone wrong. Ms Wallace, however, said the pills are not the substantive problem.

“People are going to have abortions or attempt abortions no matter what,” she said. “Abortion is illegal now and people still access it through different means. People know which doctors, which pills they can use and there are myths, old wives tales that people cling to to induce abortions for themselves using various types of vitamins, supplements and bush medicines.

“They go to people who know about the practice of medicine, religion and magic to cause their own abortion, all of these methods are unsafe. In the most extreme cases people throw themselves downstairs, use hangers, all manners of things because of the desperation, knowing that pregnancy is not viable or their lives are not viable if they continue with the pregnancy.

“These methods put the life of the pregnant person at risk, not because they’re being selfish or irresponsible. They want to continue living and being responsible to themselves, society and anyone they can bring into this world. There are other countries in the Caribbean that have decriminalised abortion in more cases than we have, one such way is when there is a threat to the emotional, mental or financial wellbeing of the pregnant person. That is something we need to consider especially now that we are seeing the importance of talking about and addressing mental health issues. Jamaica, St Kitts and Nevis, St Lucia, and Trinidad and Tobago allow abortions to preserve physical and mental health, and Barbados, St Vincent and the Grenadines, and Belize allow abortions for mental health and socioeconomic reasons.”

The World Health Organisation says Misoprostol––sold under the brand name Cytotec––can be used to safely induce an abortion, though it recommends clinical follow-up to ensure complete abortion has happened.

“Misoprostol is not dangerous,” Ms Wallace said. “What is dangerous is the legislation that restricts access to proper health care and drives people to alternate sources and methods and misuse of any medication. We should not be rushing to get Misoprostol off the market, but to increase access to contraceptives and family planning services more broadly, have widespread sexual education campaigns, and recognise the human rights of women with particular attention to the body conventions we have signed, such as CEDAW, working toward fully aligning laws and practices with those principles.”

Health Minister Dr Duane Sands has called abortion issue “political kryptonite” and said changing the law is not among the Minnis administration’s priorities.

Ms Wallace said she is “completely horrified that the issue of abortion and addressing it is considered political kryptonite and that our governing bodies are more concerned about being elected in the next general election than they are about improving the situation in The Bahamas, particularly for women and girls.”

She added: “If we only run on this five year cycle, and our representatives we elect and pay to make this place function for us and not against us make decisions based on their own job security, this whole system needs to be thrown away. We need to be thinking about the well-being of people and meeting their needs. Our representatives have a responsibility to us and need to act for the benefit of the people, and not personal gain or political expedience.”

Ms Wallace stressed how traumatising abortion can be for women.

“It’s a decision people have to make in a time of crisis. It comes up because there were no preventative measures available to them. It can be very difficult to access contraceptives in this country. It is difficult for people living below the poverty line to pay for birth control pills and other methods of preventing unwanted pregnancies in addition to other financial responsibilities. Some of the more advanced methods throughout the region are the IUDs and birth implants in the arm. They’re cost prohibitive here but are subsidised and made available free of charge in other countries.

“We are severely lacking comprehensive sexual education, not only in schools but also for adults. Some people resorting to abortion are doing so because they have become pregnant by means of rape or incest, issues we aren’t sufficiently addressing in this country. People look at going through pregnancies as a necessary consequence for being irresponsible. But it is important for us as a society, economically and socially to not force people to have children they do not want or can’t take care of.”

The religious folk will never admit to reality, they live in la la land, they think banning abortion will stop abortions. They think that banning contraceptives will stop teen age sex. They are morons. Time to get real and leave religion in the church.....

can't the parents of these ladies just get them to shut their flucking legs and not get pregnant? Surely that's the easiest way.... but i guess that "D" average gonna raise it's head..... what a vicious cycle that just reproduces more "D" averages..... Minisitry of Health and Ministry of Education need fixed on this one....

See? This one actually thinks parents can get teenagers to stop having sex....

… children raised in two parent homes where they are loved, care for, are taught moral values and value themselves generally make better life choices than those who do not, but this is common knowledge. Not everyone believes they have to follow urges and impulses like an animal!

The great irony is that advocates for abortions are always the ones who were not aborted!

Half of our population should have been aborted. So many are just wasting space.

It is difficult for people living below the poverty line to pay for birth control pills and other methods of preventing unwanted pregnancies in addition to other financial responsibilities.

That is an absolute false narrative! People who are unable to afford contraceptives, can visit any community clinic and get them free of charge. Our people are just lazy and irresponsible. Women/girls, should not be allowed to abort an innocent life just because they choose to be irresponsible! Give the child up for adoption if you are not in a place to take care of him/her, but to just keep having children only to be allowed to abort them is unacceptable!

Every critical issue in this country is political kryptonite.