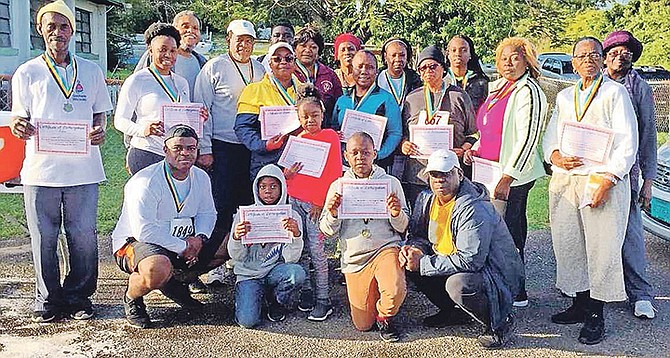 Members of Macedonia Baptist Church who participated in the walk race.

Men visiting from the various Baptist churches at the Macedonia Baptist Church walk.

It was a part of the Men’s Anniversary celebrations that concluded on Sunday.

Adderley, a former bodybuilder, took the female title over a host of fellow competitors from Macedonia Baptist Church, including second-place finisher Jackie Sands and Dinae Rolle.

Rev Dr Hartman Nixon presented the awards, which also included the overall church award that was given to the Men’s Department of the Bahamas National Baptist Missionary and Educational Convention, headed by director Rev Stephen Ferguson, an associate minister at Hillside Missionary Baptist Church. Among the divisional winners were: