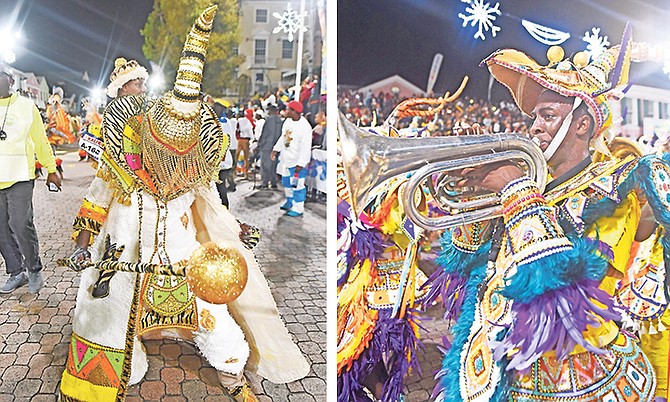 Valley Boys on Bay Street in the Boxing Day parade.

Do you think The Valley Boys were right to resign from the Junkanoo Corporation of New Providence?

VALLEY Boys Chairman Brian Adderley said yesterday that while the group is open to discussions to address issues concerning the handling of Junkanoo parades, its members are still not prepared to participate under the current parade’s management.

This comes after Minister of Youth, Sports and Culture Lanisha Rolle told reporters on Tuesday that her ministry is hoping to bring together the Valley Boys and the Junkanoo Corporation of New Providence (JCNP) to resolve their differences. 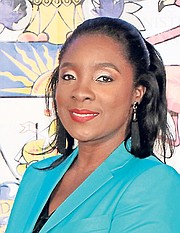 “I’ve not been fully briefed on the details surrounding any resignations —actual or proposed —and once I have that information, certainly I will look to bring the parties together to see how we can resolve the issues that have come about,” she said outside Cabinet.

Responding to the minister’s statements, Mr Adderley told The Tribune: “We are open to speak with anyone, (any) decision maker who would wish to discuss the establishment of a new entity to manage and improve future parades, however we are not prepared to participate under the JCNP.”

He added: “...We have moved on from that and are now planning for bigger and better things for Junkanoo; competitive parades is just one aspect.

“The majority of our members are looking forward to any positive changes in Junkanoo, including showing off Junkanoo and other Bahamian artisans to the world; we love Junkanoo and Bahamian culture.”

On Monday, the JCNP announced the resignation of the Valley Boys, adding the group will no longer be participating in any upcoming parades managed by the body.

Since the bombshell announcement, many dedicated Junkanoo fans have expressed sadness over the group’s resignation.

But, Monday’s official results crowned the Saxons in first place with 85.01 points, placing Valley Boys in second with 81.44 points after a three-point penalty.

Speaking to The Tribune on the matter yesterday, JCNP Chairman Dion Miller insisted that the corporation supports anyone who has Junkanoo’s best interest at heart and is therefore willing to have any discussions to improve the upcoming parades.

“I commend the minister for her willingness to assist junkanooers and showing that she has the best interest of junkanooers at her heart,” he said.

“You know the JCNP is an open tent and we are interested in supporting all groups, new groups and old groups, and anyone who has the best interest for Junkanoo at heart and certainly, if the Valley Boys want to reengage and come back in the fold, they’ll be welcomed to do so.

“There is no hate for the Valley Boys or any other group in that case. We’re here for all Junkanoo groups and anyone who wants to move this culture forward...We’re looking forward to go forward and to make the improvements that we need to make to advance Junkanoo.

“There’s isn’t any issue on behalf of the JCNP. The ball is in the Valley Boys’ court.”

Meantime, the Valley Boys will hold a meeting at the Thomas A Robinson Stadium this Saturday to address issues arising from the parades.

I have no idea why the Tribune and other outlets keep focusing on this story??
Okay, this year the Valley Boys resigned, then maybe next year the Saxons will resign.
Then the smaller groups can have their time to shine.

Then maybe, just maybe the government can focus on real problems and true suffering happening in this country!!! SMH

Colony's Comrade Premiership sure hell knows all criteria appoint em right? This one peaks his appoint's Imperialists teaser.Can't write this, just, can't that this appoint has even left both Red Shirts, and PLP's, with they eyes popped and jaws dropped.