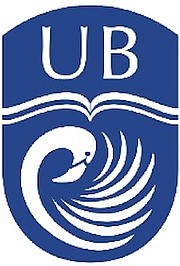 Staff are “disheartened” by the rumours and opposed to any possible closure of the campus, which is now temporarily relocated at a building complex in Freeport.

They find the proposition “disturbing” after being assured last year by UB President Dr Rodney Smith following his post-Dorian visit that the north campus would be rebuilt and returned to downtown Freeport.

The staff is calling for the university president and the board of trustees to address their concerns regarding the future of the northern campus.

A letter addressed to the president and board of trustees read: “This letter reflects the collective views of faculty and staff of the great UB-North. We are writing to you to reaffirm our commitment to quality tertiary education in the Northern Bahamas, which began over 40 years ago and to emphasise our dedication to increasing access to higher education throughout our archipelago, as is enshrined in the UB Act of 2016. But we are also writing to express our profound opposition to the alleged proposal to discontinue operations at the University of The Bahamas Northern Campus. We find this proposition to be short-sighted and most disturbing.”

Referring to a statement made by the UB president on July 5, staff indicated that there were subtle references to the issue. “Our small and close-knit community remains disheartened by these rumours, which, to date, have not been officially confirmed nor dispelled by the UB administration or the board of trustees.”

It was noted that UB-North has maintained consistent enrolment and steady growth in recent years. Staff said for the upcoming fall semester application numbers have increased. It was also noted that before Hurricane Dorian, the residence hall’s occupancy doubled in a single year.

UB’s $12m campus in East Grand Bahama sustained severe flood damage as a result of a 25ft storm surge during Dorian. The entire ground floor was destroyed, resulting in a significant loss of equipment and furniture.

Additionally, the newly built $3m student residence Hawksbill Hall built and opened last May was also damaged. The Grand Bahama Port Authority had donated 50 acres of land in East Grand Bahama to the university for the development of the north campus.

In the letter, it was noted that in the aftermath of Dorian, the UB-North faculty was left with very sub-standard teaching conditions.

The current campus consists of two small classrooms which they said has reduced the ability to offer an adequate number of daytime courses, and a small, 24-hour computer lab with unreliable air-conditioning that often malfunctioned due to overuse.

“We must, therefore, move swiftly to rebuild the campus as the faculty and staff have patiently endured some extremely challenging working conditions for almost one year now,” the letter noted. “Faculty have been without offices to properly assist and advise students or hold student conferences. Staff has been faithfully working in cramped, common workspaces shared by multiple departments as well as from workstations located in hallways. Yet, we have still provided consistent quality service. A new campus that addresses these concerns is imperative, as we must also now co-exist with COVID-19 and its new health and safety challenges.”

It was also mentioned that UB-North had submitted a strategic plan that was approved by the board of trustees, concerning the relocation of the UB-North campus as the first of seven strategic goals.

“We were further informed that this would be accomplished with the funds from the Hurricane Dorian insurance claim. To this end, a downtown facility was identified, and UB North Vice President Dr Ian Strachan presented an engineer’s report confirming the structural integrity of this facility,” the letter noted.

When contacted by The Tribune yesterday regarding a possible closure of the north campus, Dr Ian Strachan, vice president of UB North said that he could neither confirm nor deny whether university officials are contemplating such action as “a cost-saving measure.”

“I fully understand the anxiety such an idea would create,” Dr Strachan said. “My focus is rebuilding UB-North and I believe that is a no-brainer. I want to remind people that before Dorian hit we had over 500 students enrolled last August that represented a 15 percent to 20 percent increase over the previous year.”

Dr Strachan believes that an investment in a new downtown campus could mean tens of millions of dollars circulating in the Grand Bahama economy over the next four years.

He also noted that before the storm UB-North was very close to signing a multi-million dollar agreement with an industrial sector company that would have revolutionised the way the university and the private sector collaborate to improve the Bahamian way of life.

“Companies and universities worldwide are willing and able to help rebuild UB-North. We are certain of this. People need hope. Education gives hope. And the opportunity for a better life. Grand Bahamians, Biminites and Abaconians deserve hope and opportunity,” said Dr Strachan, who noted that UB has had a physical presence in Grand Bahama for over 30 years.

“Dorian and COVID are offering us a beautiful silver lining and that’s a new campus downtown. Despite the very difficult economic times the nation is facing, believe it or not, this is an excellent time to invest in education and our team believes that here in Grand Bahama, a reimagined UB-North can be a valuable tool in the island’s recovery and future growth,” he said.