Insight: What Choice Do We Have? After All The Years Of Independence We Only Have One Hand To Play 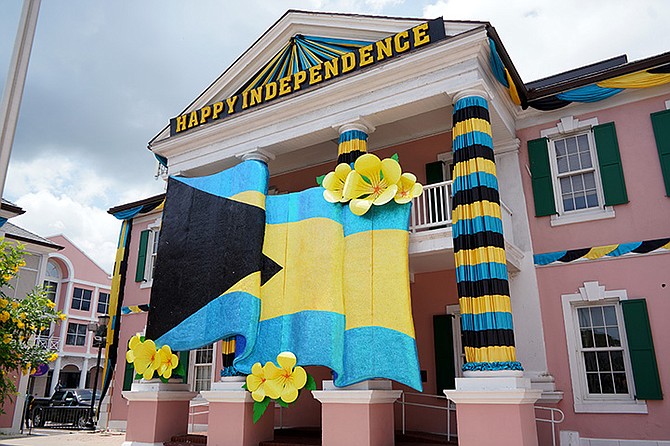 DESPITE the borders reopening, the country is still reeling with the coronavirus pandemic surging just next door to us. As we welcomed in the country’s 47th birthday, we also have been welcoming potentially thousands of tourists. Even with the US being hammered by COVID-19 with single-day records, with states competing to see who will clock in the highest numbers at day’s end, the government intends to take their chances.

And while they are castigated by many, the reality is they simply have no choice. Such are the dire economic straits we are in. Over half a million deaths and people, home and abroad, are rationalising the nearly seven million recovered cases as odds they like in the face of long-lasting respiratory and inflammatory illnesses.

The question is, however, if we had a choice, would this even be up for discussion?

We all know what the answer to that is, I’m sure.

Coming off a record year in 2018, where two million tourists visited the country, contributing over $3.38bn, or 27 percent of our GDP, we are a long way from the glory days, to say the least. In 2020, COVID-19 has completely pulled the rug out from underneath us, likely increasing the urgency of reopening the country.

When we consider the unemployment numbers, coming off Hurricane Dorian, just looking at Grand Bahama as an example – prior to the storm unemployment was 10.9 percent, an amazing feat. Post Dorian, that number sky-rocketed to 50 percent. Unable to catch its breath, how does one think the nation’s second largest economy is faring now with major projects this year coming to a screeching halt? And with NIB payments being dispersed to more than 20,000 Bahamians as of May – two months after the pandemic became a global health emergency – we know most of those individuals live in Nassau

The media cannot paint vividly enough how trying these times have been and will likely continue to be for Bahamians, who already face an incredibly high cost of living, with layoffs and reduced pay in the hospitality industry taking place. As Americans continue going about their lives like the pandemic doesn’t exist, more and more states are regretting their openings and reversing course. Apart from wondering if they will continue to come, will Americans be able to travel, financially or physically?

Not even a week after cracking the 60,000 single-day case mark, the US upped the ante, topping 70,000 cases over the weekend. And with infectious disease experts cautioning against a vaccine being ready at the end of this year, Bahamians should not hold their breath thinking we are anywhere near the other side of this monster.

A report by the Inter-American Development Bank, “Extreme Outlier: The Pandemic’s Unprecedented Shock to Tourism in Latin America and the Caribbean” recently highlighted our country’s vulnerabilities, ranking The Bahamas third among Caribbean nations economically dependent on tourism.

Its findings were, indeed, sobering. “There is nothing that can be done to replace or stimulate demand for tourism in the short run, but governments can provide focused and tailored support to preserve productive assets, help replace lost incomes for individuals engaged in the sector and use the interim period to prepare the ground for the resumption of activity under uncertain circumstances,” the report read.

It went on to say: “The near complete shutdown of both passenger air travel and cruise ship activity beginning in March 2020 would imply a much larger shock to tourism arrivals and related receipts for 2020 and perhaps beyond.”

In 2018, the vast majority of the 670,000 visitors that came to Grand Bahama did so by cruise ship. Notwithstanding a lack of preparedness, the level of risk associated with taking a cruise is exponentially higher. Also, will we really be that desperate to receive them? For all indications we’ve heard from the Minister of Tourism, that is quite possible.

Say what you will, a 50 percent unemployment rate on the heels of Hurricane Dorian drives a hard bargain for a politician.

So where are we in the immediate term? While backbenchers incite the masses to agitate for their piece of the Sovereign Wealth Fund and armchair politicians chaff the government for not monetising our natural resources in an equitable manner for Bahamians, our only horse in the race is tourism.

For the near-term, that is a take it or leave it proposition. And that, my friends, is the problem.

There is no other feasible way beyond this, except some extreme luck, suffering, or a bit of both – in which case we should be so lucky for the latter. Because as it stands, the consequences of successive administrations not preparing us for this will indubitably be painful.

Forty-seven years later, and our infantile economic development leaves us in the most precarious position we’ve ever faced.

Who would have thought that Tourism could collapse almost overnight?

We've had a good number of global events since 9/11 pointing out the very great risk of having all of our country's eggs in one fragile basket.

The choice is die with money or be broke and live. These are frightening and sad times. one of the problems is the competent authority Is not competent at all.

Even if Strachan believes he is his shepherd.

It’s absolute bull to think those are the only choices!

But no wonder idiots are making the decisions they are making.
There is a saying it takes years to develop a good reputation and no time at all to develop a bad one-tourism could employ technology and the country could be busy right now- but no - just destroy it using fear - great job!

Financial greed is a terrible thing and history has shown it to be the ruination of many individuals and countries alike. Emphasizing the worshipping of wealth at the expense of lives is never good. And fear, not hysteria, is a good protective mechanism in nature.

I agree for once with the writer. We are in a hard place. We put all out eggs in the tourism basket and now are paying the price. Yes it would be great to do something else economically, but that will take a while to do for out economy (and what would this be, manufacturing won't really work as it will always be cheaper to buy from outside, and farming sounds great but I am fairly sure most do not want to be out in the hot sun all day). So do we keep shut until the vaccine/cure or virus disappears or run the risk and try and get the economy going again. I know with the current rates of death and who it is hitting i would choose to open. But others may say don't, we could move all of them to an island and then isolate them until this is all over, whilst the rest of us work and try to make the money needed to fund their isolation.

You still don't get it. You cannot force tourists (especially North Americans) to overcome their great fear of Covid-19 and visit our country. It could be years before they are once again comfortable traveling by air or sea, but unlikely in the numbers we have seen in recent years. And all bets are off if our country becomes completely overwhelmed by Covid-19 as a result of Minnis and D'Aguilar's foolish decision to pre-maturely re-open our international borders in the midst of a blazing resurgence of the Communist China Virus in many US states, especially Florida.

And let's not forget that many North Americans still have well etched in their memories the horrific scenes of the aftermath of Hurricane Dorian that was heavily televised and covered by all other major video platforms. Do we really want to add a devastating outbreak of Covid-19 in the Bahamas to their memories? That might risk us falling off the tourist destination map altogether for decades to come.

Sure, but not opening means they definitely can't come.

Well, if Atlantis, Baha Mar and Sandals are all closed, they probably will not come anyway, will they? Where will they stay?

We too should have kept our borders closed to travellers from the US. It's the most sensible thing we should have done (and possibly could still do) to protect ourselves from the ravaging effects of an uncontrollable outbreak of the deadly China virus that could all too easily totally overwhelm our healthcare system.

Why would anyone but a looney-tune want to gravely endanger the most vulnerable in our society not to mention all of our healthcare workers? Only our dumber than dumb and mentally unfit PM and minister of health, who ironically also happens to be a medical doctor, would do this to us at a time when there are no tourists to be had in great numbers anyway. Nothing but sheer lunacy and madness on the part of Minnis and D'Aguilar!

You hit this one with precision Malcolm Strachan. This is our reality at the moment. People need to get a grip on reality. No amount of gripping about what should or could have been will change the situation we are in right now.