Face To Face: In Music, Antonia Found An Escape And A Place To Chase Her Dreams 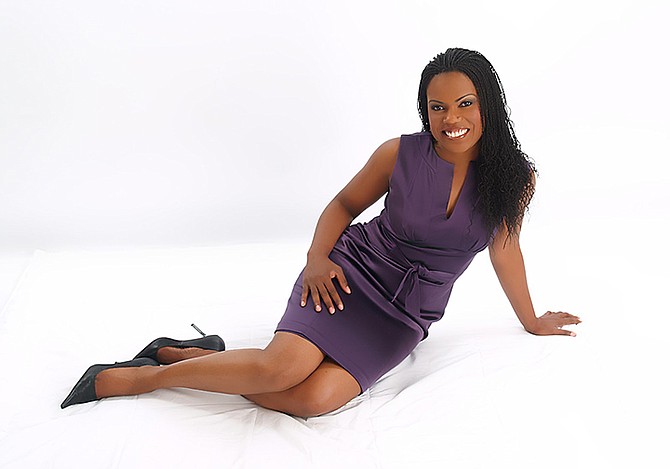 The Independence holiday was a good time to sit and reflect on our nation, look at the good and the bad, and determine what we can do individually, as well as together, to help make our country great. I chatted with an amazingly talented woman over the holiday – one who has done so much to augment Bahamian culture in the field of music. Even as a youth, Antonia Wilson was busy making her mark on her beloved Bahamaland. She lives in Florida today, but her love of country remains strong and it has helped her to develop into woman she is today.

I was first introduced to Antonia by Allison Marrette Rolle. When she sent me the YouTube link to watch Antonia’s work, I was blown away. She is an extraordinary composer. The level of excellence in her work speaks volumes. Her song He’s Sweet I Know was a great one to watch on Independence day. The video highlights the beauty of The Bahamas with its color, ocean scenes, and the spirit of the performers. In May 2020, Antonia was scheduled to be on tour as Creative Director for Sam Moore (Legendary Rock-n-roll Hall of Famer) in Tokyo, Japan, but COVID-19 caused a delay in those plans. She wrote, arranged and directed a CD project called The Sower & The Seed featuring Joss Stone in 2017. She has a plethora of presentations and live performances that have been broadcast around the world.

Her album Me & Hymn has been called a “well-constructed masterpiece of hymns” that “sound original and classic at the same time”. It is influenced by various styles of Gospel, Jazz, Latin, classical, A Cappella, and R&B, and even includes a negro spiritual blend in the song ‘Resurrection Day’. As I watched her videos and listened to the inspirational music, I recognised the exquisite touch that Antonia puts on everything she produces. All of the songs featured on Me & Hymn were written and arranged by Antonia, and she worked with Jonathan Joseph and Douglas Carter Jr to produce the project. Legato Vocal Ensemble performs with her. She dedicated this album to her mother, the late Audrey Dean-Wright, noted composer and Bahamian cultural icon.

She worked with her mother, as well as Audrey’s sister Patricia Bazard, during their humble beginnings, which gave her a wealth of experience. Antonia was born to Arthur and Ivy Rollins, but as an infant, she was cared for by Marina Dean and her daughter Audrey. Arthur and Ivy had twelve children together, eight of them remain, and Antonia was second to the last. Marina, Ivy’s sister, lived on John Road West near Hospital Lane. There, little Antonia would watch kids flock in and out of their home as Audrey, who was a teenager at the time, would give piano lessons. Antonia’s Aunt Ena, whom she affectionately calls “Grammy”, owned a store downstairs. Ena made uniforms, church robes and other apparel, and Antonia would help her by sewing buttons, ironing, and just being a helper. Grammy was also an Evangelist at Salem Baptist Church, and so Antonia had much exposure to music and song at home and church.

She attended St. Barnabas Pre-School and Wee Wisdom in Centerville and even in those formative years, Antonia showed promise: “I was only about five years-old and I remember picking up the oboe, violin and the clarinet, even though these instruments were bigger than me! I could play “Mary had a Little Lamb” and I remember my family members gathering around in the dining room and being astonished that I could do that.”

By the time Antonia was six, Mummy Audrey, as she called her, told her that she was going to Jamaica to live with Pastor Hugh Scavella and his wife Eulee. They had moved from Nassau to Mandeville, where Pastor Scavella had been sent on assignment from the Seventh-Day Adventist (SDA) Conference.

“It was rough separating from my family, but I was obedient,” Antonia shared. “I took piano and violin lessons and I embraced the situation. My love for hymns grew and I found myself harmonising with the melody from age six. I would memorise songs… and music was my constant over the years.”

When Antonia was in the third grade, Audrey called for her to come and join her in New York City. Audrey was studying for her Bachelor’s Degree at the Manhattan School of music. Antonia’s eyes were opened to a whole new world. She met an urban city filled with skyscrapers and a mesh of cultures and experiences. 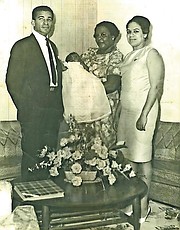 “Culturally it was great, and musically, I evolved – I got to see the world in an enlarged light,” Antonia said. “I attended summer workshops at Manhattan School of Music playing at the Suzuki Violin Camp. I joined the Children’s Cherub Choir at Mount of Olives SDA in Brooklyn. I had a solo recording on a 33 LP back then. I had my first piano recital at one of the halls within Carnegie Hall with over 70 young kids. I learned independence, taking the subway and buses where I had to go. The kids at church… they played by ear. Everyone was so nice! Culturally it was great. I interacted with not just African Americans, but Italians, Puerto Ricans, Jamaicans, and other ethnicities. I would roller skate, ice skate, and double dutch… and I loved singing and playing violin.”

They moved back to Nassau when Antonia was in the 6th grade: “I had a very eventful childhood as a leader. I was singing in big and small groups, going between Salem Baptist Church on Taylor Street and Centerville SDA. Then I helped Patricia as she performed gospel music with the National Baptist Mass Youth Choir. I became a dedicated accompanist.”

“Annually I was register for the Bahamas National Arts Festival. It was always a delight for me to make a presentation on my violin. I had the opportunity to perform in front of E. Clement Bethel, my godfather. It meant a lot to me as I was so inspired by his music in the legendary production Sammy Swain, and I also by the Chamber Singers.”

But with all the great things going on in her life, the young Antonia battled issues with identity and worth, including trying to understand why her birth name was changed.

“As a child, I found The Bahamas to be a place full of classism - if you don’t have your own mother and father, if you didn’t have a specific kind of family setting, everyone else indirectly turns their nose at you,” she said candidly.

“So music helped me outwardly, although I was hurting bad inwardly. People would tease me about being adopted. And my family itself had segregation and division. Children learn to speak when spoken to and answer when called, but no one really listens to the child. But, I kept producing musically. I had to find myself outside of my culture and country, but I miss my home. God turns things around and makes a way for us.”

“I am proud of my country… I have always been. In my writing, there isn’t a song I produce when I am inspired, that I don’t reflect on my country. My heart is attached to my roots.”

Antonia is currently writing a song called Ocean Breeze, where I envision the “cool, clean waters” of The Bahamas and all its natural beauty.

Antonia has a wealth of work as a musician under her belt. Her repertoire is extensive and shows her versatility as an artist who has worked with people from many cultures and nations. She is currently an Adjunct Professor of Music at Florida International University. She is also a piano and voice instructor. Keysha Edwards-Taylor enjoyed having Antonia as her vocal producer and project manager on her album Deep. She is a member of Women in Jazz South Florida Inc and served as a former Advisory Board Member for the City of Miramar, Florida. Antonia is the artistic director and founder of Legato Vocal Ensemble. She was the Conductor of Chimer in Praise of Perrine, Florida; Director of William R. Butler Inspiration Concert Choir of University of Miami; and Worship & Creative Arts Director for The Fountain of New Life Ministries. Antonia arranged, co-wrote and produced seven book projects for her mother including: Fingertips, Children Sing for Joy, Flutescapes, Bahamian Lyrics & Other Poems, The Young Pianist, Sacred Songs of Praise and Audrey’s Popular Bahamian Hits.

In tribute to her godfather Clement Bethel, she has included songs of his in her work, including one called Praise and another called Tomorrow inspired by his composition called When the Road Seems Rough, which she rearranged as a pop song.

Antonia is married to Harvey Carmona and she and they have five children together. Family means a lot to her. In terms of her own birth siblings, she reunited with her oldest sister, a retired cosmetologist and business owner in New York. She has a brother, Arthur Rollins Jr., whom she says is like the “Lou Rawls of The Bahamas” and is a great singer. She is also proud of her brother Aaron Rollins-Neely, the director for the Bahamas National Youth Orchestra and is an accomplished musician and teacher. Of all her biological siblings, she remains very close to her brother Ambrose.

With music in her blood and the Bahamas in her heart, Antonia is looking forward to continuing her musical journey. She has worked with the likes of Cece Winans, Israel Houghton, Richard Smallwood, Bobby McFerrin, Byron Cage and Earnest Pugh, and she has performed in places like Cannes, France; Barcelona, Marbella and Madrid, Spain; Mexico and Moscow, Russia in addition to performing throughout the United States. But Antonia believes that there is still more in her, and she is determined to keep overcoming odds to accomplish her dreams.