‘Tell Me Why You Had To Kill Jamal’: Fiancee Despairs As She And Victim’S Family In Police Shooting Wait For Answers 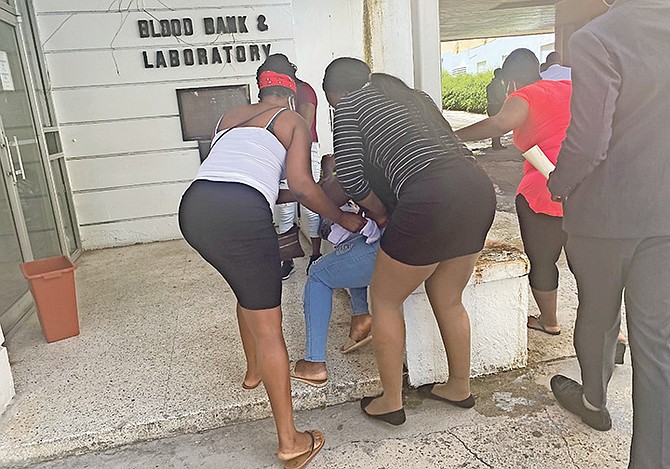 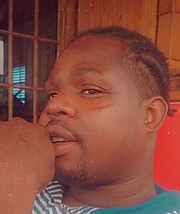 A FAMILY is looking for answers after a man was shot and killed by police near Windsor Park – but days later they have not been contacted by officers.

The man’s fiancée yesterday said she broke down in tears when she went to identify his body at the morgue.

On Friday, there were social media reports of an incident near the park, but it was not until last night that police confirmed that officers shot and killed a man.

Police said yesterday that shortly after 8pm, officers were on patrol on Windsor Lane near Windsor Park when they received information about a man in possession of a firearm, suspected to be illegal.

“The suspect’s firearm was recovered and secured. The Emergency Medical Services were summoned, on their arrival they rendered medical attention to the suspect and later transported him to the hospital where he later succumbed to his injuries.”

One resident told The Tribune they heard up to 15 shots and saw five to six police cars.

Over the weekend, relatives feared the victim was 31-year-old Jamal Frazer Bodie, but they said that police had given them no information.

The Tribune repeatedly pressed police on the matter over the past two days but only got confirmation yesterday evening after calling National Security Minister Marvin Dames. Commissioner of Police Paul Rolle said he thought a statement on the matter had been released earlier. “It was miscommunication in regards to that,” he said. “I apologize for the miscommunication. There was no attempt to hide anything.”

The Tribune was present yesterday when Mr Bodie’s fiancée, Deshanna Cleare, 24, went to the morgue to give a positive identification.

She said: “Me and my sister-in-law, we went inside the morgue to identify my fiancé, Jamal Frazer Bodie.

“When I saw him, I knew it was him and then I just breakdown crying. I drop to the ground and I couldn’t look no more but when they put him by the window, I know it was him.”

The women left the morgue in tears and inconsolable. Immediately, the relatives outside broke down after learning the news.

One relative could be heard sobbing “Why they have to kill him?”

Ms Cleare said she was told Mr Bodie was taken from the scene by ambulance and died in the hospital at 8:59pm on Friday. She said it was hurtful that the police had not informed the family about this.

“The police don’t have the heart to even post his picture up and say such and such happened if we could get in contact with the family members. It was hurtful.”

Mr Bodie’s mother, Monique Bodie, 52, said on Sunday that the family experienced difficulties when trying to get details about her son from police.

She said: “No police had never come to me. When I went to the station, one of them tell me ‘(They) ain’t on my run’. I went down to CID – me and my daughter and my niece this morning.

“The lady tell me say I must go to the dead house tomorrow and then come back to her. We went to the morgue. They tell the people in the morgue don’t tell me, tell the family nothing.

“I’m not gonna let my son death go so, no… they shoot him like a dog.”

Mr Bodie’s mother found out when her daughter called on Saturday to tell her that someone said the victim was Mr Bodie.

Ms Bodie said he lived with her after he lost his job – he was unemployed as a result of the pandemic.

She said he had told her he was going to the park to meet a man for a job.

“So when he gone, we heard the shot, but I know he was on the park, but I didn’t pay it no mind,” she said.

She said she went to the park and a man there told her that her son was unarmed and had his hands in the air.

She said: “My child is not a bad person. He’s a nice person and I need justice.”

Mr Bodie had previously been accused of gun possession, she said, but had won his case and had never served any time. Two of her other children were murdered, but not killed by police.

Ms Cleare also criticised the police force, claiming they have been “getting away with” similar events for “too long” and this cannot continue.

“How much time it happen – over and over. We just sitting there… letting it happen and it could continue to happen until we take forceful action against the police force.”

She said she was “hurt” and “devastated” when she found out on Sunday her fiancée was killed.

“I couldn’t believe it because he walk out the house and say he was coming right back and he was going by the park. When I gone sleep after eight and I wake up after 11, I ask my mum if she saw him. She say no and then the other lady next door say you hear the person who get shot on the park.”

Ms Cleare said the family was contemplating if it was him or not as there were no pictures of him posted. She also went to the Princess Margaret Hospital to look for him.

The couple had been together for nine years and were planning to get married next year. The couple have two young children.

When The Tribune spoke to Ms Cleare on Sunday, she said she had not told her children what had happened to their father. She said when they asked for him, she would walk off and cry.

“I can’t tell them because they love their daddy too much,” she said.

She said Mr Bodie is a “sweet, loving person”, “a great father”, and would “give his last for anyone”. “His family comes first”, she said. Police are appealing for anyone with information to contact 502-9991/2 or Crime Stoppers on 328-8477.

Condolences. Hope the family gets justice if the claims are true.

She's asking why the police killed him? I believe it is VERY clear. He had a friggin gun and pointed it at police. Sounds like she and the dead guy were a clear match. Both very unintelligent!

And she expects the police to come knocking on her door to say what? We killed your fiancé because he was a very bad person?

Did he pull the gun on the cops or not is the question? I am sure anyone pulls a gun on you and you have a gun you going for yours ASAP.

And both your other sons were murdered but not by police? Why not have some more kids see if you can get them past the D average and wanna be gangsta bull shite? Maybe you'll have someone to take care of you when you retire to da island...

Lady everyone knows you get arrested dump in jail or ga dead on friday night in the Bahamas no one saying nothin to no one till Monday AM. You have (2) other dead sons you should know this already...

I find this awfully shady. Our police need cameras too. We don't know what we don't know and all this police word against citizens isn't fare for us or them give them cameras so that we have evidence showing the man pointing his gun, because at the end of the day we are all corrupt.

It seems to be the norm for women to be mothers before they are fiancé's or wives!

I'm sure the young man was a respectable, educated contributor to society with high moral standards brought up in the fear of the Lord by his loving mother, but the pulling the gun on the police part has me confused.

I wonder what the spotshotter has to say about what happened!