Zane Is On The Move Again 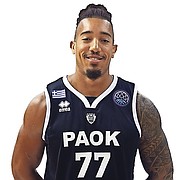 BAHAMIAN pro basketball player Zane Knowles is on the move again this offseason.

The seven-year veteran reached an agreement with Baikesir Buyuksehir Belediyespor of the Turkish Basketball League for the upcoming campaign.

In a busy 2019-20 season, Knowles played in three leagues and two countries before the COVID-19 pandemic brought basketball to an end globally.

He concluded the campaign with Levski Lukoil of the Bulgarian NBL League. In just two games with the club he averaged 13 points, seven rebounds and 1.5 steals per game.

In 2018-19, Knowles was in the French ProB League with Etoile Charleville-Mezieres.

Knowles spent his first pro season with Siarka Tarnobrzeg and King Wilki Morskie Szczecin of the Polish Basketball League or Tauron Basket Liga, the highest level of pro basketball in the country. He has also played professionally in Japan (Tokyo Cinq Reves and Wakayama Trians) where he averaged 9.2 points, 8.3 rebounds and 1.1 blocks in 24 total appearances before making the move to France.

He spent his freshman year at Grambling, where he was hampered by several injuries and followed with a brief stint at Pearl River Community College. Knowles completed his final two years of eligibility with the Texas A and M Corpus Christi Islanders.

Coming out of Texas A and M Corpus Christi, Knowles was drafted by the Wisconsin Herd of the NBA G-League in third round (68th overall). He also participated in the G-League’s Star’s Open Tryouts before being cut in training camp and eventually signing in Poland.