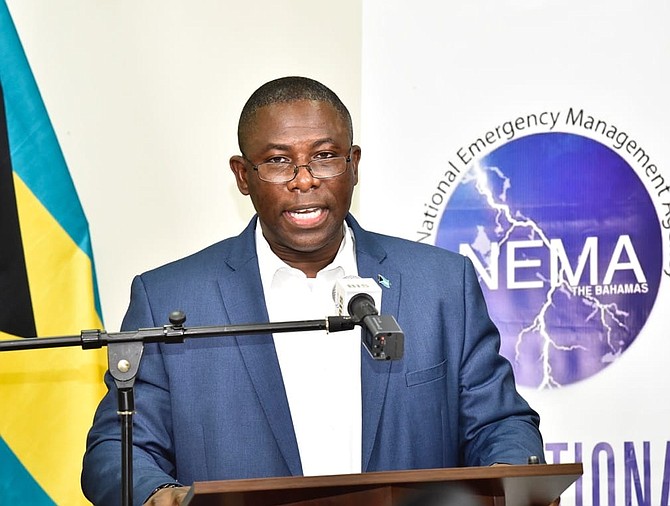 The Minister of Health spoke at a joint NEMA and Ministry of Health press conference which addressed both the current position of Isaias, and an update on the COVID-19 pandemic in The Bahamas.

In his address, Minister Wells also revealed that three more people have died in The Bahamas from the virus.

“To date, there have been 574 confirmed cases of COVID-19 in The Bahamas,” said Minister Wells. “Of our total cases, we have seen 91 individuals who have recovered. Life is precious and any death from COVID-19 is a great loss to our country. After a thorough investigation, during this current surge, three additional deaths have been confirmed to be deaths due to COVID-19, thus bringing the death toll to 14.”

One of the main points stressed by Mr Wells was honesty for those who are carrying out “contact tracing” exercises. He said once everyone is honest, it can help with curtailing the spread of the virus.

“Another fundamental way that we respond to the COVID-19 challenge is through contact tracing,” Mr Wells said. “Contact surveillance is a time-tested public health strategy that breaks the chain of transmission and limits the spread of infections. Contact tracing, though, is heavily dependent on individual honesty.

“Everyone must be honest and open when contacted by our COVID-19 Surveillance Team. We beg you not to refuse to answer calls, block calls, or purposely lose contact with surveillance officers; and not to provide untruthful accounts of activities. If you have been directed to self-isolate or self-quarantine, please do so – without exception.” 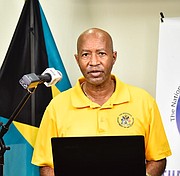 Trevor Basden, director of Department of Meteorology, said at 8pm on Friday New Providence would feel the effects of Hurricane Isaias and at 6am on Saturday, the storm will make landfall on Grand Bahama and the Abaco, two islands that have not recovered from the ravages of Hurricane Dorian.

“Isaias is moving towards the north-west near 16mph,” Mr. Basden said. “When the eye was over Inagua, some members of the Defence Force said it was at 25 to 30mph, but while over Turks and Caicos Islands, however, in that north-eastern, quadrant which is synonymous with stronger winds, they were getting 50 knots. We are realising that most of the weather associated with Isaias will be to the north-eastern quadrant of the storm so that will be of particular concern.”

Mr Basden said that the islands of Acklins and Inagua had already felt the impact of Isaias, a storm which is dumping lots of rain where it lands. Earlier today, photos and videos of the Turks and Caicos Islands and the Dominican Republic made rounds of social media, showing extreme flooding of those island nations.

With COVID-19 making its second wave in The Bahamas, with spikes of up to 60 plus cases per day, Lillian Quant-Forbes, director, Social Services, said shelters are ready to accept people who have been in quarantine, should their homes become compromised.

“Shelters were activated on the islands throughout The Bahamas and New Providence, as of 10 o’clock this morning,” Ms Quant-Forbes said. “As of last evening, Thursday, at 8pm the following islands confirmed their shelters were activated – Cat Island, Mayaguana, Inagua, Exuma, Andros, Eleuthera and San Salvador.

“There are people who were asked to isolate and to quarantine so some of them will be at the shelter and so we have indicated that at each shelter we will try our best to identify safe zones for those persons, if we can quadrant off a space in the place or identify rooms, specific, for those persons to be in and that is what we will do.­”

The Social Services director urged people who need the shelters to come early and bring only the necessities as space is limited due to social distancing.

Henry Moxey, engineer at the Ministry of Works promised limited flooding in the capital due to ongoing maintenance on the drainage system. Mr Moxey says he feels confident there will be a difference seen after the storm.