Vendors - It’S Not Our Fault 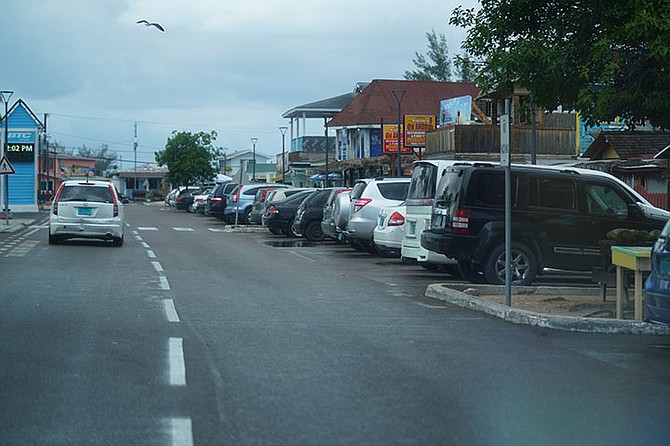 ARAWAK Cay vendors are hopeful the popular dining spot will not be closed again despite some patrons’ behaviour over the weekend.  Pictures and videos showed customers not wearing masks or social distancing when operations were allowed to resume on Friday.

On Monday, health officials told The Tribune they found the behaviour “concerning” and “disturbing”.

However when contacted for comment, Arawak Cay Conch, Fish, Vegetable & Food Vendors Association president Rodney Russell told The Tribune the videos being circulated did not have anything to do with his members’ establishments but said they showed people near the beach park at Arawak Cay, located east of Fish Fry, where measures were not being followed.

When his concerned members called him about the matter, he said it was the responsibility of the police to enforce the rules at Arawak Cay.

“Now the police were aware of the loud music that was going up there and what was going on,” he said. “Whereas the police on the other hand were busy watching the vendors at the Fish Fry and somehow ignore those group of persons up the street and then the video came out and (people said) it was the Fish Fry.”

Mr Russell said his members have tried their best to comply with all the government’s wishes and have no idea what occurred a few feet away. He said there should be a discussion to iron out problems to continue to business in the area. However he said his members should not be penalised.

Metellus Chipman, proprietor of an Arawak Cay eatery, admitted he was not present when the situation in question occurred. However, he said what was captured on video was just a snapshot of what occurred at the area.

He added: “I’m excited to be back out. I’m sure other fellow Bahamians are the same way, so if all Bahamians are excited to come to our beach and celebrate with one of their family members or friends who they haven’t seen in a little while – you gonna have a boost of excitement for a minute. Then, it’s gonna die down and go back to what it’s suppose to be.”

Ricardo Williams, owner of Drifters at Da’ Fry, said although the videos and pictures that were circulating were concerning, he felt the innocent should not have to take the fall.

“I mean it is a concern but hopefully we start to look (at) addressing the person that violated the protocols versus trying to do a sweeping shut down of everyone because I mean obviously why should the innocent again suffer for the guilty,” he said. “If we don’t make the persons accountable who need to be accountable, they’ll never take the measures they need to.”

Arawak Cay and Potter’s Cay were allowed to resume operations on Friday, with outdoor dining only.

Our supreme ruler who is now also our new minister of health seems to be tongue tied on these most important matters.

Many cried for the Cay to open... well now it is. Nassau will be lockdown soon again. This thing ain goin' away. Our numbers here in GB are still 8, I hope it stays that way. The PM cannot rule anyone, in fact, now more than ever there is the need for personal discipline. So they go mix and mingle and then stuff happens then we blame the gov't. Nassau needs to realize they have the most, no other island numbers are moving higher. The police are tired. They work the curfews, they work the streets, now they calling on them to enforce COVID rules. It is sickening. Perhaps its time to reclose that Arawak Cay for prevention purposes!!

You stand a greater chance of catching the deadly Communist China virus while shopping in a food store or worshipping in a church or being a passenger on a plane or cruise ship.