Insight: A Helping Hand For The Hundreds Left Devastated By Dorian 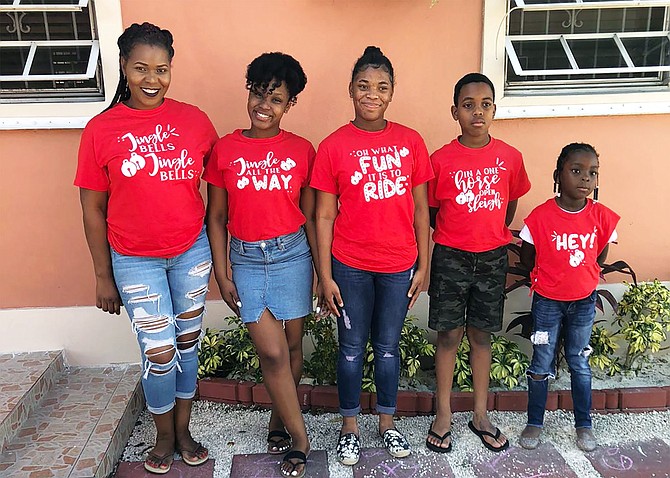 Last September, Hurricane Dorian struck the Northern Bahama Islands of Abaco and Grand Bahama causing billions of dollars in damage. The One Eleuthera Foundation stepped in to assist hundreds of evacuees who resettled in Eleuthera, with just over half still remaining today.

Over 14,000 people were displaced by Dorian with Abaco taking the brunt of the catastrophe. The fierceness of the Category 5 storm is still fresh for many. Abaco evacuee Josette Albury-Gilbert who is a single mother-of-four, survived to tell their story.

“When it rains and it’s stormy, at night, my children pile into the bed with me and my little one would still tremble,” said Albury-Gilbert. She and her three children, ages six, 12 and 14 survived by swimming to a neighbour’s house after the roof of their house was blown off. That neighbour soon had to leave.

“All of us kept moving from one place to the next. We were swimming. We were scared. We didn’t know what was happening. I just wanted to make sure we were safe and trying to get to safety. I lost a co-worker in the storm and a few people in the community because the water was really high and a lot of people can’t swim. I thought a demon was in the storm. You could hear screams and things. It was worse than a nightmare.”

Albury-Gilbert is one of the 273 families assisted by the One Eleuthera Foundation and she was thankful for a new start. She was able to leave a shelter in Nassau in October 2019 with her three children. Her fourth child will be graduating from the University of The Bahamas in June.

“When I received a call from Shawna McCartney of One Eleuthera, she told me about their programme to help evacuees. I didn’t believe her at first. I thought it was a joke. People don’t call you to say they will relocate you, find you a job and help you with a place to live.”

McCartney who was a cook in Abaco found a job at the Centre for Training and Innovation and her three children started school in Tarpum Bay.

Although they are not a disaster agency, the One Eleuthera Foundation (OEF) has moved from one emergency to another – Hurricane Dorian to the ongoing Covid-19 pandemic. Since September 2019 to June 2020, generous contributions of cash and in-kind donations from community, hundreds of donors and grants exceeding $900,000 supported this NGO’s seven-month Hurricane Dorian Relief (HDR) Programme and Covid-19 initiatives.

The evacuees were embraced by the communities in a loving space they would temporarily or permanently call home. The HDR Programme offered economic and beneficial necessities that included a housing and utilities (HU) allowance, emergency relief supplies, educational grants, a school feeding programme, job placement and training and trauma counselling. Funds also covered revitalization of commercial agriculture in South Eleuthera and employment and disaster preparedness.

Six hundred registered evacuees primarily from Abaco with a few from Grand Bahama represented 213 households. The HU allowance was applied to 173 long-term households on mainland Eleuthera, 39 short- term in Spanish Wells and one in Harbour Island. Also, undocumented migrants and others were able to receive support from the OEF.

Over 4,000 hot meals were served from three locations in Rock Sound and Tarpum Bay while people waited to get into their new living spaces. Two distribution centres offered clothing and dry goods. The education programme covered school supplies, childcare and a few salaries. Further, employment at One Eleuthera and CTI meant permanent and temporary jobs for 14 people and four relief coordinators.

To help ease the trauma for the hurricane evacuees, One Eleuthera engaged the services of a counselling team led by Emma Basset and Stephen Thompson; they covered all of Eleuthera. Utilising the services were 272 evacuees – 203 under the age of 18 and 69 adults - with the addition of 38 new applicants at the end of January.

School principal Shardell Gibson of Samuel Guy Pinder All Age School has reported that in time the parents improved and many students were on the honour roll. More funding is needed to support the counselling initiative and a survey showed that 60% of adults and 100% of children under 18 requested more services.

Other emotional support included a memorial ceremony at the Methodist Habitat’s Camp Symonette in James Cistern that gave closure for many. Later in January 3, 2020 a heartwarming community connection event in Rock Sound was attended by 110 evacuees who came from the many settlements on Eleuthera. The Hurricane Dorian Relief Programme was a holistic approach led by One Eleuthera’s CEO, Shaun Ingraham who is a certified disaster relief responder with 22 years of experience.

“Our 7-month Hurricane Dorian Relief Programme was rewarding and is a successful model that we are sharing with our counterparts and The Bahamas. We were happy to welcome the new residents to come and help us build Eleuthera,” said Ingraham.

At the peak of the evacuee’s resettlement – 300 in Spanish Wells and 300 on the mainland, the population of Eleuthera grew and the economy received a boost since most of the funds from the HDR Programme was injected into the local economy.

On June 13, 2020 a group of 51 people returned to Abaco by mailboat, and since January, approximately 200 people from Spanish Wells have also returned.

More information on the One Eleuthera Hurricane Dorian Programme and stories of survivors is available at www.oneeleuthera.org.