Insight: The Number Of Cases Are Skyrocketing And, To Put It Bluntly, Reopening As Planned Will Cost Lives 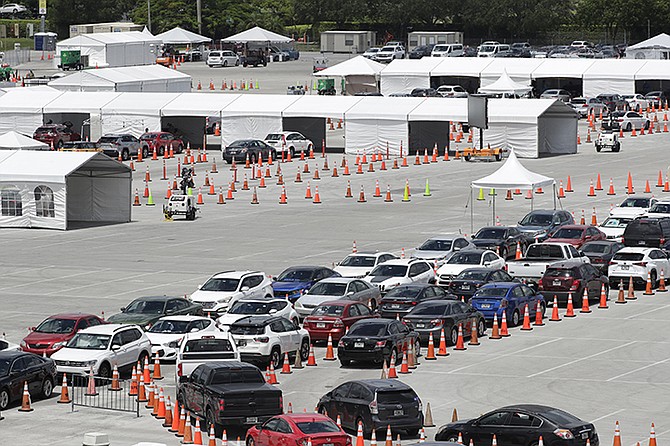 As a concerned Bahamian citizen living in one of the southern states in the United States currently experiencing an unprecedented spike in COVID cases, I am deeply worried about the potential consequences of The Bahamas opening its borders to international tourists, which is scheduled to begin on Wednesday.

I want to preface this by saying how impressed I have been with the Bahamian government’s response to this crisis since the outbreak hit this hemisphere a few months ago. I have been filled with pride to see the leader of The Bahamas display his belief in science, wear a mask and bravely impose social distancing measures, unpopular as they may be.

That being said, I believe the government will be making a grave mistake if Americans and other foreign nationals are allowed to travel to the Bahamas from July 1 and onward. I can tell you, as someone living in one of the top five cities of case growth in the entire United States, that there is no way to guarantee that the Bahamas will continue to enjoy the impressively low case numbers it now has if tourists are allowed back in so soon. The case numbers and hospitalizations in the US are hitting new record highs on a daily basis, and we all know that, because the US is currently only testing about 25 percent of its population, these numbers only reflect a portion of those who are actually carrying the virus.

On a daily basis, I see Americans refuse to wear masks and instead go about their business ignoring social distance recommendations. I am willing to bet they will not change this behaviour when on vacation in The Bahamas.

Yes, there are protocols in place, such as the requirement of a negative test. But to have the window that the test must have been taken within the last seven days greatly reduces the efficacy of this measure.

Let’s play out a possible scenario. Say Jane Doe wants to travel to The Bahamas in a week’s time, so she decides to be tested. (Let’s keep in mind now that test results in the US often take two to five days to be returned in the first place.) So Jane gets in her car and goes to a drive-through testing centre and is swabbed for the virus. And let’s say that, unbeknownst to Jane at this time, she is, in fact, negative for the virus. Unless she immediately goes home after testing and strictly self-isolates for the next six days until her flight, there is no way to guarantee she will remain negative for the virus when she arrives in The Bahamas.

If she does not go home immediately after being tested and instead does some very simple things such as stopping to get gas, or popping into the foodstore to pick something up for dinner, or paying a visit to a friend, it is possible and, as the case numbers imply, increasingly likely that Jane Doe could become exposed to the virus.

In this scenario, it is possible to be tested, and then become positive for the virus even before getting your test results back! And the test results would read negative, because Jane would have been exposed after her test. Not to mention the possibilities of exposure that are inherent in the very process of travel!

There is simply no way to guarantee the virus will not come into The Bahamas with the current protocol in place and given that the number of cases are skyrocketing currently, it is extremely likely that it will. There is simply far too much room for error. And these errors, to put it bluntly, will cost lives.

The state I currently live in made the fatal mistake of reopening too soon. Many hard-working Americans were put in the position of having to make the unthinkably difficult decision between their pay cheque and their health.

Now hospitalizations have tripled with the number of available ICU beds dwindling and the leadership is struggling to save face and with their tail between their legs, ordering businesses to close once again.

I believe The Bahamas will go through this same sad and, frankly, embarrassing sequence of events if the borders are opened under the current protocols. I know many Bahamian people are suffering and that keeping the borders closed a bit longer will require that the government continue to extend extra support to those who need it. I know this is not a simple thing to request. But it is precisely for the handling of complex challenges such as this that our government exists.

I humbly ask that the government reconsider making the same mistake of reopening too fast and without stricter protocols. The Bahamas has the unique opportunity - due to the incredible work that has been done by the government and the Bahamian people as a whole - to soon be a COVID-free country.

You have the opportunity to be recognized on a global scale as a leader in the fight against the deadly disease that has affected everyone on this planet. Why squander this unique opportunity? Why ruin all the hard work that every single Bahamian has contributed to in creating a country where this unpredictable and deadly virus is on the brink of being eradicated?

Now, I am not suggesting The Bahamian government operate based on fear. To the contrary, I am suggesting the government be brave enough to look at the numbers and the science and put the health of the Bahamian people first. The government of the US has failed to do this, and those of us here are paying for it dearly.