Face To Face: A Remarkable Life Detailed In A Folder Telling The Story Of One Of Our Nation’S Builders 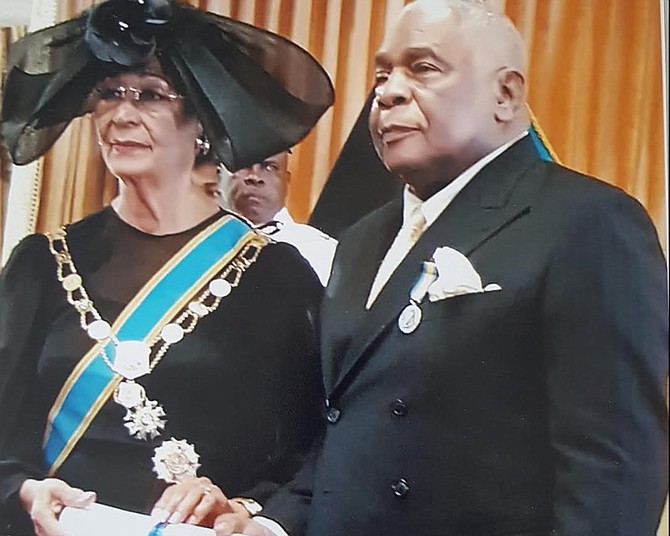 The “Father of Paediatrics” in The Bahamas was laid to rest this weekend, signalling the passing of yet another of our great nation builders. Time goes on, as it must, but it is right to take time to honour those who paved the way, paying tribute to their life and work.

Dr Patrick Roberts was one of the giants in medicine, but he was also a very humble, sweet man with a distinctively polite attitude and a constant smile. He was my doctor for a time, and I would always tell him that I wanted to feature him in “Face to Face”. He would always say, ‘No, that’s ok! I am just here to do the work!’ And work, he did. He retired this January at the age of 78, taking care of babies and anyone who came through the doors of his doctor’s office on Fort Charlotte right to the end.

One day, he finally obliged me. His lovely wife Jodell called me to say Dr Roberts had something at the office for me. I went and picked up a large folder, filled with his collection of photos, newspaper clippings, letters and more. Much of it was on his father, the late great Enoch Pedro Roberts, a pioneer in education, science and art. But there was enough for me to also get a glimpse into his life. That folder was loaned to me with great trust and care, and I was able to garner some information; however, it is really deserving of a book.

“EP” Roberts left a stellar legacy of nation-building, and his children and grandchildren walked right in his path. Enoch and his wife Gladys Raine had Dorothy, Gerald, Sylvia, Anthony, Rosamund, Pedro and then Patrick, the baby, who was born on New Year’s Day in 1942. The couple raised their children at their homestead on Pigtail Alley, behind Graycliff Restaurant in Nassau. They took their children to their birthplace of Abaco during the summers. EP hailed from Green Turtle Cay and Gladys was from Marsh Harbour. 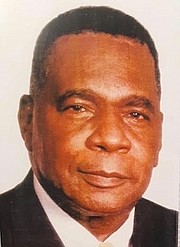 Armed with this solid background, Patrick returned home to make great inroads in medicine for his country. He served in many posts at the Princess Margaret Hospital, proving to be an asset to all the wards where he was called to work. Eventually, he served as the Paediatric Consultant and Chief of Paediatric Services at PMH, and he is the longest-serving doctor to hold these positions to date. His brother Pedro also worked at PMH. A pioneer in pharmaceuticals, Pedro served the hospital for over 30 years. The brothers must have crossed paths often as they worked to serve the Bahamian public in the management and care of their health.

Patrick was instrumental in the formation of what is now the Neonatal Intensive Care Unit of PMH. All of this helped earn him the title of “Father of Paediatrics” in The Bahamas, according to Dr Percival McNeil, who says his colleague was “held apart for a very special work”. During his tenure at PMH, Dr Roberts also served as Clinical Director of the Sickle Cell and Paediatric Asthma Clinics. He was a member of the Medical Advisory and Medical Management Committees; President and Regent of The Bahamas Academy of Medical Sciences, and Vice President of the Medical Association of The Bahamas. He was a Fellow of the Royal Society of Health, Royal Society of Tropical Medicine, the Royal Society of Paediatrics and Child Health, the American College of Chest Physicians, and the Scientific Council of the International College of Angiology. He won many awards and received many commendations along the way. He has presented on various medical topics at conferences all around the world.

You would think that this is enough to hold him in high esteem as a well-learned man who has given back much to his society. But Dr Roberts did not rest on these laurels. He was a devout Christian, and his love for his faith led him to seek higher learning in spiritual matters as well. He received a Master of Science in Educational Psychology from the University of Miami, and a Master of Theology in Applied Theology from Westminster College, Oxford University. He also held a Doctor of Divinity from Destiny Christian College and University, a Doctor of Theology from New Covenant University, and a Doctor of Philosophy from Trinity College and Theological Seminary.

It is intriguing to me that a man with more college degrees and certificates that most could be so very humble and quiet in nature. His love came in the form of action, as he served people and sought to help to heal humanity rather than boast. In addition to his penchant for medicine and his spiritual affinity, he was also an avid lover of sports. He enjoyed keeping up to date with all the achievements of Bahamian athletes as they represented their country around the world. This love of sports led him to serve as the official Physician for The Bahamas Olympic Team. He served for five Olympic Games: Seoul,  Atlanta,  Sydney,  Athens, Greece and Beijing. Dr Roberts was also Chairman of The Bahamas Boxing Commission and served as the official physician for all local and international boxing athletes participating in any Bahamas match. Once his work was done in clearing the boxers to fight, you could find him front and centre at ringside. He loved to have his two daughters Raine and Patricia right there with him.

In his civic life, Dr Roberts served as President of the Bahamas Sickle Cell Association and the Bahamas National Asthma Society. He also played an active role in organisations such as The Bahamas Association for the Physically Challenged and The Bahamas Special Olympics Association. He also served as a volunteer physician for the Bahamas Red Cross Society, the Children’s Emergency Hostel, and the Council of Women Child Day Care Centre. Because of his philanthropy, he was made a trustee Emeritus of Bethune-Cookman University.

He was likely inspired to take learning to the heights that he did by his father, who studied and received degrees in mathematics, physics, and woodwork from Tuskeegee University in 1928, which was an amazing feat in his time. Dr Roberts had finally agreed to sit with me and talk about his life, but it was obvious from the folder he loaned to me as a precursor, that he wanted his father to receive much of the praise for moulding him into the man he became. We did not get to have to have a sit down to delve deeper into his life, and talk about his journey from his perspective, because COVID-19 came, and I was travelling prior to that. However, I know that he wanted his testament to be one of service – one where people could attest to his work as opposed to him speaking of himself. Upon his death, scores of Bahamians, and colleagues from around the world, did just that.

He was called “kind” and “selfless”, and he and his wife Jodell opened their home to many. He was a gentle disciplinarian to his daughters. He challenged them to be their best, and provided them with a well-stocked library and boundless support in their endeavours. He shared closed bonds with his extended family members as well. He and Rosie were the last remaining siblings and he loved to spend time with her. His nieces and nephews all adored him, and recall fond memories spent with him. He often expressed how proud he was of all of them, and he constantly shared with them, and with all he mentored, the importance of love of God, family and country.

Here I pay honor and much respect to a real Patriot and Bahamian, Dr. Patrick Roberts. I salute you , your wife , and your loving daughters.

What a fitting tribute to a giant of a man. You have lived and served your country well. My condolences are extended to his family. May he rest in peace!