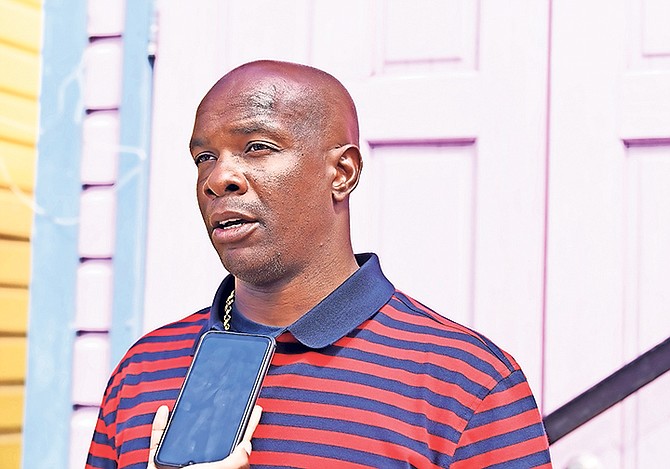 A DAY after the country recorded its first case of COVID-19, some local restaurants are already starting to suspend operations as a precautionary measure to safeguard against the potentially deadly disease.

One of them is Twin Brothers restaurant, located on Arawak Cay.

A manager at Twin Brothers, who only wanted to be identified as Ms Nottage, said the restaurant in Arawak Cay will be closed until April 16 for safety reasons.

Meanwhile, other restaurant locations, she added, will end operations at a later date.

“Right now, we’re very concerned about (the virus) and also, with the safety of our employees. As of today, we’re closing down from March 16 to April 16 right now,” she told The Tribune yesterday.

With about 70 employees currently employed at Twin Brothers’ Arawak Cay location, Ms Nottage said the restaurant’s main focus is ensuring that all staff members are financially secure in view of the fast-spreading pandemic.

“Right now, we’re processing employees for short-term claims with the National Insurance Board. We’re also issuing vacation pay outs as we speak as well as outstanding salaries,” she added. “We’re just concerned about securing our staff financially and seeing how we can assist persons with food, etc.”

Last night, Sandyport bar Bon Vivants announced a partial closure in light of the pandemic. The cafe will be open for take-out orders only, closing at 4pm while the bar will be closed until further notice.

“This decision was not an easy one to make, as a matter of fact it was gut wrenching,” Bon Vivants posted on Facebook.

Meanwhile Goldie’s Conch House is taking steps to slow the spread of COVID-19.

“We’ve been using the Lysol wipes and all of that and wiping down tables when the customers leave, hand sanitisation and stuff like that,” said restaurant manager, Kenya Mitchell.

Still, Ms Mitchell said it’s only a matter of time before the restaurant suspends its operations, especially as business declines.

“We have three persons on our team and we’re just waiting for all of us to come together in a meeting and we will finalise that,” she said.

Even though the government has advised people to avoid large gathering and states in the US see non-essential businesses being closed, not everyone thinks Bahamians should follow suit. president of the Arawak Cay Conch, Fish and Food Vendors Association Rodney Russell said unless an official order has been given by government officials on the matter, he will not encourage any business to close its doors.

“Until the government decides to make it mandatory for all businesses in The Bahamas to close, then we would have to close but I just came out of Kelly’s and Kelly’s business is open,” he said.

“… We need to understand what is going on. It is a panic situation is being prepared and making Bahamians lose their thinking abilities but there are many other facets in this country that will not close.

“If the gas station going to stay open, we have the local food stores that are going to be open. You go down the road by Sabarro, they sell food and they open. They’re the Greeks, they’re open.

“...Why would the Arawak Cay vendors then close their business?”

Meanwhile some Bay Street proprietors are feeling the economic crunch from the virus.

On Friday, US President Donald Trump announced that four major cruise ship companies will suspend trips from the US for 30 days.

Officials have previously warned that the cruise industry’s 30-day shutdown will be “extremely devastating” for Bay Street.

“It’s going to kill my business because we depend so much on the cruise ship passengers coming in,” said Leron Colebrooke, a Bay Street proprietor.

“It’s going to have a traumatic effect and not only on me but the whole of Bay Street, from the dock to the Straw Market to the shops. Everybody is going to be affected… I can’t express how devastating it’s going to be for The Bahamas. You just have to pray in this kind of times.”

Senior Frogs on Bay Street was open yesterday but a decision will be made soon on future operations.

Manager Lilliana Gonzalez added: “So, far three cruise ships came in today, I believe it’s three, so we are open now regular business today and tonight and we will make a decision tomorrow. We’ll go by day-by-day. Basically, there is no business for us if we don’t have any cruise ships in so that’s all going to be discussed tomorrow.”

In an effort to further tighten the country’s borders against the virus, Prime Minister Dr Hubert Minnis announced on Sunday that foreign nationals who have travelled in the last 20 days from the United Kingdom, Ireland and Europe will be prevented from entering this country, joining foreign nationals from Italy, South Korea, Iran and China whose travel here had been restricted earlier.

He said the coronavirus, which has spurred a global crisis, will have “tremendous and widespread economic impact” on the country.