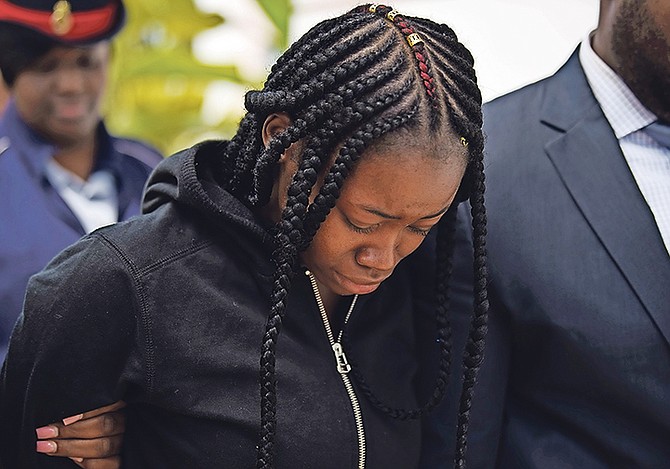 TWO people, one of them a teenager, were yesterday charged in connection with the death of a one-year-old girl earlier this month. A 17-year-old male, who is from Exuma, appeared before Chief Magistrate Joyann Ferguson-Pratt charged with one count of manslaughter.

It is alleged the teenager caused the death of Joyce Fleuridor, who was only one year and five months old, by means of unlawful harm on March 8. The teenager was not required to enter a plea and the matter was adjourned to May 21 for the service of a voluntary bill of indictment.

He was remanded to the Bahamas Department of Correctional Services until that time, however he has the right to apply to the Supreme Court for bail.

The juvenile was arraigned with a Haitian woman who was also charged in connection with the incident.

It is alleged that while the child was in St Fleur’s custody and care, the accused neglected her in a manner that caused the infant to suffer unnecessarily.

She was remanded in custody. Her bail hearing is scheduled for today at 11am.