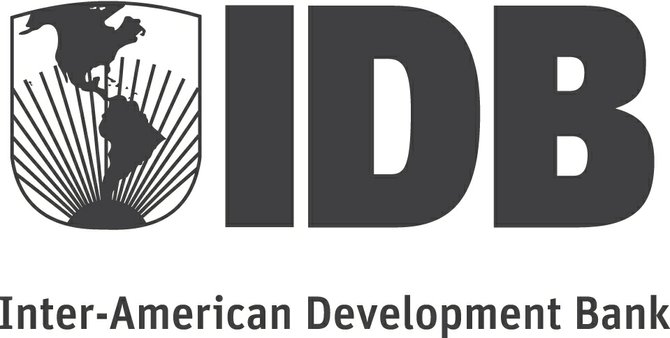 Two IDB economists, unveiling several potential outcomes depending on the length of the pandemic and the extent of its impact on tourism, warned that The Bahamas is potentially exposed to the most severe economic contraction out of all Caribbean nations.

Should the worst-case scenario they mapped out become reality, The Bahamas would suffer the loss of a staggering $3.337bn in economic output (GDP) based on the $12.739bn current GDP estimates given in the revised mid-year budget forecasts.

Using the last figure for GDP in constant prices, which was $10.763bn for 2018 and is a measure that strips out inflation, gives $2.819bn as the scale of the economic contraction that The Bahamas would face due to a virtual shutdown of the tourism industry that it relies on to drive growth, employment and foreign exchange earnings.

The economists, Henry Mooney and Maria Zegarra, said The Bahamas is so exposed because it is the most tourism-dependent nation in the region. They added that it relies on the industry for 48.3 percent of its annual GDP (economic output) and 56.2 percent of total employment.

The duo’s paper, which analysed the impact on six Caribbean nations under various coronavirus-related scenarios, added that tourism receipts accounted for 77.2 percent of this nation’s export earnings. This, they added, placed it well ahead of Jamaica, Barbados, Trinidad & Tobago, Guyana and Suriname in terms of its tourism dependency.

This was applied to both tourism’s direct and total GDP contribution to these countries economies, and analysed in three different scenarios relating to how long the coronavirus pandemic will last. One took the “shock duration” end as June 30, 2020; another focused on September 30, 2020, and the final one assumed that the pandemic might last for the rest of the year.

Under a scenario where The Bahamas lost 75 percent of its normal tourism activity during a coronavirus outbreak that lasted until the end of the year, the IDB duo estimated that this nation could suffer a 10.5 percent GDP loss just from the impact on its major industry alone.

And the wider effects would more than twice as great, with GDP or economic output slashed by more than one-quarter or 26.2 percent as the ripple effects from the tourism impact are felt throughout the Bahamian economy.

“At the extreme, a high-impact scenario of a 75 percent reduction in tourism arrivals over the last three quarters of the year could reduce GDP relative to the pre-crisis baseline expectation by between 11 percent and 26 percent in the case of The Bahamas,” the IDB economists warned.

An economic collapse of such magnitude would likely cause mass unemployment, business failures, social dislocation and misery for countless Bahamian families. The extent of the economic damage, though, is somewhat outside this nation’s control given that it largely depends on how quickly major tourist source markets - the US, Canada and Europe - recover and travel resumes.

The IDB economists said a shorter pandemic would inevitably reduce the fall-out for The Bahamas. Still, their calculations suggested that The Bahamas could still lose between 3.5 percent to 8.7 percent of its GDP - in a year when it was already projected to be flat or contract due to Hurricane Dorian - in the best case scenario, where tourism was only reduced by 25 percent in a pandemic that lasts three months.

These estimates will add to the pressure on the Government to unveil an economic stimulus package to prevent the Bahamian economy’s collapse when the House of Assembly meets this morning. With the Central Bank having ruled out an interest rate cut, fiscal measures - in the form of tax cuts and waivers, and/or increased spending - appear the only tools available.

While this would further blow-out a fiscal deficit that has almost increased five-fold to the current $677.5m as a result of Hurricane Dorian, and add to the additional $1.5bn worth of debt projected to be incurred over the next five years, the Minnis administration may have little choice but to follow the US and UK leads and embark on major relief to save the Bahamian economy.

The UK government yesterday unveiled a $330bn package of government guaranteed loans to prop-up struggling businesses impacted by the crisis, while the Trump administration is moving to enact an $850bn stimulus package of its own and put money directly in consumers’ hands.

Hotels, as well as restaurants, retailers, tour operators, taxi drivers, straw vendors and their employees, who directly rely on the tourism industry for the livelihoods will be among those in greatest need of any assistance the Government can provide, although this will not be on the scale of the US and UK, Micro, small and medium-sized enterprises (MSMEs) are another area that requires focus.

Private sector executives were stunned yesterday by the IDB’s projections for Bahamian GDP, describing them as a “killer” and “scary”. Rick Lowe, an executive with the Nassau Institute think-tank, told Tribune Business: “That’s not stuff I want to hear. We see the dramatic effects of what it is already, and what it can be also.”

Robert Myers, the Organisation for Responsible Governance’s principal, said: “Scary thought. We hope it doesn’t get that bad. With a 75 percent tourism reduction you’re going to have at least $2bn off, so you’re down to $10bn GDP.”

Bernard Evans, the National Congress of Trade Unions of The Bahamas (NCTUB) president, added: “Wow. That would be dreadful. I’m hoping those numbers don’t come through to fruition.”

Desmond Bannister, minister of works, said increased capital spending by the Government on essential public infrastructure projects was “critical” to pick up the slack, and fill the hole, left by the fall-off in tourism as a result of the coronavirus.

While emphasising that he could not speak for the Ministry of Finance, Mr Bannister argued that the increased capital works previously announced by the UK government were “a sensible thing to do” when it came to keeping an economy afloat.

“I don’t make those calls,” he added. “We make the representations and then see if it fits in the framework. We will wait and see, but we certainly believe increased capital expenditure is critical at a time like this when tourism will inevitably be down. Every country is closing its borders. We believe increased capital expenditure is the answer, and we will see how far we get with that.”

Mr Bannister said the coronavirus crisis will not impact post-Dorian reconstruction on Abaco and Grand Bahama, as the necessary multi-million dollar funding had already been approved by Parliament.

“We got the funding we were asking for, the funding was provided and we’ll be able to proceed,” he added. “I don’t see any challenges.”

We should have long ago kicked the IDB and all of its globalist bureaucrats out of our country. For decades they have been goading our corrupt politicians and senior officials in the civil workforce to grow the size of government and embark on foolish projects by borrowing like there's no tomorrow. They have quite literally hocked our nation in debt by promoting borrowings based on their many horribly flawed and useless studies of one kind or another.

The IDB is responsible for over half of our national debt and our nation's economic return on those borrowings has been truly pitiful. Now we see the IDB taking advantage of the Covid-19 crisis to scare our elected officials into adding even more to our already unsustainable national debt. Just who is running our country - our elected officials or the IDB? What a joke!

It would be the final nail. The U.S. and China would be fighting over our scraps.

Good time to tear down Bay Street and rebuild for the next phase …….. It will be empty for the next 6 months (probably).

All good ideas. But you have to deal with the fact we get almost nothing from cruise ship visitors and the cruise industry grows all the time. You need these tourists to start staying in hotels where Bahamians are employed not on ships where foreigners serve them.

or, we need to move away from tourism as the single pillar of the economy

Salvation has one path:

Ban cruise ships now and forever in concert with other nations, and then when the outbreak is over, tourism will return and we will be able to capture more of the tourist spend from their staying in hotels.

Otherwise the future revenue from tourism will not be enough to a) offset this fall and b) prepare for the next major Dorian.

You can not keep going as you have been and hoping for the best any longer!

Good points. Last govt did made attempts at expanding the Agriculture sector to lessen the massive food bill but corruption crippled it. Then seems the usual one party stopping, checking not pushing previous Political party program because they get no political benefits. There are large tracts of workable Crown lands to be used for farming but again the politicians does not use another key in prosperity of the entire nation because they have cronies political cohorts generals just sitting on Crown lands doing little. Many spin offs, many potential from Agriculture. Isreal created farms from deserts. Countries create food items using bays, some farmer grows water species plants and turns processes it into caviar, etc. Just go in the foodstore and look at canned conch recipe meal, canned calaloo or spinach, tuna from deep water ocean side border just look at all the canned items other countries products on Bahamian supermarket shelves. There used to be thriving farms in Eleuthera.

Agreed. We need agriculture to grow food on the islands and not pay so much to import it. If the dollar peg was ever lost we would starve! These numbers should alarm everyone. Bahamians need to come together now and start growing in local coops if need be. There isn't a moment to lose really, unless we want to sick back and starve. We need local agriculture. Eleuthera should be farmed again, and greenhouses in Nassau and Freeport too.

to add to both of your points Id suggest that we introduce redundancies, 3 islands at minimum should be producing the mainstay crops in event one island is damaged . island selection based on statistical patterns of past hurricanes.