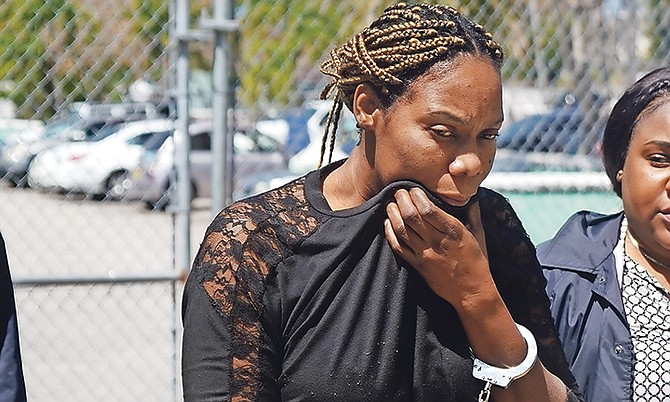 A Jamaican woman who attempted to gain Bahamian citizenship by assuming the identity of another woman was charged with 19 counts of fraud yesterday in Magistrate's Court.

Marlene Stephens, 43, appeared before Magistrate Samuel McKinney charged with possession of false documents, fraud by false pretences, deceit of a public officer, uttering a forged document and making a false declaration of marriage.

The defendant denied all the charges and the matter was adjourned to May 14.

It is alleged that Stephens had a Bahamian passport bearing the name Lakera Poitier at the National Insurance Board (NIB) on March 11.

She was further charged with fraudulently obtaining a renewed NIB smart card in the name of Lakera Poitier on March 11.

It is alleged that Stephens also possessed an NIB smart card bearing the name Lakera Rolle while at the Parliamentary Registry Department on January 11, 2017.

The defendant was also accused of attempting to deceive the acting registrar of the Registrar General's Department Office on September 10 and 16, 2018 and making a false declaration to a marriage officer on September 18, 2018.

Stephens was remanded to the Bahamas Department of Correctional Services until trial, however she has the right to apply to the Supreme Court for bail.

You are very silly woman

The persons giving out these documents should be investigated and charged then sent to jail for giving out and aiding to the treason and intrusion of these foreign intruders into our Land.

agreed they focusing on the wrong person. The syndicate is who they should be after