No New Cases But There May Be A Surge 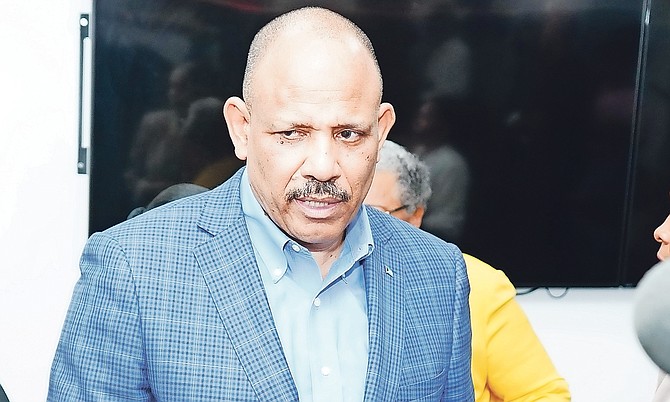 THE number of confirmed COVID-19 cases in the Bahamas remained at four over the weekend, but health officials warned against a false sense of security as they brace for a surge in numbers.

Health Minister Dr Duane Sands said at a press conference yesterday: “I believe that we are concerned about the possibility of a surge in the near future and so while we are gratified to see the number at only four, we do not believe that we should in any way restrain our efforts to both mitigate this and to identify and manage any patients, and so we are going to ask people not to have a false sense of security.”

“The kits are coming from different sources. Some will arrive by Wednesday, some by Thursday, some by Friday, this is a priority item, the controller of customs has made it clear there will be no impediment to getting these things in the country,” he said.

Chief Medical Officer Dr Pearl McMillan said 117 people have been tested to date for the virus.

Former Chief Medical Officer Dr Merceline Dahl-Regis, the health consultant to the Office of the Prime Minister, said the National Reference Laboratory’s daily testing capacity has grown from five people per day to 50 people per day.

Asked about global reports about the importance of mass testing, she said this country will increase testing as it acquires the capacity to do so.

“We’ve already started to increase our capacity to test. In fact, it’s almost ten-fold to the time it first started to right now and it is human resource dependent. We have now had support from the technologists who have to be trained to do the testing who have participated in the training. We are engaging all who will help to please come,” she added.

Dr Sands said the first confirmed case of the virus, a 61-year-old New Providence woman, remains in hospital in stable condition and in isolation.

The three others remain in isolation but do not require hospitalisation at this time, he said.

He said officials have ordered 15 or 18 ventilators, though he could not say how many ventilators are in the country now. “There is an excellent match between the anticipated medical challenges and the available medical staff,” he said.

“Several weeks ago we started to identify N95 masks, gloves, gowns. (What we have is) more than adequate not just for medical workers but immigration, defence force and police officers. We’re calculating the burn rate to see how long an inventory we have, and we have more than many weeks supply and we anticipate this week that we will have huge additions to that supply so by the grace of God we will continue to be well ahead of our demands,” Dr Sands said.

Health officials have advised people who feel sick to stay at home. Those who believe they have COVID-19 or respiratory illness are asked to contact a healthcare provider first, before coming to a doctor’s office to prevent the spread of the disease.

Of course there will be a surge, but not necessarily new cases...

You're looking at thousands by now. At least.