Man Charged With Murdering His Father In Garden Hills 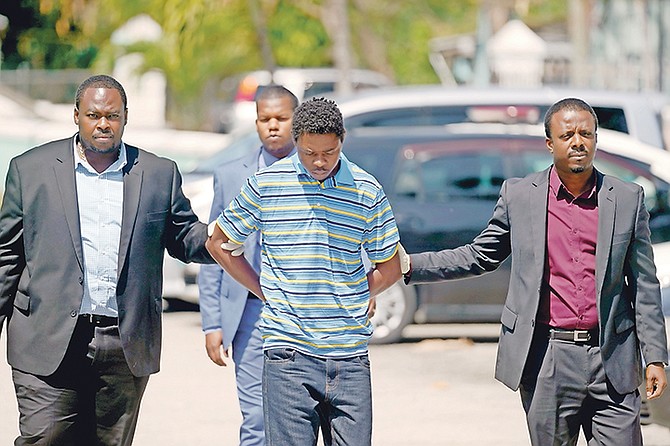 A 24-year-old man was charged Thursday with murdering his father in the Garden Hills area earlier this week.

On Monday, the body of a man was found in a shallow grave behind his home in Garden Hills, according to initial reports from police.

At the scene of the incident, Chief Superintendent Solomon Cash told reporters the victim was buried about 50-feet away from the rear of the house.

Police said shortly before 1pm on the day in question, officers went to Beaumontia Avenue, Garden Hills #1, after receiving reports that a body of a male was discovered in a shallow grave.

Paramedics were called to the scene and a short time later the male was pronounced dead.

Seymour was not required to enter a plea to the charge and the matter was adjourned until May 27 at noon for service of a voluntary bill of indictment (VBI).

Bail was denied and he was remanded to the Bahamas Department of Correctional Services (BDCS) in the interim. He has the right to apply to the Supreme Court for bail.

Seymour is represented by attorney Ian Cargill who told the judge that his client had a history of psychological problems and asked if he could be remanded to the Sandilands Rehabilitation Centre (SRC).

However, Magistrate Ferguson-Pratt told him that SRC could not accept any more patients due to the COVID-19 pandemic.

Still, she told Mr Cargill she would send a note with the defendant so that he could have a psychiatric evaluation as soon as “reasonably practicable.”