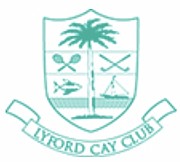 By NEIL HARTNELL AND YOURI KEMP

The Lyford Cay Club yesterday confirmed it will close at month's end, and terminate around 150-160 staff, as it "moved up" a $40m renovation amid the COVID-19 pandemic.

The exclusive western New Providence property, in a letter to staff, said the planned closing had been moved up to March 29 from May 8 as a result of the virus. it does not plan to fully re-open until November 2021, and has sent employees notice that their contracts are being terminated.

Graham Hastedt, the Lyford Cay Club 's managing director, told staff in the letter: "In the almost 61 years since Lyford Cay Club opened its doors, we have experienced remarkable success, thanks to our unparalleled, talented and dedicated staff, faithful partners and our remarkable members and guests.

"Now, The Bahamas and the rest of the world are faced with a period of unsettling uncertainty. As the global community struggles with the effects of the Coronavirus (COVID-19) pandemic, the safety and welfare of our staff, partners, members, guests and Bahamian citizens are our first priority and, as such, the difficult decision was made to move up the closing date for the renovation from May 8, 2020, to March 29, 2020."

He promised staff that they will receive financial payouts in line with both the Employment Act and now-expired industrial agreement with the Bahamas Hotel, Catering and Allied Workers Union (BHCAWU).

"The weeks ahead are certain to be unsettling and trying, but we hope that these disbursements will help you all care for your families and remain safe, especially during this difficult time in history," Mr Hastedt added.

"Some Club operations may continue in a limited capacity and require staffing. Other operations may resume as the emergency regulations are eased, or lifted and the renovation project progresses.

"As circumstances return to normal, the club intends to revert to its renovation and operational plans. At such time, there will likely be opportunities for employment for which we encourage you to apply."

Darrin Woods, the hotel union's president, told Tribune Business that around 150-160 employees will be impacted by the Lyford Cay Club's closure. "They were supposed to close for renovations o=in May but they moved the date up because of what was happening," he added.

"They are trying to close by the end of this week some time. The 150-160 employees are going to be severed because the club is closing for renovations. They're moving to pay everybody off and are looking to open by next year November. Some parts are going to re-open during the renovation, so we were told, and they're going to bring some people back in the immediate future once this thing lifts."

Mr Woods continued: "We're working through the details. We have been in negotiations with them for some time. We pretty much was involved with the negotiations all the way through. We were able to get more benefits than they [the staff] were initially entitled to

"They were entitled to the notice, they have gotten an ex-gratia for persons who make less than the minimum wage of $280 and below. They got some additional money and, for each five-year tenure, they got additional money.”

“The original agreement was a $1.2m payout package, but we have to get the numbers on this last round with the additional benefits we negotiated. We have to do this by individual based on the year."

"In order to continue to meet the needs and expectations of its members and their guests, we have no choice but to undergo these improvements which for the most part will render segments of the facilities inoperable for up to two years.

"Once we are given the all clear, we will proceed with this investment of over $40m, demonstrating the membership’s continued commitment to the club’s long-term sustainability and measurable contribution to the country’s economic well-being, which will be especially needed in times such as these.”

The property added: “In February of this year, the club’s management advised the minister and director of labour, and the Bahamas Hotel, Catering and Allied Workers Union (BHCAWU), that as a result of the scheduled closure, it would be constrained to undergo a redundancy exercise in May.

Meanwhile, other New Providence resorts have also confirmed their closure as they move to align operating expenses with an environment in which there are no tourists or revenue income.

The latest is the RIU Paradise Island, which in a note to staff on March 24, said: "Due to the economic impact of the COVID-19 pandemic, The Bahamas and the world are faced with the safety and well-being of our staff and guests as our top priority.

"As such, we have made the difficult decision to temporarily suspend operations until further notice beginning on March 24." Tribune Business was unable to reach anybody at the RIU Paradise island yesterday despite trying multiple times. Around 300-400 staff are thought to be impacted.

As tens of thousands of workers in the private sector are losing their jobs it is ironic that not a single government employee has either taken a pay cut, lost their job or are working at reduced hours.

I say its ironic because the government derives it revenue to meet its payroll by taxing Bahamian citizens and tourist. In any other business there would be some belt tightening as revenues decline.

We just don't the Minster of Health, Finance and the PM telling us how awful it is and how we must stay in our homes. We need hope, we need to see you sharing in our pain. How about taking a 30% pay cut at the top (Minister level) going down to 10% at the Manager level. Leave the salaries of those at the bottom alone.

The implication in this post is too stupid to even respond to. sigh. We Bahamians are so daft. Observer, one question: lets say we follow your ill-advised suggestion and layoff certain government workers. Where do you think said workers will lool to for receive assistance? Answer: rhymes with "uberment". So, they become a strain on the economy regardless. Makes no fiscal or humane sense to release them...geez. Even releasing the contract workers, on the short term, is nonsensical...oh, I give up.

Tetelestai. It would be constructive if you didn't denigrate my comment as "stupid". You do have a point that laying off government working is not helpful because it will further cause the economy to decline.

However, I had two other recommendations for government to impliment an austerity program of 30% pay cut for Ministers, 20% for Managers and reduced time for worker. Example if the airport is closed, which it is, then there is reduce work for Customs Officers and Managers. Why not, in sympathy with the tens of thousand of Bahamians that lost their jobs that they take a 10% reduction in working hours and pay.

On the high end the Minister of Tourism is a multi millionaire who I am sure would not feel a 30% reduction in his salary.

However, if the government implemented an austerity program like this they would be able to say truthfully "we are all in this together".

70% of government expenditure is payroll. If you want some material savings to offset a portion of $1 billion of revenue short fall from a $2 billion budget there is no where else that it can come from. Except foreign reserves and if we deplete $1 billion of foreign reserves we will put a strain on the 1:1 B$:US$ peg which was anecdotally trading at 70 cents before this economic collapse.

We have an elitist set of past and current politicians who, along with their cronies, are sucking heavily on public treasury with all of their government appointments, etc. Time to cut out a lot of the fat that has been going their way for decades so that others who are becoming increasingly destitute can at least be fed and buy vitally needed medicines.

Awful, but the renovations were scheduled and the COV19 cut into the line. I hope LCC posts their fantastic Rum-Dum recipe ON LINE, at a minimum

Go to Watlings, well when it opens again. "Uncle Willie", the inventor of the Rum-Dum when he worked at the LCC, works there now and they have the best one in the Bahamas by far!

As an outsider and visitor to the beautiful islands of the Bahamas I am astounded that a club whose members are some of the wealthiest on the planet sees fit to lay off staff at this critical time. It beggars belief the club, with a harbour full of boats each of which would fund the entire salary's of all those who will lose their employment for years, cannot look after the interests of the people who have served and protected members in their exclusive club. Are the wealthy members so indifferent to the fate of the staff that they will just let this happen? I suggest that the Western World, having supported and funded the bank mismanagement in 2008, will pay a heavy price politically if they do not now support the poorer members of society who are losing their jobs through no fault of their own. The wealthy people, and in particular members of LCC who have enjoyed the benefits of the Bahamas and the cheap labour they utilise for their comfort, must now step up and support these people.

With respect, how do you know that the members are not taking good care of the staff?