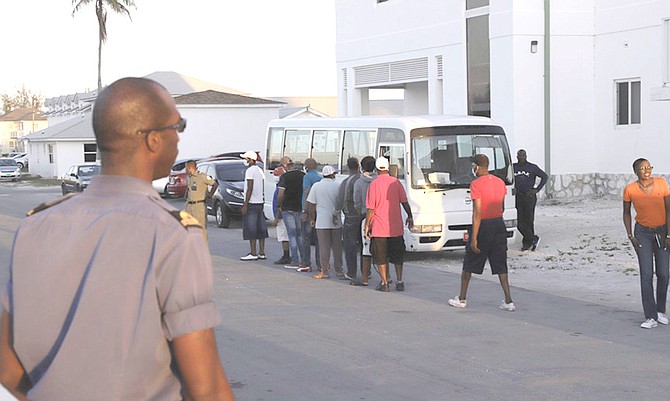 Foreign fishermen were apprehended in the Ragged Island chain.

Members of the Royal Bahamas Defence Force brought 10 foreign fishermen into the Defence Force Base last evening after their vessel was apprehended in the Ragged Island chain on Friday.

While on routine Patrol, HMBS CASCARILLA, under the command of Sub Lieutenant Owen Sands boarded a Bahamian registered vessel off Water Cay, in the vicinity of a ragged Island Chain. Aboard were seven Dominican nationals, one Cuban, one Honduran and a Bahamian National. The situation is being investigated by relevant authorities at this time.