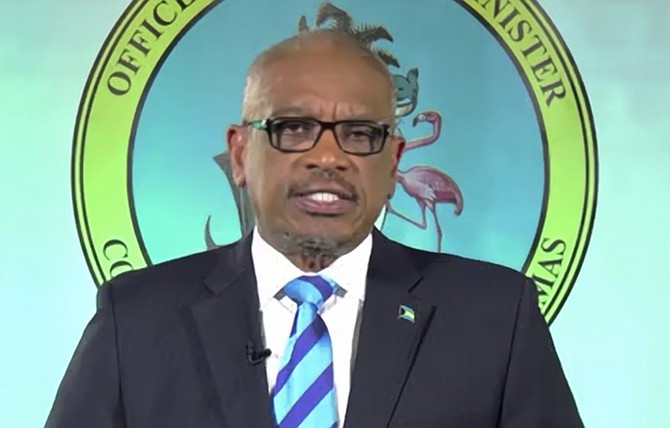 DURING his national address on Sunday on the re-opening of the Bahamian economy, Prime Minister Hubert Minnis revealed that professional athletes will be allowed to resume their training yesterday.

However there were some concerns from the sporting community as to just who are considered professional athletes and exactly who should be allowed to train.

Christopher Thompson, a member of the Bahamas Anti-Doping Commission, said as it stands now, only athletes who are paid via subventions or athletic sponsorship (example: NIKE or PUMA) are permitted to train.

“As we understand this may pose a concern for national and international level athletes,” Thompson said. “BADC along with other sports officials has engaged with the office of the Prime Minister to further extend the limitations. This update may not affect persons who are recreational or general level.”

Thompson advised the athletes to stay safe and take precautions and follow the advice of the Ministry of Heath and COVID-19 recommendations.

Another athlete/coach, who wished to remain anonymous because of his job in government, said there are only a handful of professional athletes who are on subvention and being sponsored by one of the major shoe companies.

But he said there are a number of athletes, in about every major sport in the country, who fit in the category of a professional that should also be considered.

The athlete/coach said gym facilities, pools and some of the fields are big enough for athletes to train in social distancing and adhere to the sanitation requirements. “I think what we should do is allow all of the federations to send in a list of their athletes who need to train now to the various facilities so they should have an idea of who should be given access to train and who should not,” he suggested.

Last week, high jumper Jamal Wilson put out a plea to Minnis to allow the professional athletes who are at home to resume their training at the Thomas A Robinson National Stadium.

In his address on Sunday, Minnis said all professional athletes will be allowed to resume their training.

The Ministry of Youth, Sports and Culture and the National Sports Authority were forced to close the stadium to all sporting activities on Thursday, March 12 during the first day of the National High School Track and Field Championships.

In postponing the event until further notice, the Bahamas Government also banned all sporting activities in the Bahamas with large gatherings of athletes, officials and spectators in anticipation of the spread of the coronavirus.

At the time, the Bahamas had not yet recorded any cases of the virus, but all public parks were subsequently closed and persons were asked to exercise at home. To date, there are more than 80 cases reported in the Bahamas with 11 deaths announced. All around the world, sporting events have been either postponed or cancelled starting with the NBA’s regular season on March 12, following Utah Jazz centre Rudy Gobert becoming the first player to have tested positive.

The biggest event to suffer so far this year was the Olympic Games, which was scheduled for July 24 to August 9 in Tokyo, Japan. The International Olympic Committee has rescheduled the four-yearly games to July 23 to August 8, 2021 in Tokyo.

Here in the Bahamas, all sporting events, the nationals by various associations and federations, regattas on the Family Islands, and school sports competitions have been called off.

The coronavirus has caused the deaths of more than 250,000 persons globally.

More than three million people around the world have tested positive for the virus.