When Can We Come Home? Families Stranded By Travel Ban Feel Abandoned In Us 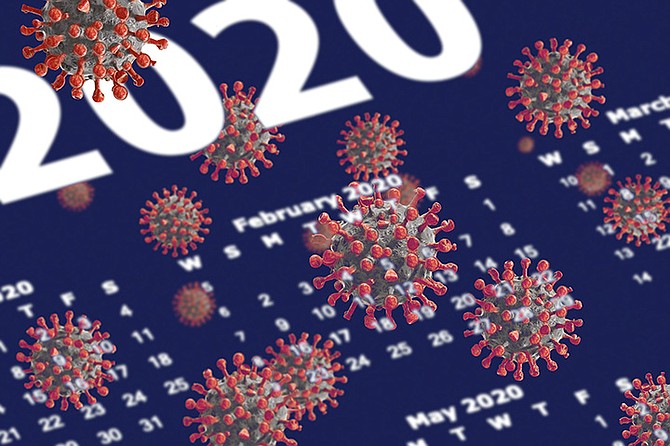 HURRICANE Dorian survivors stuck in the US amid the COVID-19 pandemic say they feel abandoned by the government after receiving no response from embassy or government officials on when they will be allowed to return home.

This comes after Prime Minister Dr Hubert Minnis on Sunday suspended the repatriation exercises after revealing a Grand Bahama passenger who flew in had tested positive for the virus.

After being stuck in Florida for several weeks, one storm victim, who only wanted to be identified as Ms Lanes, told The Tribune yesterday she is anxious to return to her home in Abaco.

She said she is among some 50 Abaco residents who have been reaching out to various officials to receive assistance on the matter, but to no avail.

The situation, she said, has left them frustrated and in desperate need of answers on when repatriation flights will resume to the country.

“I have reached out to the Consulate and haven’t gotten a response. No one answers the phone so as of this moment no assistance has been afforded to me,” she said. “It’s approximately 50 plus (of us) that are here. (We keep in contact) on mostly Facebook and WhatsApp.

“James Albury (Central and South Abaco MP) requested us to email him for him to assist us, but no one has received a response. He posted a letter on Facebook requesting us to email him and call the closest Consulate and we’ve done that - but nothing, haven’t received any response.”

Ms Lanes said she has been travelling “back and forth” between Abaco and Florida since the deadly storm ripped her home apart in early September. However, she said a quick trip to see her kids in March resulted in her being stuck in the US.

She said: “My kids and I are here but some extended family/friends are all over the Palm Beach County area. We are on a stay-at-home order here in Florida (and) only go out for necessities.

“I came right after the storm and I’ve been back and forth trying to clean up the damage from our destroyed home. My kids stayed with family in the US since September, I came back in March for a visit and got stuck here when they shut the borders.”

As for the other remaining victims, Ms Lanes said some residents found themselves stuck in the country after seeking medical attention.

Others, she suggested, were storm victims who left the island in the immediate aftermath of Dorian and have yet to return.

“I think it’s a mix, some like myself, have been back and forth when they can to stay and clean up and or do repairs because most people don’t have anywhere to stay except with friends or family while they do repairs as they can,” she said.

“I know there are some that came for medical purposes and got stuck as well.”

The government closed the country’s borders in late March in an effort to combat the spread of COVID-19.

However, after facing controversy for allowing six permanent American residents into the country during the lockdown who brought COVID-19 test supplies but were not tested before entry, the government repatriated nearly 200 Bahamians stuck abroad amid the pandemic.

On Sunday, Dr Minnis said a person who tested positive for COVID-19 was among the 183 residents who returned to the country on Friday, prompting a suspension of repatriation exercises.

The passenger has since tested negative for COVID-19, the Ministry of Health reported on Tuesday night.

However, it is not clear when repatriation flights will resume, with Bahamas Consul General Linda Treco-Mackey telling The Tribune yesterday officials are still awaiting an update from Dr Minnis on the matter.

For the Dorian survivors, this issue is also compounded with not knowing where they will be allowed to quarantine upon return.

“We don’t want to go to Nassau or Grand Bahama to quarantine, we want to go directly to Abaco,” Ms Lanes told The Tribune. “It seems Nassau and Grand Bahama have been helped but Abaconians have been left in the cold once again.”

"We don’t want to go to Nassau or Grand Bahama to quarantine, we want to go directly to Abaco,” Ms Lanes told The Tribune. “It seems Nassau and Grand Bahama have been helped but Abaconians have been left in the cold once again.”...

No problem. The consulate works remotely, they all work remotely.

Can't be true that they do not answer the phone.

But do you really want to risk taking a single case into Abaco, where supposedly there is no Covid-19?They have almost zero Medical capability there, aside various resident DR's who happen to be stuck there. Returning people to Nassau, perhaps even Grand Bahama is one thing, but as evidenced by the last round of flights, "protocols" (I love that word) were breached in more than two regards: 1) A person testing positive was advised not to travel and did, 2) was not on the Manifest and flew, 3) was somehow tied into 3 other passengers as yet un-described, The Consul decided a free flight was too good to pass up, 4 silence and no resignation from the "Competent Authority" 5) the ominous sound of quiet sweeping. (as in under Rugs lifted)

Silly people, Just go buy some medical supplies and renounce Bahamian Citizenship and you can come over. its not that hard.

This Bahamians we dealing wit ya kno dont forget! No sense of emergency, no compassion for families stuck overseas......is always a WHO YA KNO TING! My dad been stuck here in florida too, the woman tell him she aint get his name in time......yea right! My dad WORKS for Bahamasair, not that he should get any special treatment or anything but he is an engineer. This thing go with sense, i cant believe its so much miscommunication and non communication in this technology age......they acting like they dont know how that covid person got on the plane, like they aint kno that person was comin.....GTFOH if they didnt kno vell how come the plane came so empty, why it wasnt full? Is a whole heap of people waiting to come home!.....Our prime Minister acting real incompetent.

Is this all we have come to? True character emerges in times of crises...Bahamians seem to want what they want, when they want it, regardless of what is going on with this virus. Our true character? Spoiled brats who run to these newspapers throwing hissy fits when they can't get what they want right now. Millions of people around the world can't get back to their own countries right now......get over yourselves.

you're saying that because it's not you, your child or spouse. Its perfectly understandable why someone stuck in a foreign country for 2 months running short on money with the prospect of being in the street would be crying to come home. Thank God for the newspapers who highlight the plight of the 500.

Stillwaters, you don't wait until the time of crisis to elicit or look for "true character". This has to be already in place when the crisis comes around.

The Popoulaces are united, not to be believing a single word uttered by any the Imperialists's elected 35!
Regardless, the constitutional mandate on loan to this redshirts political party, it must go under its own 24-hour curfew until such time as the 35 House elected MP's, faceoff before the media to explain the Who, What, Where, When, and Why Truth was a private plane with six noncitizens passengers aboard, granted official government permission to land at any of the colony's commercial or private airports, or landing strips? Nod once for yeah, Twice for no?

You talk about you'll feeling "abandoned", the person who was meant to see that you'll get home have abandoned her own post as Consulate General. She saved her own ass... she been outta there on the FIRST, not the second, the FIRST FLIGHT.

But anyway, A solution? Adopt or rename yourselves Holowesko; miracles can happen after that. Luckier still, you may even be appointed to a government post when you get back home.

The abandoned her own post as Miami stationed Consulate General, makes for the comrade sister general's not wanting to suffer the inconvenience waiting her time for her colony's airports reopening begins to accept air passenger traffic.
Upon reflection her decision making, demonstrates, she has what it takes be captaining a ship likes the unsinkable Titanic.
Just can't make this Doc appointed general.up. Just, can't. Nod once for yeah, Twice for no?

No wonder the consulate isn't answering, the boss is "working remotely". Wait a minute-did they forward the phones to her too? Let's see-if she was in Miami she could probably answer 10 calls an hour x 8 hours would be 80 calls per day that her helpers don't have to answer and no boss there to make decisions as was obvious on the flight that allowed the covid positive guy. What a mess! And, she can't go back for 14 days (quarantine) so no one minding the coop for 2 weeks.