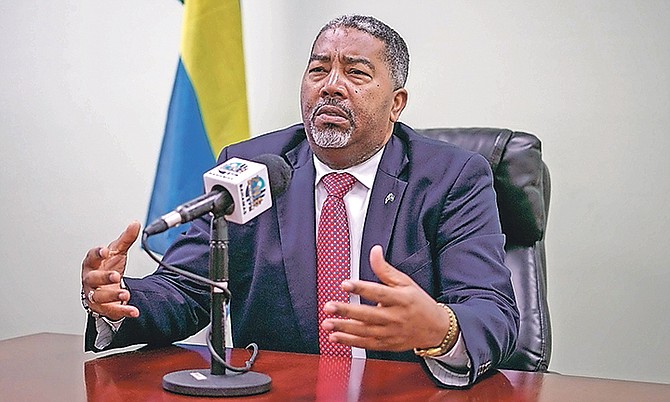 DORIAN victims have been allowed to stay a little longer at Poinciana Inn, a transition home for many after leaving hurricane shelters, Social Services Minister Frankie Campbell said yesterday.

Their stay at the inn was extended in light of COVID-19 restrictions.

The minister said Cabinet had originally approved the facility, which is currently housing about 71 people, to keep storm victims for 90 days. That expired on May 15.

“In light of the situation, Cabinet has agreed to extend it for the period of the COVID and the lockdowns. So we will revisit that on an ongoing basis but as I desired from day one to get them properly transitioned. We continue to work on that and some persons have transitioned from that time and the numbers have decreased,” he said.

The Bahamas Academy Auditorium on Wulff Road is the only shelter that remains open in New Providence, which Mr Campbell estimated houses less than 100 people to date. Asked what will happen to those individuals’ transition, he replied: “It’s the same.”

More than 2,000 people were accommodated by the ministry and its partners in shelters across the country after the passage of Hurricane Dorian in early September. Although there is a decreased shelter population, there is the concern of maintaining social distancing.

But the minister noted that people in the shelter were living together before the pandemic as he compared the living arrangements to “one household”.