Face To Face: Shutdown? For Regina, The Crisis Has Opened The Door On A Whole New Audience 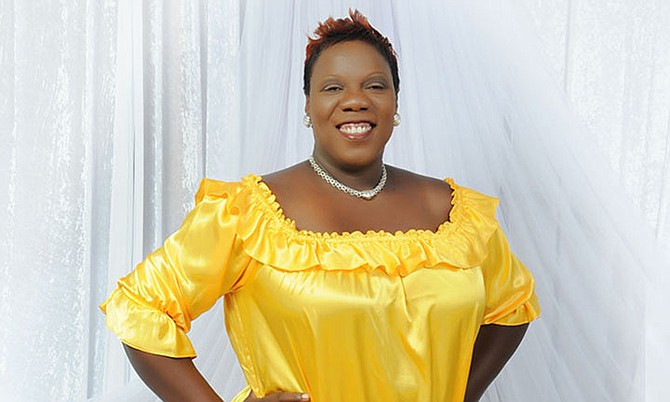 Regina Whylly is the founder and CEO of The Whole Woman Network.

Learning how to adapt, learn new skills and become more internet savvy are critical skills to have as we traverse this COVID-19 pandemic. Now more than ever, we must find ways to be creative and overcome the challenge of a snail-paced economy filled with joblessness and uncertainty. During these long weeks of lockdowns, I consistently received messages from one woman who is obviously committed to educating and empowering people, even while facing her own pandemic-induced adversities.

Regina Whylly is the founder and CEO of The Whole Woman Network. She uses her skills as a media professional to bring empowerment to women through a series of projects. Most notably, she is the host of the popular ZNS television show, The Whole Woman.

Regina has introduced women from all walks of life to the masses to share their stories, give wisdom and guidance and provide pertinent information for improving lives. But when COVID-19 struck, an independently-produced project like hers took a hit. Regina was looking at thousands of dollars’ worth of equipment, including cameras, lights, mixers and sound equipment she purchased, as well as a production staff and trying to figure out what to do. She made the decision to get up, dust off and take her show online. She launched the show on Facebook and in less than a month, she gained more than 1600 viewers. She airs each Tuesday at 1pm. Her fans now have a platform to comment and become even more involved in the show, and they can visit her page to rewatch the shows at any time. 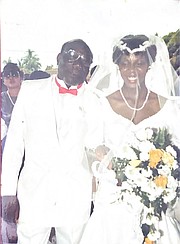 Regina on her wedding day with her father Michael.

“Covid has been amazing for me, pushing me and my business forward,” Regina told me.

“I found myself filming and producing my own show… I had the COVID hair and the COVID make-up… everything! But the response from viewers has been great.”

That is, in part, due to her intensive marketing tactics. Every week I got updates from her, as she did with all her Whatsapp contacts, with information on the next exciting show. I have learned more about health, finances and how to reinvent yourself and your talents in the midst of the pandemic. She has also touched on family and friends – all important aspects of improving yourself as a whole.

Regina believes she is truly walking in her path of purpose since creating The Whole Woman Network. Her business is a mantra of her life. She went through the ups and downs of life and has come out whole, because she found the key to navigation is to love herself through it all.

She was born in Nassau to Michael Cash and Evelyn Cash (nee Rolle). Her father’s family is from Lower Bogue, Eleuthera and her mother’s family is from Deep Creek, Andros. Her parents had three boys and three girls, and she was a middle child. Her father was the provider and her mother the homemaker. Michael worked at Tropigas all his life, moving up the ranks from a truck driver who delivered the gas, to a management position. When Regina was born, the family lived in a home opposite the College of the Bahamas on Poinciana Drive. 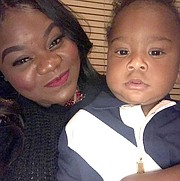 By the time she was about six the family moved to their permanent home in Glendale Subdivision, near Soldier Road. There, her childhood became a mixture of the best and worst of times. On one hand, their father dropped them and picked them up from school every day, and their mother was always home to greet them with freshly prepared meals. She was a fun person who enjoyed playing hopscotch, shooting marbles and even playing “pawking” with her kids. But on the other hand, Regina and her siblings were terrified any time their father had too much to drink.

“Any day that 5.30 came and we didn’t hear that truck coming up the driveway, we were terrified,” she shared.

“We knew he would be out drinking and when he came home, it wouldn’t be good for my mom. We would hide in the closets… anywhere so we wouldn’t have to deal with it.”

Eventually, things got so bad Regina’s mother left her husband and fled to Freeport to start a new life. She became a maid and somehow miraculously took care of her children with just $50 a week before her salary was raised to a mere $75. Yet, Evelyn did it with grace, keeping her children grounded by strongly impressing the Bible and its principles upon her children.

Regina graduated from Hawksbill High and then returned to Nassau where her father invested in her education. First, she attended Nassau Academy of Business, where she learned a number of skills in business management. She then furthered her typing and shorthand skills at Toya’s Typing. She held no ill will towards her father and recalls that when he was not drinking, he was a “phenomenal man” who loved his children, spent time with them and taught them much. She says she was the apple of her father’s eye and that never changed until the day he closed his eyes. He was also able to escape alchoholism in his later years.

With her newly-acquired business skills, Regina first worked at American Life Insurance Company (ALICO) for several years. While there she met her husband; she was 21-years-old at the time. She went on to work at a construction company, where she performed book-keeping duties. But in looking at the books, Regina noticed a disparity she could only fix by acquiring more skills. Working in the office, she was earning $300 a week, Skilled labourers, however, were earning upwards of $1,200 a week. She let her boss know that she wanted to learn to work in the field. She learned how to mix cement, lay blocks, working tongue and groove with wood and making cedar closets. She happily saw her wages increase while learning skills that may not have been considered traditional female jobs. It broke barriers while serving as a source of empowerment for her. She went on to work at Master Technicians and at Best Buy in administration.

Regina did not settle on her laurels, however. She had a desire to learn and do even more. She remembers telling her mother when she was a teenager that she wanted to be a journalist. So, she enrolled in the College of the Bahamas and studied the craft. COB was a long journey for her. She lost a baby during that time and at one point, it interrupted her classes. She stopped, but went right back at it because “giving up was not an option”. While at COB, Regina gained an internship here at The Tribune. Eventually, she was hired and found herself doing something she loved. Regina was a feature reporter who contributed to the success of sections including Tribune Health, Bahamian Woman, Bahamian Taste and The Vibe weekend section. 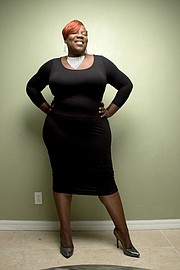 She was happy in this craft and at home she was a proud mother to her daughter, Iesha and son, Stevejay. But, tragedy struck. Her mother had been suffering with breast cancer, but she did not tell her family; she was afraid about what would happen. Regina and her siblings did not find out until their mother had stage four cancer. At that point, it was too late and her mother passed away.

One of her very own interviewees from a Tribune story, Nurse Sandra Rolle (a breast cancer survivor) turned out to be the one to help Regina get through such a difficult time. She was able to help Regina understand what her mother was going through and to make peace with it all. Regina ended up leaving The Tribune to become involved with her husband’s fencing and party rental companies before eventually launching her own. She chose to go home to spend more time taking care of her children, a choice she says has paid off because today, her daughter is a trained cook who went from working at Ocean Club to launching her own gourmet takeaway, Lil Shack. Her son heads for university in Canada next year.

“I learned my tenacity from my mother,” Regina shared.

“After my mom passed away, I went on a fast to find my purpose. I wanted to honour her with my life. I was sitting in the backyard one day and I saw myself in a room with women packed in like sardines, hanging on to my every word. Then God told me that the purpose of my life is to help women come to understand that men and things are not their source – but He is. After He gave me that vision, everything in my life is to help women understand that. We must not lower our standards or sell ourselves short, giving ourselves away for nothing. It must be for something, and that something is the right person to love and care for us.”

Regina, who is now separated, is committed to utilising her media skills to give something positive to society. She is also involved in public relations and marketing and just recently participated in a movie project with several “amazing young women”, and the film will be released in the near future.

Reach out to her at thewholewoman@gmail.com; watch her show on Facebook at The Whole Woman Network, or visit her website: thewholewoman.tv.