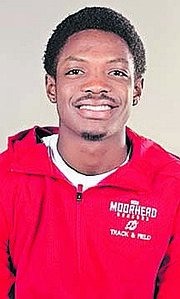 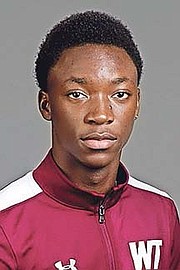 SHYRONE Kemp and Jahmaal Wilson were named NCAA Division II All-Americans by the US Track & Field and Cross Country Coaches Association (USTFCCCA) for their standout indoor seasons prior to the COVID-19 pandemic.

Due to the cancellation of the NCAA DII Indoor Track & Field Championships, the Executive Committee amended criteria for All-American selections. For Individual events, all student-athletes listed on the startlist for the anticipated event were selected.

Both Kemp (Minnesota State University Moorehead Dragons) and Wilson (West Texas A and M Buffaloes) were expected to compete at the Division II Championships in Birmingham, Alabama, last March.

Wilson made an immediate impact as a true freshman for West Texas in the 60m hurdles.

His first year with the programme included a No.16 ranking in NCAA DII in the 60mH. He also finished sixth in the event at the Lone Star Conference Championships running 8.26 seconds in the final.

He also ran a personal best time of 8.02 to finish fifth at the New Mexico Team Open. He also earned USTFCCCA All-Region honours for his series of performances as one of the top five individuals in each event in the region.

Wilson won the 60m this season at The Power in a seasonal best time of 6.95.

Kemp was honoured once again for his breakout season in the field which has garnered several accolades.

He earned the All-American honour in the triple jump.

Kemp was also previously named the NCAA Division II, Northern Sun Intercollegiate Conference’s Newcomer of the Year when the league announced the awards for its indoor season.

After declaring as a redshirt last indoor season, Kemp made his debut this year and was one of the top performers in the conference. He won the triple jump at the NSIC Indoor Championships with a leap of 49 feet, 2 ¼ inches.

He also earned an additional trio of all-conference honours.

In addition to the triple jump win, he was third in the high jump at 6 feet 10 ¼ inches and third in the long jump at 23 feet 5 ½ inches. He totalled 22 points at the meet.

His indoor season also included a new school record in the triple jump at a leap of 49 feet 9 ¼ inches, to surpass a 43-year-old record. He now ranks in the Dragons top 10 in the high, triple and long jumps.

The sophomore rising star was named the Dragons’ Men’s Field Athlete of the Year for a standout indoor season.