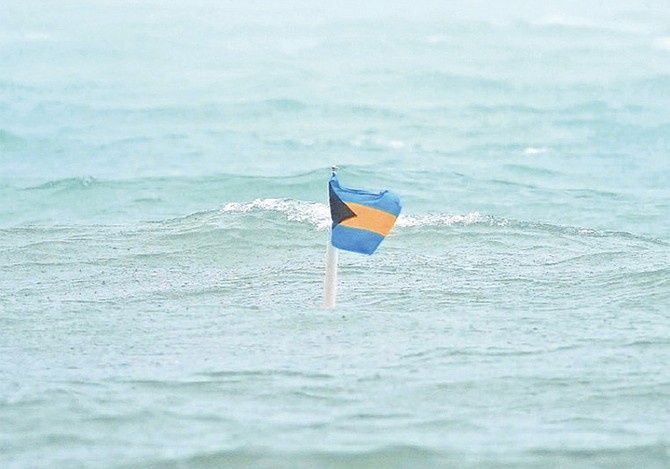 Storm conditions are expected to continue this morning as Eta moves towards Florida.

The National Emergency Management Agency activated shelters on Grand Bahama, Abaco, Bimini, the Berry Islands, Andros, New Providence and Eleuthera as of 8am yesterday due to a tropical storm warning being in effect for these islands.

A tropical storm alert was also in place for the Central Bahamas, including Exuma, Cat Island, Long Island, San Salvador and Rum Cay.

This means tropical storm conditions in these areas could be felt within 60 hours.

“Over the past 48 hours, the director of NEMA, Captain Stephen Russell, has been in constant contact with Family Island administrators in the Northwest Bahamas to ensure that their communities are prepared for the storm,” Dr Minnis said during a national address.

“NEMA-designated shelters on the islands of Grand Bahama, Abaco, Bimini, the Berry Islands, Andros, New Providence and Eleuthera were opened as of 8am, today. Preliminary reports from the affected islands are of flooding, rendering roads impassable in some areas, high winds, gusty conditions, sea swells and some fallen trees.”

He said the Glass Window Bridge in Eleuthera had been closed due to sea surge.

So far, there have been no reports of injuries or incidents as a result of the weather, Dr Minnis said.

One report of damage claimed a roof had fallen in on a patient at Princess Margaret Hospital. However, The Tribune understands this was not as a result of water damage but caused by the patient himself who was in custody and trying to make his escape when the ceiling came down on him.

She added that the forecast indicates as the storm nears the Florida Keys it will strengthen into a Category One hurricane.

On Abaco, which is still recovering from Hurricane Dorian, Senior Deputy Island Administrator Terrece Bootle-Laing said there were no reports of anybody registering yet to shelters, but he said that will be monitored throughout the day.

“We expect for persons to not be (in) trailer homes or in tents...we know persons for sure still living in those conditions,” she said.

“We anticipate that a few persons may need to go to our shelter, in particular in Central Abaco. That’s where our main focus is to make sure shelters are available for persons there.

“We don’t anticipate very high numbers. If 20 persons make their way to shelters that would be in range of our expectation or a slightly lower, but we’ll monitor it to see what the situation is, how persons are feeling, and whether or not they would’ve taken advantage of our activated shelter.”