Is The Bahamas Ready For A Female Prime Minister? 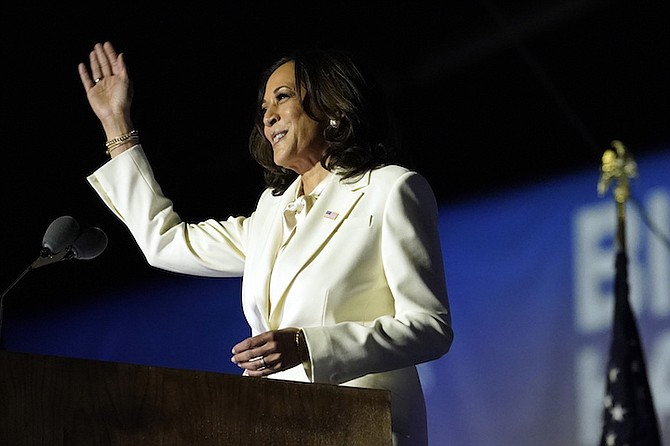 The story of American Vice President-elect Kamala Harris’ victory has sparked renewed discussions about female Bahamian leaders and how high they can rise. (AP Photo/Andrew Harnik)

As American Democrats celebrate the historic election of Kamala Harris as their first female vice president, here at home Bahamian women are reflecting on the possibility of having a female prime minister one day.

Harris, who also becomes the first African American and Asian American vice president shattered a glass ceiling that, in a manner of speaking, the Bahamas smashed 18 years ago with the election of Cynthia “Mother” Pratt.

Over the course of the country’s history, we have seen many women reach higher and higher levels in government, but never the top spot.

And now many Bahamian women feel the time has come.

“Ever since Independence we have had men running the show, making the decisions, telling us what we should and shouldn’t do. It really is time that women run this show. We all know that women are the stewards of the home and I think a woman would do a great job running this country’s economy,” said Marilyn.

“I think that we are more than overdue for a female prime minister,” Lynette told Tribune Woman.

“All over the world women have proven that they can run a country, from Margaret Thatcher to Angela Merkel to Portia Lucretia Simpson- Miller, and my personal hero, Jacinda Ardern from New Zealand. She is exactly what we need, someone with young fresh ideas and a new approach to leadership. The reason that Lynden Pindling and those were so effective in the early days was that they were young and fearless and full of ideas, but the set we have now, all of them old and tired. They need to just leave the stage for new blood. I like that Joe Biden is established in Washington, but he went with a VP who can bring diversity to the ticket and that is what we lack here; the same names over and over. I would like to see a Cabinet with more than one young fierce female, and Lord I ready for a female PM.”

Tanya, however, feels the country is just not ready for a female leader yet.

“Look how women like Glenys Hanna Martin and Loretta Butler Turner and Arinthia Komolafe are treated. They are considered angry, argumentative, et cetera,” she said.

“Don’t forget, this is still the country where people voted against gender equality and still believe that a man has the right to rape his wife. So while they all may be cheering Kamala on, Bahamian men can’t handle a strong female leader in the Bahamas.”