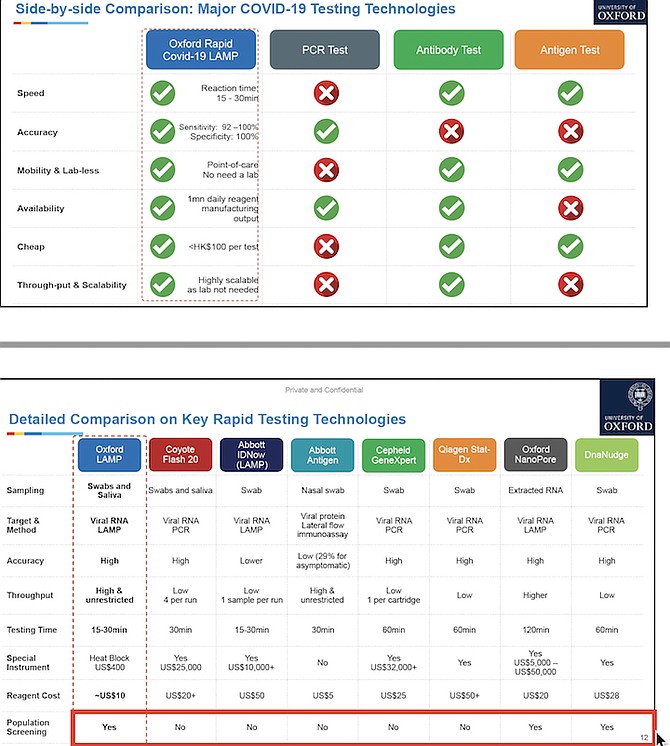 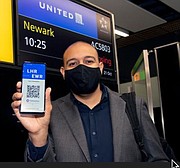 HOW to bring tourists safely back to The Bahamas has been taxing the government’s minds for months.

For the public it has been a confusing journey, following the mass of stories in the media pointing out latest developments in the hunt for a ‘win all’ vaccine and while the search goes on for that some form of quick and accurate testing.

For many the answer appeared to have arrived with the advent of rapid antigen testing – a seemingly simple procedure which would be administered to visitors as they arrived at airports or marinas, results quickly available compared with the standard PCR tests which can take hours, even days, to produce results.

With much fanfare several local companies and the non-profit Living with COVID Coalition last month championed the role they wanted to play in the testing challenge by announcing they had access to millions of antigen tests to administer not just to tourists but to ordinary Bahamians.

It seemed the perfect solution while we wait for a vaccine – that was until Tourism Minister Dionisio suddenly pulled the plug on at-arrival testing saying the science no longer supported the roll out for arriving visitors. Instead they would have to submit to an antigen test on the fifth day of their stay in the country.

It took just a few days for officials to confirm the problem with antigen tests is they aren’t effective with COVID patients who are asymptomatic – a big problem if we’re letting tourists in unhindered and many could be infected, just not showing it.

Unquestionably though the rapid antigen tests do have a role to play, they’re just not as effective as we first thought.

Thankfully the speed with which the world is tackling the pandemic in laboratories all over the globe gives us new hope for optimism.

Vaccines are due to arrive imminently. There are 52 around the world being developed, some with higher claims of effectiveness than others. Roll out will not be immediate as every nation will want its citizens immunised and demand will outstrip supply.

However, there is another weapon which is ready to deploy which changes the game on rapid testing and has been deployed at some of the busiest transit centres in the world – including Heathrow in London, Hong Kong and Singapore and is also being used by the English Premier League.

The breakthrough comes from Hong Kong-based genetic testing firm Prenetics which has obtained the global rights to what it says is a rapid coronavirus test comparable with the “gold standard” of PCR testing.

Prenetics’ tests, which were developed by researchers from Oxford University return results in 30 minutes with near 100 percent accuracy in both symptomatic and asymptomatic patients.

Multiple companies which have released rapid tests detect proteins on the surface of the virus. PCR tests and Prenetics’ tests detect genetic material from the virus and are much more accurate.

Prenetics is part of a global network of governments and companies collaborating to reopen borders safely, seeking to ramp up testing in airports to boost travellers’ confidence, kick-starting trade and tourists.

Its key partner is the Commons Project, a Switzerland-based non-profit organisation backed by the Rockefeller Foundation, that is working to bring together governments from Rwanda to Colombia to tackle the coronavirus. The Commons Project is leading the push for use of the digital health passport for travellers to document their COVID-19 test results.

With those countries signed up to the Prenetics test and the digital passport ‘bubbles’ will be created allowing passengers to move freely between these nations without any need for quarantine – a massive leap forward for countries like The Bahamas dependent on tourism.

The Tribune understands Prenetics’ tests are now being considered by the Minnis government.

“We’re able to process tests without a laboratory … the results are much faster.”

PCR tests take a long time to process and are “very expensive” because of laboratory equipment required, but Yeung acknowledged they are ideal. “PCR always is the gold standard.”

Still, he said Prenetics’ tests are significantly cheaper are almost as accurate. “In terms of accuracy, it is comparable to PCR standard and also much better than antigen testing.”

According to the U.S. Food and Drug Administration, antigen tests return results in an hour or less but sometimes produce false negatives. That means a person who has COVID-19 may test negative.

“The challenge is when you’re travelling or population screening, most of these individuals are asymptomatic,” said Yeung.

Whatever happens in the weeks and months ahead the science is going to advance rapidly.

My comrades, this is not a game. Do not allow anyone to gets you ahead using your only certainty, commonsense. Shakehead once for upyeahvote be's stoppin' thoughtin' is okay be swapping air, twice for not?