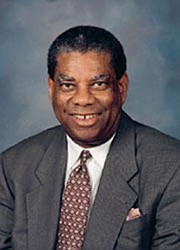 THE psychiatric community is mourning the loss of Dr Timothy McCartney, who died yesterday in Florida from COVID-19. He was 87 years old.

Dr McCartney, Ph.D, was a clinical psychologist who worked at the Ministry of Health, mostly Sandilands Rehabilitation Centre, from 1967 to 1993 before relocating to the United States.

He and his wife, Pauline were diagnosed with COVID-19 this past week.

In a statement last night, Prime Minister Dr Hubert Minnis said Dr McCartney was an exuberant, generous, kind-hearted man who excelled as a teacher and as a counsellor.

“I was saddened to learn of the death of Dr Timothy McCartney, who passed away this morning in Florida,” the Prime Minister said. “Born in 1933, Timothy McCartney was an exuberant, generous, kind-hearted man who excelled as a teacher and as a counsellor.

“A deeply spiritual and creative individual, he dedicated his life to the well-being and enrichment of his family, friends, students, clients and colleagues.

“On behalf of the Government and people of The Bahamas, and on my own behalf, and that of my wife, Patricia, I offer condolences to his wife, Pauline; his daughters: Angela and Lorraine; his siblings Coramae Major, William and Clinton McCartney and Ann Cancino; in-laws; grandchildren and great-grandchildren and numerous friends and colleagues.”

Dr McCartney had four children (two deceased), 18 grandchildren and eight great grandchildren. He was also an Organizational Development Consultant, facilitating seminars, workshops and advising national and multinational companies in the Caribbean and worldwide.

The late doctor was a Bahamian pioneer in psychology. He obtained a doctorate in psychology from the University of Strasbourg in France and also studied in the United States, Switzerland, Jamaica and England.

Opposition Leader Philip “Brave” Davis described Dr McCartney as a trailblazer and pioneer in the field of mental health.

“The Bahamas has lost a giant and pioneer in the field of psychology and behavioural science in the person of Dr Timothy McCartney,” Mr Davis said. “I join many Bahamians in expressing my sadness at his passing earlier today.

“A trailblazer in his field locally and the personification of Bahamian exceptionalism internationally, Dr McCartney was the first Bahamian to earn a doctorate degree in psychology. His broad and seminal research and development work include the book ‘Neurosis Under the Sun’, his extensive analyses on Bahamian sexuality and work on the impact of the use of marijuana.”

In 1969, Dr McCartney was awarded the Sir Victor Sassoon Golden Heart Award. And, that same year he published his first book, “Neuroses in the Sun”, which explored mental health issues in The Bahamas and Bahamian mores. In 1971, he published, “Bahamian Sexuality” and more recently in 2013 he jointly authored “U-Turn” with his dear friend and colleague, psychiatrist, Dr Michael Neville.

“I am just devastated,” Dr Neville said. “He was such a good friend. We are all going to miss him. We worked for many years together at Sandilands. In my view I don’t think The Bahamas ever realized what a brilliant person they had here.

“Even though he got certain awards here, a lot of his awards were more from the international community than here. He won the Golden Heart Award here, but I don’t know that he ever got national honours. A great sense of humour was one of his gifts. That’s what made him such an amazing teacher. The ability to teach with humour.”

Dr McCartney was a distinguished Professor of Management and the Paul Hersey Chair in Leadership at the H Wayne Huizenga School of Business and Entrepreneurship, Nova Southeastern University, Fort Lauderdale, Florida where he was awarded in 1998 and 1999, the Excellence in Teaching Award. In 2008, the School awarded him the Professor of the Year Award and he retired professor emeritus.

Apart from excelling in the field of psychology and teaching, he was an astute musician – a gifted pianist.

So sad that after so many years it was the deadly Communist China Virus that ended his life here on earth. He was much more of a national hero than many of those who have been labelled as such.