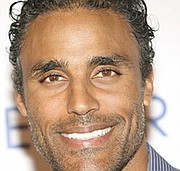 The Bahamian-Canadian joined the chorus of those expressing uneasiness about BPC’s venture in a Facebook post to his 392,000 followers. However, Mr Fox didn’t state outright whether he was for or against the project.

Instead, he took a look at the arguments for both sides while questioning aspects of the project. He acknowledged the profit to be gained potentially if the oil exploration proved to be successful.

“This has been a ten-year process slowed by COVID which they have spent $100 million preparing to drill for proof of oil in Bahamian waters – which they are expecting to discover some 1.4 - 2 billion (barrels) from the Southern Bahamas waters – if I do fast math – that’s 88 billion dollars of gross at today’s price for a barrel. This is a small percentage of the total potential haul at the end of the day from The Bahamas in total,” he noted.

Mr Fox linked an article from Oil and Gas 360, a news and information site about the oil and gas industry, giving an update on the drilling of the obligation exploration well “Perseverance #1” and the company explaining the benefit.

Mr Fox suggested oil drilling appeared to be working for “other Caribbean countries,” writing in his post, “don’t you want to be like them?”

He referred to previous comments made by the company’s CEO Simon Potter who said many other nations “have over the past decade safely and responsibly drilled offshore wells, developed or continue to develop offshore hydrocarbon resources, and reaped the economic benefits of an established or a whole new industry. Moreover, these other nations have been able to do so at the same time as seeing growth and development of existing industry sectors, such as tourism.”

But the retired basketball player did recognise many local environmental activists’ criticism of the oil exploration and even linked a video of a group of people who he said “speak authentically about their concerns for our waters”. He admitted the video got him “worked up” as he shared their concerns.

He also mentioned concerns from Bahamas Reef Environment Educational Foundation (BREEF) executive director Casuarina McKinney-Lambert, who has been appealing to be consulted on the details of BPC’s deal.

“We have asked repeatedly to be consulted on the details of the deal, to see the drilling licences themselves, for access to more information on BPC’s insurance coverage and the environmental sensitivity maps they have supposedly compiled. It seems appealing to the courts is the only way to achieve some transparency,” Ms Lambert has said.

At the end of the post, the former Los Angeles Lakers player questioned aspects of the project.

“All of this being said: I can make a strong case for drilling and a strong case for not drilling. But I have a few additional questions? Have we recovered yet from the oil spill in Freeport after Hurricane Dorian?

“With the name Bahamas Petroleum Company are there other Bahamians in ownership positions other than (former Minister of State for Finance) James Smith?

“3. After all the reading I did there was one word that bothered me the most—BPC said: ‘In success this ‘could’ reap billions of dollars to the national treasury.’ What does ‘could’ mean? Is the royalty on gross?”

Mr Fox has also been recently sharing posts from his visit to Long Island to spend time with relatives.