Man Killed As Fishermen Thrown From Their Boat 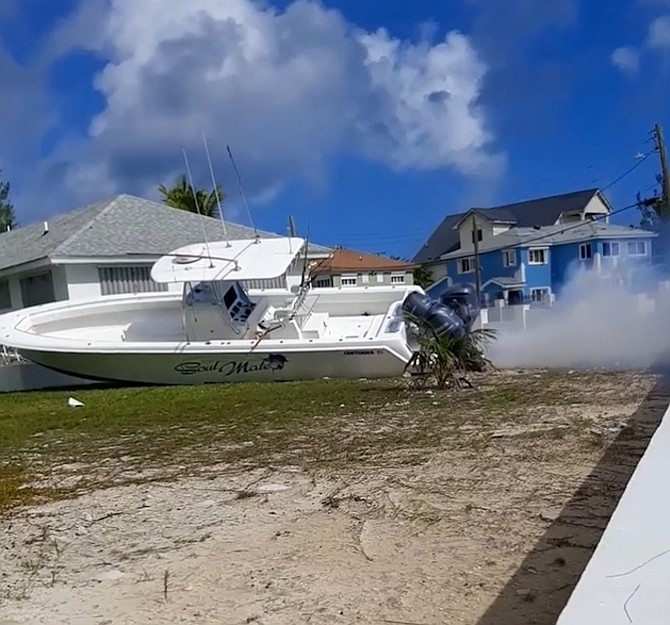 IMAGES taken from videos circulated on social media after the boat crash. 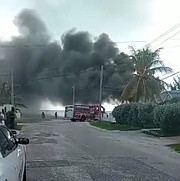 A FISHING trip ended yesterday with three men being ejected out of their 40ft Contender after it struck an object – leaving one of them dead.

The vessel ran aground in a yard in the Yamacraw Shores area and eventually was damaged by fire.

Outside the gated community, ASP Peters reported the two surviving men seemed to be in fair condition. He added EMS came in, but the men declined to be treated at the hospital.

Two of the men were Caucasians and one was black. From what police were told, they were friends and seemed to be in their early 50s to their late 50s. One of the men was the owner of the vessel.

Shortly after 1pm, they were fished out of the water.

“Preliminary reports are that sometime around 9.30am, three males departed on a 40ft Contender on a fishing trip. Shortly after 12, while returning to the marina, the vessel itself struck an object ejecting the three males from the vessel,” the officer said.

“Unmanned, the vessel proceeded on where it ran aground on Yamacraw Shores and eventually was damaged by fire. The fire department came and extinguished the vessel. A short time later, we received information that three males were in the water.

“One of the marine units responded and fished a male who was unresponsive from the water. We were also informed that a boater would’ve fished two adult males from the water and those persons were unharmed from the ejections from the vessel.”

Should have read...'boat was destroyed by fire. Engines continued to run once it ran around, eventually they caught fire and the whole boat burnt to a crisp.

The boat's name is "Soul Mates". Anyone know who owns it?

Boat was owned by a foreign national.