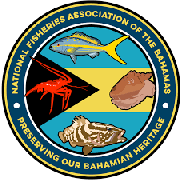 THE fisheries industry’s divide over plans to bar foreigners from working on Bahamian-owned boats deepened yesterday as the two sides hit out at the positions each have taken.

The National Fisheries Association (NFA), which represents fishermen, took aim at the position paper presented by the Coalition for Responsible Fishing (CFRF), a group that advocates for the sector’s processors, wholesalers and exporters, arguing that its claims job losses will result from the proposed Fisheries Bill are “absurd”.

The NFA, in a statement, said it had “been fighting this Coalition’ for many years.... They have made the practice of intensive conch harvest commonplace, as well as pioneering the use of thousands of deep ocean fish pots. They have prioritised conch diving year-round and we have seen the stocks plummet as a result. “Their Dominican employees have pioneered the practice of ‘cracking out’ conchs on the sea floor and littering miles of conch grounds with the shells of the dead. A disturbing sight, and a damaging practice to the continued use of that area by conchs. This is not the way conch fishing used to be done, and now we are seeing the impacts.”

But Errol Davis, the Coalition’s official spokesperson, vigorously denied the NFA’s claims when contacted by Tribune Business. He said its members were unaware of the “conch-cracking” allegations, adding that the Dominican fishermen being targeted by the NFA have been in The Bahamas for years - some of whom have permanent residency.

Mr Davis added that no commercial fishing vessel leaves conchs on the seabed, and they instead find a designated area to leave the conch shells. “No one takes conchs back to land,” he said.

The row between the two sides erupted after the Coalition published a report opposing recently-tabled Bills in parliament that seek to make the employment of non-Bahamians in the fisheries sector illegal.

The Coalition argued that over 1,000 people would be hurt by this move, adding that the ratio of Bahamian to non-Bahamian workers in the sector is just over 2:1 and that it would be Bahamian families that would suffer more if these foreign workers are not allow to harvest seafood.

However, the NFA blasted back: “They do not care about the long-term survival of the industry, only their profits and the ability to sit back and reap the rewards. “They have no basis for the absurd claim that 1,000 Bahamians will lose their jobs as nearly every business they cited as being dependent on fisheries are supported by fishing companies that are fully owned and operated by Bahamians. “We are in an era of COVID, with mass unemployment, and they are concerned about hiring more foreigners? Hire Bahamians and invest in Bahamian labour. You cannot run businesses that lower wages, and undercut Bahamian labour, then claim to be supporting Bahamians.”

Mr Davis, though, argued that the NFA “doesn’t understand how this business works”.

He added that in addition to those directly employed, during the peak season large vessels take even more Bahamians out to sea to help with the harvest. As a result, he suggested the 1,000 jobs being at risk is a very conservative number.

the “conch-cracking” allegations by the dominicans on the sea bed is true......They have created many dead areas on the Bahamas banks...Conch do not return to areas where empty shells are discarded. . i have seen first hand the destruction of our reefs by the dominicans.. The hostilities and the scale of their fisheries take from our waters on a single trip is mind boggling. It would take a Bahamian boat many trips to equal the catch of the dominicans. They some times come in Ship convoys and escape into cuban waters. They use hundreds of little rafts and dingies to load their mother ships.They use scuba Tanks which are illegal. They take undersized lobster and vacuum up any and every living thing on the sea floor. They have destroyed every thing in their waters and now they have taken aim on destroying the Bahamas. They have refined their techniques with longline fishing which involves hundreds of fish hooks on a single fishing lines and coordinate their locations and illegal activities with their countrymen located Bahamian fishing vessels to avoid capture. They sometime fire gun shots at bahamian fishing vessels to get them to leave the area. This article really hits home with me because this is one legislation the gov has gotten right. .Our young people could certainly fill the gap with the right training.....How can the Coalition support these activities by employing dominican fishermen is beyond logical thinking from so call upstanding Bahamians. ...Profit Profit Profit....thats what its all about .Keep your own down for the profit by not employing Bahamian fishermen.

Not sure where and when you would have seen these but all these activities are against the law. You should have reported this to the proper authorities .Perhaps you are speaking about illegal poaching, which no "right thinking" person in an industry that one relies on to feed ones family, would condone. All these activities are illegal and has nothing to do with Bahamian owned vessels, licensed to fish in Bahamian waters, that adhere to all The Bahamas rules and regulation. Just fyi, The Coalition initiated and coordinated the very first effort in 2016 to train young Bahamians to fill the void of the lack of skilled labour in the industry. The program was endorsed by Minister Alfred Gray and the coalition along with Mr. Peter Gilcud, recruited, developed the curriculum and sponsored the training of some 100 young Bahamians. The program included a commitment to pay young interns a daily allowance. This government changed and this program was never fully completed. The Coalition also supported the second efforts in 2019 by the Ministry of Fisheries, working with the NTA to again train young people in the industry, this effort also did not result in producing persons that were considered properly trained. The Coalition has not lost hope and are developing a plan to submit to Government to make this program successful with a slightly different approach. All Bahamian Fishermen that operate the larger boats would admit there is a lack of skilled persons, but none except the Coalition have demonstrated their commitment by actually trying and assisting to recruiting and train young Bahamians in 2016 and 2019. If you are aware of qualified divers/ Fishermen that are available please advise.

Are you talking about illegal boats in Bahamian waters..if so they should be dealt with accordingly. Absolutely.

Throwing accusations like is noted in this article from the NFA, without proof, is nothing more than an unsophisticated way of bullying and an attempt to gas light threw propaganda. It in no way moves the discussion forward in a productive manner. The rhetoric really needs to evolve...this is about growing an industry to employ as many Bahamians as possible. These are desperate times and everyone needs to work together. Smt!

The lack of cheap skilled labour of which the Fish House Coalition complains is the same for every business in The Bahamas ... and is all about money at the end of the day ... if they can hire Dominicans to fish, why can’t Constriction Companies hire Chinese and Mexicans to build, Farmers Haitians and Cubans to farm, Filipinos and Indians to work in hotels, English, Europeans, Canadians and Americans as Lawyers, Bankers, Secretaries ... I am sure you get the point ... The Bahamas is either for Bahamians or Open to ALL ... both scenarios have Pros and Cons.

Keep the foreigners out and away from the industry - that includes the DR and China.