Abaco's Chamber of Commerce president hailed yesterday's further easing of lockdown restrictions as "a great relief" in the island's battle to recover from the twin ravages of Dorian and COVID-19.

Ken Hutton told Tribune Business that the adjustments agreed to by the Prime Minister represent a "tremendous" boost after Dr Hubert Minnis clarified that residents of Elbow Cay/Hope Town and Man-O-War Cay, together with construction workers, no longer have to quarantine for 14 days when commuting between the islands and the Abaco mainland.

And the Government's latest Emergency Powers (COVID-19 Pandemic) Orders also contain several lockdown-easing measures recommended last week by Abaco's Chamber of Commerce. Three of the four cays it urged be exempted from Abaco's weekend lockdown - Green Turtle Cay, Man-O-War Cay and Elbow Cay - are now included among the islands where such restrictions have been removed.

The only one recommended by the Chamber which did not make this list was Great Guana Cay, but the Prime Minister also bowed to another Abaco Chamber request by allowing gas stations and takeaway restaurants to remain open between 6am and 6pm throughout the three-day holiday period and on all weekends going forward.

"We're very grateful for that," Mr Hutton told this newspaper of the adjustments. "I think it's definitely a great relief to everybody here. It's tremendous. We're very pleased that the Competent Authority, the Prime Minister, was willing to give us some of the things we requested. It was very beneficial, and great to see there's open lines of communication between the private sector and government on this." 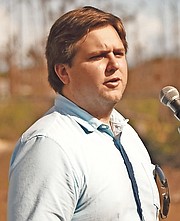 Dr Minnis, in an October 12 response to a request for clarification from James Albury, parliamentary secretary in the Prime Minister's Office and south Abaco's MP, said "residents - including construction workers - of Elbow Cay and Man-O-War Cay - can now travel between the cays and mainland Abaco without having to be placed in quarantine".

This, the Prime Minister's note said, will enable them "to access basic essentials such as groceries, pharmacies and banking" on Abaco's mainland. And the movement of construction workers without having to quarantine for 14 days will facilitate the ongoing effort to rebuild from Dorian's devastation.

The Abaco Chamber, meanwhile, has appealed directly to Jeffrey Lloyd, minister of education, to permit Abaco's schools to re-open and offer face-to-face learning after they were shut down by the latest lockdown just one month into the new school year.

"The one thing we want to work on, and hopefully will get some kind of resolution on, is the ability of schools to re-open here," Mr Hutton added. "The schools that are open have not set up for virtual learning anyway, and most had their first week of school this past week.

"It was a tremendous benefit to the local community to have their children back in school, and have a sense of normality return. To have that stopped after one week was kind of disappointing."

Mr Hutton said the minister had acknowledged receiving the Abaco Chamber's letter, which he had passed on to the Competent Authority (Prime Minister's Office) from whom a decision was now awaited.

The Abaco Chamber, in its letter to Mr Lloyd, said: "In short, minister, there is proven data that the risk of COVID-19 infection to children in a school environment is small and can be minimised further using the established procedures. We have a school-age population in Abaco that, in many cases has not been able to attend classes in over a year due to the destruction of Hurricane Dorian and the pandemic.

"Last week for many children was their first time back in the classroom in over a year, and to shut that down is likely to exacerbate an already tenuous mental health problem here. Children need security, routine and certainty; things that have been sadly lacking here in Abaco for the last 14 months. This is to say nothing of the struggle of the parents of these children."

Mr Albury, the south Abaco MP, added that the easing of 14-day quarantine restrictions was critical for Elbow Cay/Hope Town and Man-O-War Cay since they did not have access to "essential services" such as pharmacies and banks unless they commuted to the mainland. Grocery and food store options, too, were limited.

"We're still very much in the rebuilding stage all over Abaco, and Man-O-War Cay and Elbow Cay are no exceptions," he said of the easing of construction worker movements. "That work needs to go on."

The opening-up of gas stations and take-away restaurants enabled residents to access hot food and get fuel for their generators, Mr Albury added, explaining that this was critical for those whose homes have yet to be restored to the Bahamas Power & Light (BPL) grid.

"We're just in a different ball park to Nassau, so these special considerations need to be made," the MP argued. "The one we unfortunately don't have is construction over the weekend, but I'm very optimistic that over the next two weeks, as our numbers continue to decline, that we will be allowed to re-open in full.

"If I'm not mistaken, Abaco has not reported any new COVID-19 cases for a few days. We're hoping this trend continues, and if it does, I don't see any reason why we cannot have those remaining restrictions lifted."

What Minnis now need to review is the lockdown curfew of 7:00 pm. It is almost impossible for some businesses to cease operations, do closing procedures and get home all before 7:00 pm when there will be thousands on the road all trying to beat the curfew. And Minnis instructions to the police to, book them if they are caught out of curfew at 7:01 pm is asinine, childish and bullying.’ Many Bahamians are already under enough stress and for some the drive home alone is more than 30 minutes. The empty streets over the weekend proves that most Bahamians are willing to comply with emergency. Be sensitive and sensible and move the curfew to 8:00 pm

doc bowed to them He has a different rule for poor black people. He rules them with an iron hand. All should be treated the same way.

Even if these lockdowns make no sense.

I did inquire as to why Abaco was in lockdown. I was informed that it had something to do with those cases that are pending. What does the term pending mean?? when it comes to COVID 19??

I believe it has something to do with what side the competent authority gets up on.